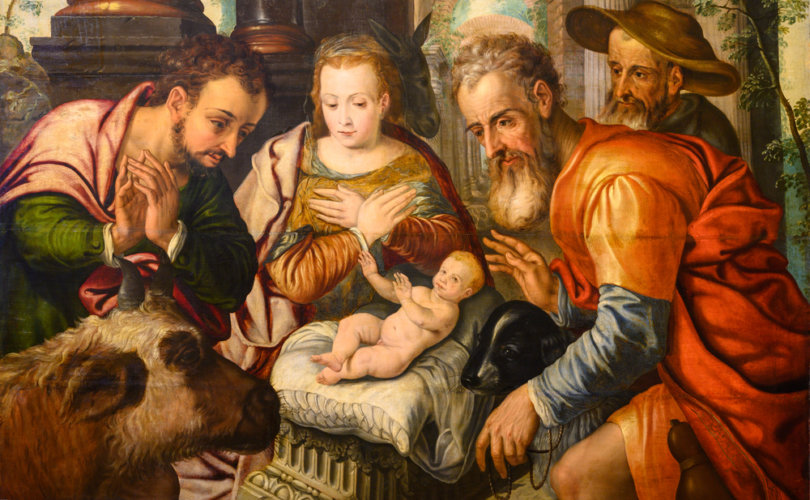 (LifeSiteNews) — Each Advent, I try to attend a performance of George Frideric Handel’s Messiah, one of the most beautiful compositions of Christian music created in the last several centuries. Taken verbatim from the King James Version of the Bible and the Psalter of the Book of Common Prayer, Handel’s oratorio begins with the prophecies of Isaiah and others; explores the annunciation to the shepherds; lingers on the Passion, and ends with the resurrection of the dead and Christ’s triumph in heaven. His Hallelujah chorus famously drew King George II to his feet during the 1743 London premiere — all audiences since have likewise stood.

The story of how Handel’s Messiah came about is itself an extraordinary one. Scarcely sleeping and eating, Handel composed the oratorio in a mere 24 days. At one point, his servant came upon Handel while he was working on the Hallelujah chorus and found his face drenched with tears. “I did think I did see all Heaven before me, and the great God himself seated on His throne, with His company of angels,” he exclaimed. Late another evening, he was found with tears streaming down his face, blurring the ink on the page before him. The servant was able to make out the words: “He was despised and rejected of men, a man of sorrows and acquainted with grief.”

The now-ubiquitous Christmas oratorio was not, at first, received kindly by the critics — although the 1742 premiere in Dublin sold out and the author Jonathan Swift, dean of St. Patrick’s Cathedral, permitted his choir to participate. It would be some years before Messiah was recognized as the work of majesty and genius that it is today, and even secular music critics now flock to hear it each holiday season.

I have long been fascinated by the abolitionist movement that began in Great Britain shortly after this period and recently discovered a connection between the great oratorio and the social reform movement begun by William Wilberforce. In 1784, an Anglican minister named John Newton — a former slave trader and sailor — grew concerned that the enormous crowds packing Westminster Abbey to listen to Handel’s now wildly popular Messiah on the centenary of his birth were missing the real significance of what he called “the several sublime and interesting passages of Scripture, which are the basis of that admired composition.”

Newton launched a series of sermons based on Handel’s Messiah urging audiences to meditate on the meaning of the texts. Throughout 1784 and 1785 he preached 50 of them, noting in his opening sermon: “But they who love the Redeemer and therefore delight to join in his praise, if they did not find it convenient, or think it expedient, to hear the Messiah at Westminster, may comfort themselves with the thought, that in a little time they shall be more abundantly gratified. Ere long, death shall rend the vail which hides eternal things from their view, and introduce them to that unceasing song and universal chorus, which are even now performing before the throne of God and the Lamb.”

In his closing sermon, Newton said: “Permit me to hope and to pray, that the next time you hear the Messiah, God may bring something that you have heard in the course of these sermons, nearly connected with the peace and welfare of your souls, effectually to your remembrance.”

If John Newton’s name is familiar to you, it is probably not because of his sermons on Handel’s Messiah — or even his sermons more generally. In all likelihood, it is his authorship of one of the world’s most famous hymns, Amazing Grace. This hymn was a favorite of the abolitionist William Wilberforce who, after being converted and grappling with whether or not to leave politics, decided to meet with Newton, an old family friend. It was Newton who persuaded Wilberforce to remain in politics and pursue God’s work there — and those late-night conversations, humanly speaking, changed the course of history for the British Empire and the world over.

To assist Wilberforce in his work, Newton later published the booklet Thoughts upon the African Slave Trade, detailing what he witnessed when he worked as a slave ship captain. “I hope it will always be a subject of humiliating reflection to me … that I was once an active instrument in a business at which my heart now shudders,” he wrote. He and his friend William Cowper, another hymn-writer of great genius, wrote a number of abolitionist hymns and poems together for the cause.

In his later years, when the crimes of his youth pressed down on him, Newton would reiterate the hope of his heart: “Although my memory’s fading, I remember two things very clearly: I am a great sinner and Christ is a great Savior.”

That is the message of Handel’s Messiah and of Advent. Christ became a man so that there might be hope for the worst of sinners — and this message shines through the black like light piercing the darkest night. And the beauty of the oratorio, as Newton noted, is primarily in the words — not the music: “Those of you who have heard the Messiah will do well to recollect whether you were affected by such thoughts as these while this passage was performed, or whether you were only captivated by the music.”