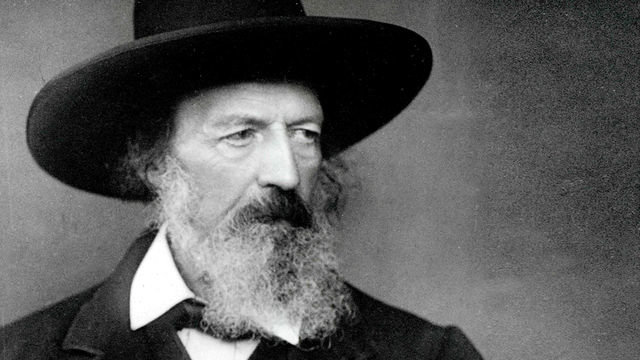 Christian Britain is vanishing without fanfare, and there is no Alfred Tennyson (pictured) or Matthew Arnold to inscribe its epitaph now.

June 2, 2016 (LifeSiteNews) – A few years ago, British writer Peter Hitchens described the decline of Christian Britain on a television show by quoting the words of A.E. Housman. As he reached the third line, an almost respectful hush crept over the studio audience:

Into my heart on air that kills
From yon far country blows:
What are those blue remembered hills,
What spires, what farms are those?
That is the land of lost content,
I see it shining plain,
The happy highways where I went
And cannot come again.

When he finished, the studio filled with applause. Perhaps the audience members recognized some truth in those simple words, even though they could not agree with much of what the fierce Hitchens had to say about the slow decline of Christian Britain. It was this scene that sprang to my mind when I read, in The Spectator, an official declaration: Great Britain was no longer Christian.

A landmark in national life has just been passed. For the first time in recorded history, those declaring themselves to have no religion have exceeded the number of Christians in Britain. Some 44 per cent of us regard ourselves as Christian, 8 per cent follow another religion and 48 per cent follow none. The decline of Christianity is perhaps the biggest single change in Britain over the past century. For some time, it has been a stretch to describe Britain as a Christian country. We can more accurately be described now as a secular nation with fading Christian institutions. There is nothing new in the decline of the church, but until recently it had been a slow decline. For many decades it was possible to argue that while Christians were eschewing organised religion, they at least still regarded themselves as having some sort of spirit-ual life which related to the teachings of Jesus. Children were asked for their Christian name; conversations ended with ‘God bless’. Such phrases are now slipping out of our vocabulary — to wear a cross as jewellery is seen as making a semi-political statement. Christians are finding out what it’s like to live as a minority.

In fact, if the number of Christians continues declining at this rate, there will be no Christians left in Great Britain by 2067.

The British poets anticipated this moment long ago, and penned verses to describe it. Matthew Arnold wrote of the cracks in the Christian consensus in Dover Beach in 1851:

The Sea of Faith
Was once, too, at the full, and round earth’s shore
Lay like the folds of a bright girdle furled.
But now I only hear
Its melancholy, long, withdrawing roar,
Retreating, to the breath
Of the night-wind, down the vast edges drear
And naked shingles of the world.

Ah, love, let us be true
To one another! for the world, which seems
To lie before us like a land of dreams,
So various, so beautiful, so new,
Hath really neither joy, nor love, nor light,
Nor certitude, nor peace, nor help for pain;
And we are here as on a darkling plain
Swept with confused alarms of struggle and flight,
Where ignorant armies clash by night.

Lord Alfred Tennyson, the greatest of the great Victorian poets, wrote of this struggle with beautiful rage in his 1886 masterpiece Locksley Hall—Sixty Years After, skewering with precision the moral corruption creeping into his beloved nation:

Pluck the mighty from their seat, but set no meek ones in their place;
Pillory Wisdom in your markets, pelt your offal at her face.

Tumble Nature heel o'er head, and, yelling with the yelling street,
Set the feet above the brain and swear the brain is in the feet.

Bring the old dark ages back without the faith, without the hope,
Break the State, the Church, the Throne, and roll their ruins down the slope.

Authors–atheist, essayist, novelist, realist, rhyrne-ster, play your part,
Paint the mortal shame of nature with the living hues of Art.

Rip your brothers' vices open, strip your own foul passions bare;
Down with Reticence, down with Reverence–forward–naked–let them stare.

Feed the budding rose of boyhood with the drainage of your sewer;
Send the drain into the fountain, lest the stream should issue pure.

Set the maiden fancies wallowing in the troughs of Zolaism,–
Forward, forward, ay and backward, downward too into the abysm.

Do your best to charm the worst, to lower the rising race of men;
Have we risen from out the beast, then back into the beast again?

The magnificent apologist G.K. Chesterton, too, turned his hand to poetry. He was a happy warrior, delighting in the great philosophical battles of his time. A Chinese waiter at a Fleet street restaurant where Chesterton liked to write described his style to one of Chesterton’s friends with admiration. “Your friend, that big man, he very intelligent,” the waiter noted. “He eat and he laugh. Then he take up a pencil and he write. Then he laugh at what he write.” Even when Chesterton was at his best, dismantling the dogmas of secularism, he wrote with verve and with joy. In 1908, he opened his novel The Man Who Was Thursday with a poem in the tradition of Locksley Hall:

A cloud was on the mind of men, and wailing went the weather,
Yea, a sick cloud upon the soul when we were boys together.
Science announced nonentity and art admired decay;
The world was old and ended: but you and I were gay;
Round us in antic order their crippled vices came—
Lust that had lost its laughter, fear that had lost its shame.
Like the white lock of Whistler, that lit our aimless gloom,
Men showed their own white feather as proudly as a plume.
Life was a fly that faded, and death a drone that stung;
The world was very old indeed when you and I were young.
They twisted even decent sin to shapes not to be named:
Men were ashamed of honour; but we were not ashamed.
Weak if we were and foolish, not thus we failed, not thus;
When that black Baal blocked the heavens he had no hymns from us
Children we were–our forts of sand were even as weak as we,
High as they went we piled them up to break that bitter sea.
Fools as we were in motley, all jangling and absurd,
When all church bells were silent our cap and beds were heard.

It is the land of such men and such art that has now rejected the Christian foundations upon which Great Britain was built and which made Great Britain great. Christian Britain is vanishing without fanfare, and there is no Alfred Tennyson or Matthew Arnold to inscribe its epitaph now. It is left to men like Peter Hitchens to call out to his fellow countrymen and point them towards the unimaginably rich heritage left by generations of faithful Britons. Perhaps the closing of T.S. Eliot chilling poem The Hollow Men will have to do: