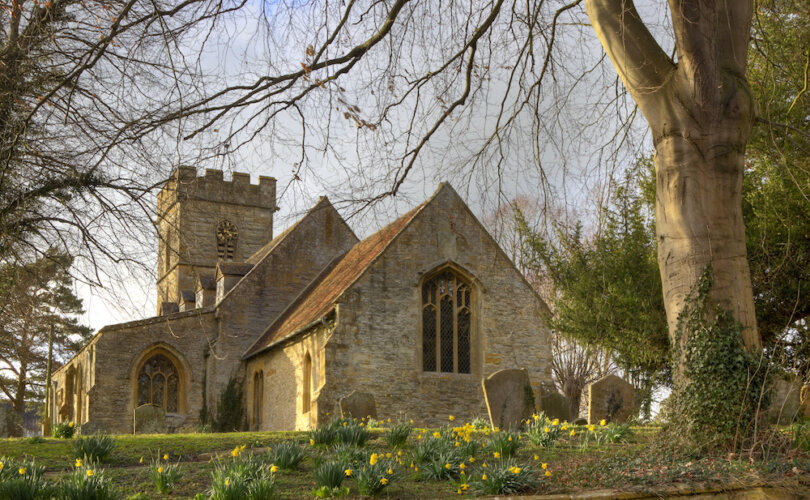 (LifeSiteNews) – Christianity in the United Kingdom has been in steep decline now for decades. In 2016, a landmark in British national life was passed when, for the first time, those declaring themselves to have no religion at all exceeded the number of Christians in Britain. Forty-four percent identified as Christian; 48 percent identified as having no religion; eight percent identified as a faith other than Christianity. If current rates of decline continue, there will be no Christians left in Britain by the year 2067. Increasingly, Britain is no longer even culturally Christian—the funerals of Prince Philip and Queen Elizabeth II may be remembered as two of the last events of such an overtly Christian nature.

An even smaller number of people actually practice Christianity by participating actively in its services and rituals—that number sits around 6%. As a result, the post-Christian British have not only left Christianity behind, they have begun to lose all memory of what Christianity actually is—and even of the stories that were once known by everyone from cradle to grave. One poll, for example, found that 38% of Britons between the ages of 21 and 28 did not know the identity of the baby in Christmas Nativity scenes; 37% could identify neither Joseph nor Mary; less than 10% could name the gifts given to the infant Jesus by the wise men. The total abandonment of a civilizational foundation is nearly complete.

Britons may not be religious as such, but humans have an innate need for worship and, as Madeline Grant pointed out in The Telegraph on November 29, “Secular Britain worships destructive new gods.” For example:

In the adherents of extreme gender identity, we see the certainty of pure faith, without any of the “honest doubt” we might associate with religion. Some secularists clearly believe that, if they rip everything down, people will magically start aligning with their own progressive norms – a level of credulity unmatched in any religion.

Another article of faith is the all-powerful state. During Covid, we saw this worldview writ large, as “following the science” became the equivalent of morality, and appalling things were justified in its name. People were stripped of their customary mourning rituals. In one horrific case, an official wrenched two brothers away from their grieving mother midway through their father’s funeral service – zealotry an Inquisitor would be proud of.

It isn’t just The Telegraph, either—there has been much discussion in the U.K. media recently on what Christianity’s decline might mean. The Guardian published a series of interviews detailing how “readers respond to the census finding that England and Wales are now minority Christian countries.” The responses were deeply illustrative in a way that I doubt the interviewees or the Guardian intended them to be.

James, a programme manager from Birmingham, was raised attending the Church of England but as he got older “the idea of an omnipotent, omniscient god, suddenly started to feel more like a fairytale you tell kids to help them sleep, and posed questions. And then I thought: ‘If God knows exactly what I’m going to do, and lets it happen, then I no longer have a free will … The church hasn’t moved with the times.” (I might argue that James’s statement is evidence that he hasn’t been in an Anglican church for a very long time—the Church of England has very much moved with the times).

Pauline, a 54-year-old retiree from Bristol, admitted that she abandoned the Catholicism of her youth because she didn’t feel like it reflected her values. “I felt that if God made everyone in his image, then why were people who were gay so hated by the church? It felt as if they were saying: ‘Jesus loves everybody but only if they’re like us’.  … I’ve decided to have a direct cremation when I die, no religious service at all. The church simply hasn’t moved with the times, people don’t recognize their own views in it any more.”

Stephen Hunsaker abandoned religion during the Covid lockdowns, noting that he was (as the Guardian put it) “alienated by some Christians’ treatment of minorities and LGBTQ+ people.” In short: “Religion is meant to help you be a better person, but I felt like it was holding me back … Guilt is an incredibly powerful emotion. But as I lived without religion and found other people in solidarity it allowed for me to figure out who I am. I feel a lot more at peace.”

What struck me about these testimonials is how shallow and rooted in ignorance they are. For many, the cultural Christianity of their youth—in which they were obviously not inculcated in the doctrines of Christianity—was simply too feeble to withstand the slightest bit of pushback. Atheist memes, the rise of the LGBT movement, and cheap caricatures now define Christianity in the minds of most people rather than the actual story of the real Christ and the genuine Gospel. None of these testimonials are tales of people grappling with Christianity’s great truths—they are the stories of people walking away from their heritage with a shrug. And as ideological movements hostile to Christianity fill the vacuum and accrue cultural power, the post-Christian U.K. will rapidly become an anti-Christian U.K.