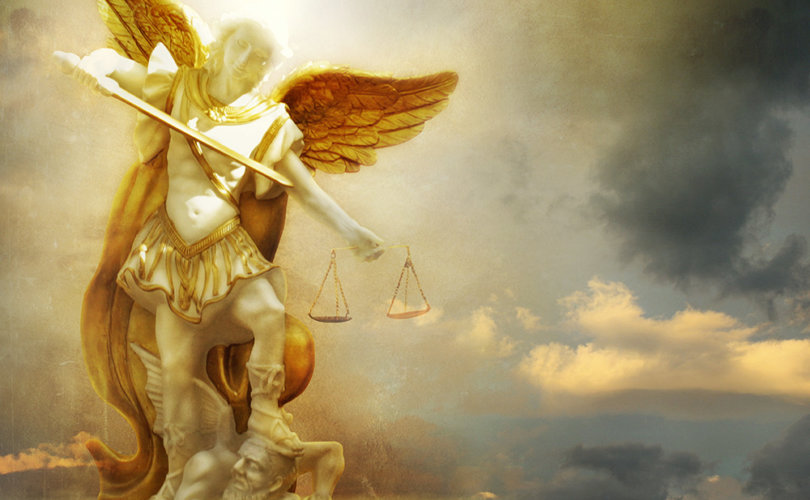 By a spontaneous and irresistible force, the practice of religion and the worship of God build up around themselves a clothing of fine arts, social conventions, familiar customs; they permeate the political order and spark intellectual endeavors. Indeed, they give a basis, direction, and momentum to all human endeavors.

Wherever Catholic Christianity takes root and flourishes, it gathers around itself, as a magnet gathers iron filings, all that is beautiful in the customs and arts of evangelized peoples, with everything unworthy of that attraction left behind. Eventually, truly great arts are born, as the Middle Ages demonstrate with such awesome grandeur — a grandeur combined with an unprecedented attention to detail.

And we see the converse: where the influence of Christianity wanes, the quality and perfection of art decline, accelerating as one unfaithful generation succeeds another. They are able, for a time, to live off the crumbs of the former culture, but these stale crumbs run out, and the people are left empty-handed and malnourished, with a gnawing hunger in their bellies. This, in turn, leads to feelings of resentment, frustration, and alienation, which erupt in nihilism, sensualism, obscenity, and violence.

There is no “quick fix” to the problem of a lost or wayward culture — it cannot be transformed overnight. There is only one way to fix it, and that is to make sure we address the foundation of it: the slow, patient, persistent sequela Christi (the following of Christ). We follow Him by embracing and handing down each and every truth He teaches us in His Church. We follow Him by receiving His goodness in the form of natural goods and supernatural graces, and leading others to share in them as well. We follow Him by preserving the works of beauty He has inspired over centuries of faith-filled culture, adding new works in harmony with those that came before.

By acting in these ways, we will find out, when the last trump sounds, that we have played our part in the restoration and revitalization of Christian culture. After all, it was in the midst of a dying, decadent, and tyrannical pagan Roman Empire that the infant Church, lacking all political influence and as yet poor in cultural resources, grew up with irrepressible energy to become, in due course, the mighty tree of Christendom that all the nations of the earth found shelter in. Catholics accomplished this miracle by following with joyful determination Him who is the Way, the Truth, and the Life. The arm of the Lord is not shortened (cf. Is. 59:1); He can work wonders anew (cf. Hab. 3:2).

What are the chief obstacles to the Christian renewal of culture? I would say there are two: one pertaining to knowledge, the other pertaining to love.

The first obstacle is in the order of knowledge: the obscuring, watering down, or plain denial of the truths of the Christian Faith given to us in Divine Revelation as taught by the Church over the centuries. I shall give some examples.

Example 1. Scripture teaches that civil authority, which is from God, shares in His power over life and death in certain cases, even as individuals may defend their own lives from violent assault. The liberals, for whom physical life is the highest good, don’t like this. So Pope Francis, a full-blown United Nations/European Union–style liberal, had it removed from the Catechism. Don’t like a truth? Change it.

Example 2. Scripture teaches that the husband is the head of the family and has authority over his wife, true headship, to be exercised in imitation of Christ’s self-sacrificial love. The Catechism of the Catholic Church just leaves this out, because it’s politically incorrect. Don’t like a truth? Give it the silent treatment.

Example 3. In 1 Corinthians 11, St. Paul teaches that someone can receive the Body and Blood of Christ to his own condemnation — i.e., in such a way that receiving it causes him harm, not help. Moderns find this altogether too harsh. They think the presence of Jesus can only ever redound to our good. The editors of the new and frequently (but mistakenly) praised Catholic lectionary promulgated in 1969 simply omitted the passage from St. Paul, perhaps because they didn’t believe it themselves.

Example 4. Scripture teaches that the path to hell is broad and many will follow it and laments the loss of those who hate God. But we dislike the view that God would punish anyone eternally, because we no longer understand, or do not wish to grant, the infinite gravity of a single mortal sin. So we spin out theories about an empty hell (David Bentley Hart) or a hell with only the devil and his angels. Don’t like a truth? Find a sophistical way to talk around it.

There are many such examples of where modern Catholic belief — sometimes even in official documents — has deviated from truths that have always been acknowledged and accepted by Catholics on the basis of Scripture and Tradition. If we desire to be faithful to the New Covenant, we must stop this ruinous fiddling with and fudging of the truth, which is offensive to God.

The second obstacle is in the order of the will, in terms of what we love. The Apostle James speaks quite clearly to us: “Do you not know that friendship with the world is enmity with God? Therefore whoever wishes to be a friend of the world makes himself an enemy of God” (Jas. 4:4). Isn’t this, in a nutshell, the whole problem of the “postconciliar Church”? The Church, which for centuries had seen itself as besieged and persecuted by modernity — which indeed it was — suddenly did an about-face and turned to the world with open arms. What has been the result? The spirit of the world, which is the spirit of the Evil One who is its prince, has permeated all the ranks of the Church until sanctity or even a basic fidelity to the catechism has become exceptional, almost extraordinary. We now evaluate our bishops on the basis of whether they believe the catechism or whether they pray. Talk about a low bar!

It is as simple as this: until God is our first love, and the things of God — prayer, penance, holy reading, liturgy, the sacraments, sacred music and art — are placed above any and all worldly goods or agendas, such as environmental conservation, immigration policy, financial aid to impoverished countries, or whatever the cause of the day might be, there can never be cultural renewal. Indeed, there will not even be religion or faith.

Christianity flourishes in the world precisely to the extent that it looks above and beyond the world, and even pushes the world aside or kicks it in the teeth and suffers its furious opposition. To that extent, raising the bastions is what we need, always, and now more than ever, not (as Hans Urs von Balthasar once foolishly wrote) razing the bastions.

Without its hallowed cloister, horarium, periods of silence, and primacy of opus Dei, a monastery meanders into mediocrity and finally self-destructs. Something analogous is true for every individual soul, every marriage and family, parish, diocese, or society of any scale.