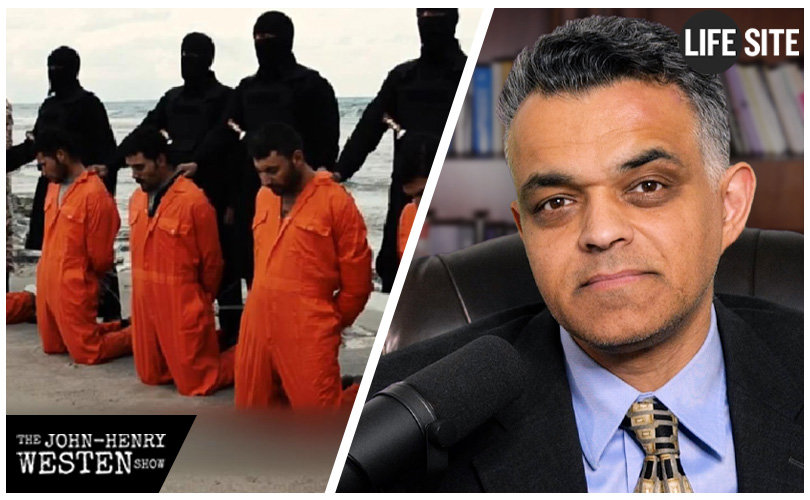 (LifeSiteNews) — The author of a new book is shining light on the persecuted Christians in Islamic countries around the world.

I recently sat down with Casey Chalk, a freelance writer and contributing editor with The New Oxford Review, to discuss why he wrote “The Persecuted: True Stories of Courageous Christians Living Their Faith in Muslim Lands.”

Chalk described how his book explains how many Islamic countries from West Africa to Southeast Asia “have various soft and hard ways that they persecute and coerce Christian minority communities.” He told me how in Pakistan, for example, where there was the very famous Asia Bibi case, so-called blasphemy laws are actually used to target Christians.

“The problem goes far beyond Pakistan,” he said. “Christians across the Muslim world are experiencing daily threats just simply for living their faith.”

In our conversation, Chalk exposed why this blatant and horrific persecution has not been addressed in Western countries. He blamed in particular the media for allowing the oppression of Christians to continue.

Chalk stated that the nature of the media today is against reporting the daily abuse Christians face in Islamic countries, and that there’s complete silence. “I think that a lot of journalists are not terribly religious themselves, so I think there’s probably just less sympathy for Christians.”

Chalk also called out the foreign policy decisions of the United States. He said the U.S. has allied and partnered with countries like Saudi Arabia simply for “energy reasons and security reasons,” while they promote radical Islamic movements across the world that persecute Christians.

In our talk, Chalk laid out some steps each one of us can take to help our suffering Christian brethren. He said that prayer is the most important thing we can do. He also mentioned how we can financially support the persecuted and use our funds wisely so as “to demonstrate our disfavor of regimes that are totalitarian and oppress Christian minority communities.”

I strongly encourage you to read Casey Chalk’s book “The Persecuted,” which you can find by going to Sophia Press.