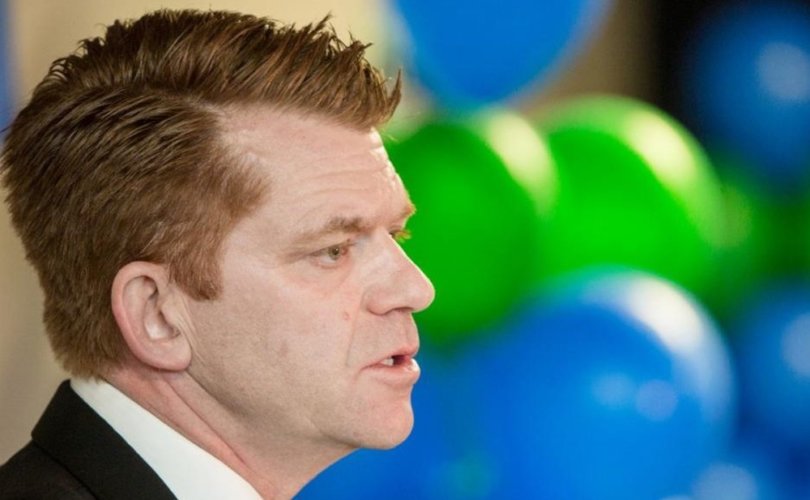 September 11, 2017 (The Bridgehead) — So true to form, United Conservative Party leadership candidate Brian Jean has decided to make public his commitment to choice in education for Alberta parents, once he realized that his opponent Jason Kenney had received popular support for doing the same thing. “From what we have seen in the social studies curriculum,” Jean announced, bravely echoing others, “there is far more emphasis on ideological social change than in preserving what makes Alberta one of the best places to live in human history.”

As the leadership race in Alberta heats up, it is important for social conservatives to realize what the stakes are. Brian Jean, the leader of the Wildrose Party prior to its merger with the Progressive Conservative Party, is conservative in much the same way that Ontario’s Patrick Brown is—he’s a former Member of Parliament who decided to take a crack at provincial politics, but doesn’t have any specific principles or passions beyond utter contempt for social conservatives. Jean didn’t accomplish much during his time in Ottawa besides discovering his current wife, who was then his Parliamentary Assistant, and after leaving federal politics in 2014, he successfully ran for the leadership of the Wildrose Party in 2015.

While Jean is now attempting to underplay his hostility to a significant number of Alberta conservatives by copycatting Jason Kenney on policies like school choice, Jean loathes social conservatives and has made no secret of that. During the race for the Wildrose leadership in 2015, for example, Jean made it crystal clear that he wanted social conservatives to get booted out of any party he ended up leading. In fact, when the Calgary Sun asked him if he was a social conservative, he fell all over himself to get on the record:

Still, there is the fear the Wildrose will be painted as a refuge for political whack jobs.

Remember the last week of the 2012 election when defeat was snatched from the jaws of an expected Wildrose victory.

“There are nuts in every party. Everybody has these people in their party who others would classify as nutbars.”

“What do we do with them? Well, at first, we can try to manage them and then we get rid of them. That’s the truth of it.

“Albertans need to be able to trust us. When they see our reaction it will be quick. It will be ruthless. It will make sure Albertans know they can continue to trust us and know we’re not some little gang of crazies.

Right. Is that clear? For any social conservative—or conservative who believes that the United Conservative Party should be a coalition of conservative factions rather than those that suit Jean’s preferences—Jean’s response leaves no room for doubt. He wants to manage social conservatives, and then kick them out of the party. In fact, he plans to deal with them ruthlessly—he may promise a few policies that he hopes will garner him a few votes from them, but then the “gang of crazies” will promptly get the boot.

Jean, after all, doesn’t think that anyone who doesn’t hold the same libertine views that he does should be allowed to engage in politics in the first place. When a few comments showed up underneath a Wildrose staffer’s Facebook status announcing his plans to attend Pride, Jean was apoplectic, even though the comments simply expressed the views of plenty of Christians—that Pride showcases a lot of exhibitionism, that the government shouldn’t be involved in the promotion of sexual lifestyles (that used to be a good liberal position), and that, as one commenter noted, “You certainly may do whatever you wish in your own private time. But do not give viewers the impression that this is Wildrose-approved.”

Jean, the supposed conservative or libertarian or whatever he calls himself at the moment, called these comments “hate and abuse,” announced that he would investigate them immediately, and went on TV to assure everyone that anybody who held the traditional Christian view of sexuality had no place in politics, no place in the Wildrose Party, and “no place in any party.” He then made a lazy nod to “freedom of speech” and “freedom of religion,” apparently oblivious to the fact that a few comments disapproving of Pride had triggered him into advocating for the disenfranchising of several religious groups.

So the stakes could not be higher for social conservatives, Christians, and others who hold traditionalist views in the upcoming United Conservative Party leadership race. Brian Jean has made himself perfectly clear: If you hold to Christian views, he doesn’t want you in his party. He may lie and pander a bit over the next several weeks, but he’s already said that you need to be “managed” and then dealt with “ruthlessly.” Jean doesn’t want a United Conservative Party, he wants a party that only contains people who agree with him on libertinism, and his libertarianism flies out the door the moment his own orthodoxies are questioned.

Editor’s note: Reprinted by permission of the author.