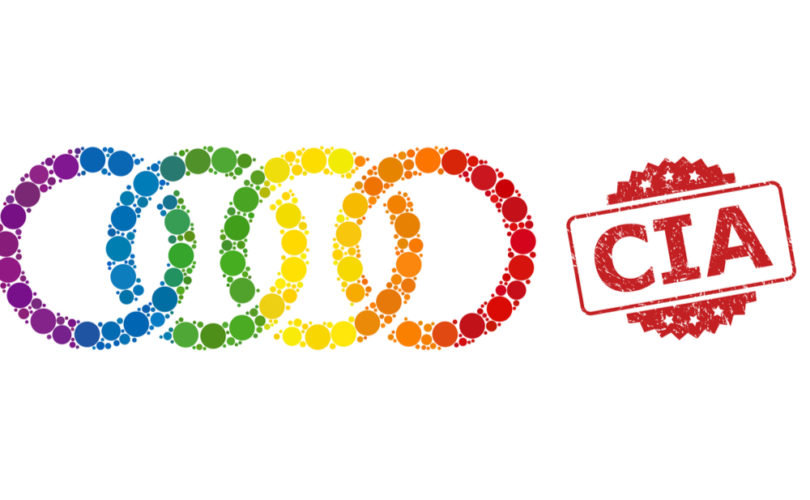 May 19, 2021 (LifeSiteNews) – I’ve been consistently documenting the process of corporations going woke one by one to align themselves with the LGBT revolution on this blog, and despite my pride in being unshockable at this terminal stage of our civilization, I’ll admit that I didn’t expect the Central Intelligence Agency (CIA) to get in on the game. I don’t know why not — after all, various branches of the U.S. Armed Forces have been going in this direction for some time — but the CIA? The jokes write themselves.

To improve its image, the CIA has released a video series called “Humans of the CIA.” The first installment featured a Latina CIA officer striding around the CIA headquarters to a soothing soundtrack while reciting lines in slam poetry style. “I am a woman of color,” she says while the music swells. “I am a mom. I am a cisgender millennial who has been diagnosed with generalized anxiety disorder. I am intersectional, but my existence is not a box-checking exercise.” Her existence may not be a box-checking exercise, but this video’s existence certainly is.

“I am unapologetically me,” she says unapologetically. “I want you to be unapologetically you, whoever you are. Whether you work at CIA, or anywhere else in the world. Command your space. Mija, you are worth it.” If you’re wondering what all of that means, it means that the CIA now speaks woke in addition to many other languages.

But it gets better – or worse, depending on your mood. The April 8 installment of Humans of the CIA features a beaming, red-haired “agency librarian.” He loves his job very, very much — and not just because his skills are being put to use for “global impact.” He also loves his job because he’s gay, and the CIA loves that.

“Growing up gay in a small Southern town, I was lucky to have a wonderful and accepting family,” he says. “I always struggled with the idea that I may not be able to discuss my personal life at work.”

So it was wonderful for this unnamed CIA employee to discover that the CIA, too, is a wonderful and accepting family. “Imagine my surprise when I was taking my oath at the CIA and I noticed a rainbow on then-Director (John) Brennan’s lanyard!” he says joyfully. He soon discovered that the rainbow lanyard was designed by ANGEL, an employee research group.

“I remember being stunned,” says this gay human of the CIA. “Officers from the top-down work hard to ensure that every single person, whatever their gender, gender identity, race, disability, or sexual orientation, can bring their entire self to work every day.” Which, I’m sure you’ll agree, is what the Central Intelligence Agency is for: Keeping America safe, spying on people, tracking down terrorists, assisting the U.S. military – and checking all the boxes.

Thus far, the CIA appears to have accomplished precisely the opposite of what they intended. LGBT activists are mocking the video series for ignoring the agency’s history of exclusion, proving once again that there will never, ever be enough concessions to satisfy the movement. Conservatives, of course, wondered what in the world the CIA was doing attempting to identify as an intersectional organization committed to tokenism and the promotion of sexual diversity while speaking like a queer studies professor rather than focusing on its actual mandate. The CIA, presumably, is working on a new video featuring a transgender master of disguises.