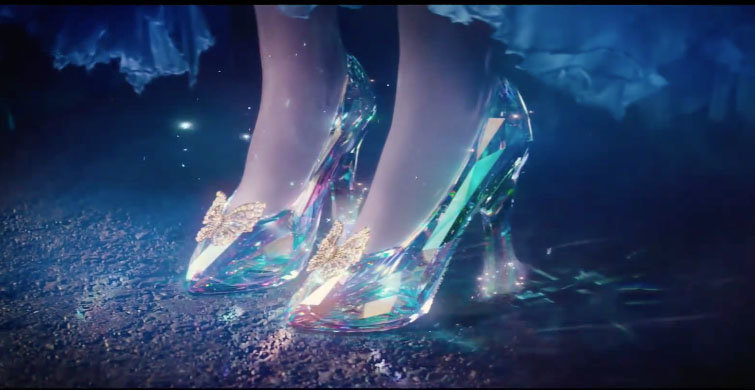 Hollywood, March 19, 2015 (LifeSiteNews.com) – Some months it seems Hollywood is only producing horribly violent, sexually depraved and generally plain awful movies. Even the previews of upcoming movies before the main feature often subject moviegoers to an extended visual assault. But, every now and then real gems are released. In the last few months my wife and I were thoroughly surprised and delighted by the following movies – “Paddington”, “McFarland” and, the latest and astonishingly perhaps best of the three, in my mind at least, “Cinderella” – of all things.

Yes, I strongly recommend these to almost everyone, although Paddington would be too frightful in places for really young children and Cinderella may also be too much of a dramatic grown up story in several parts for those same young children. McFarland is for young teens and up.

“Paddington” is a classy children’s story about a delightful animated bear that comes to real London, England and has encounters with non-animated real humans. After a few minutes of viewing Paddington he doesn’t at all seem animated anymore because the animation is so amazingly realistic. Adults will also enjoy this wonderful production.

“Paddington” is a family movie, as are the other two, and it comes with lots of laughs and silliness, good acting by all the human characters and an interesting tour of modern day London as Paddington moves around the city. It’s also an action movie, with well-played nasty villain Nicole Kidman, who obviously enjoyed her role of attempting to capture and stuff Paddington.

There is only one brief problem scene near the end reflecting poor judgment, regarding their young teen daughter and her boyfriend, by the parents of the family Paddington lives with. Still, overlook that mild stupidity and just about anyone should enjoy the movie.

“McFarland” a serious, thoroughly enjoyable and rich movie about life challenges, believing in those who don’t believe in themselves and the rewards of personal discipline, mutual respect and giving high priority to family life. It is also a true story.

This is not another sappy sports movie. It is about struggling Mexican Americans and their families and the difference that a recently humbled Anglo sports coach and his family eventually make in the lives of the teenage children of these families. We also learn to appreciate the especially hard daily life, inner strengths, strong family attachments and natural faith life of many Latino Americans.

The Anglo teacher (Kevin Costner) and his family, after having to move to this poor town, experience a needed renewal in their lives as a result of facing the difficulties of their new life in McFarland and the unexpectedly rewarding relationships they develop with its inhabitants.

At times, McFarland is raw and unpredictable as to where it is going to end up. But, there is lots of humor, inspiration, courage and, here and there, gentle signs of faith. By the end there is victory and joy and a surprising encounter with the now grown-up, real life characters of this incredible true story.

There is nothing in McFarland (the name of the town) that would be objectionable, but it is definitely not a young children’s movie. It is simply about making the very best of real life and especially real, not movie sanitized, family life. It is even pro-life. It is also a Disney movie, which I found surprising. If this is the new, revised Disney, then we have a lot more to look forward to from them.

This movie is a sleeper. That is, it ends up being much more impressive than expected and leaves viewers enriched with a lot to think about.

The audience clapped at the end of McFarland when we saw it. Now how often does that happen these days?

Lastly, in my estimation, the new Cinderella is 10 times better than Disney’s original, animated Cinderella, which I saw and loved as a child.

This time, Cinderella and all the characters are real people, except when Cinderella’s humorous Fairy Godmother changes a pumpkin into a coach with coachmen and horses. The movie’s human characters are far more real than you would expect in a Cinderella movie, revealing sorrow, fear, anger, deep, genuine love or palpable, controlled hatred (the stepmother). Australian classical actress Cate Blanchett plays  the cruel stepmother.

It’s a wonderful, spectacular production with awesome sets and costumes, superb musical score, emotionally moving scenes and excellent acting. A children’s movie? Yes, but it is also just as appropriate for adults. In the few places where special effects are most obvious they are incredibly well done. Don’t like animation and Disney movies? This one will be a different experience for you.

“Cinderella” powerfully reinforces the preciousness of family bonds- daughter loving father and mother, and they her very deeply, and the sorrow that naturally accompanies such love when tragedy strikes. The prince and his widower father, the king, also have a manly, loving, father-son relationship. Both boys and girls and men and women will enjoy this version of “Cinderella”. The movie is above all a thoroughly convincing advocate for the virtues of courage and kindness, without being overly sentimental about these.

However, I just wish Cinderella’s gown for the Prince’s ball was not so revealingly low cut. There are a fair number of distracting bosoms in the movie. Oh well, I guess that was the dress of the period and we can’t expect perfection in any movie.

This modern re-creation of “Cinderella” is unexpectedly rich. I’ll bet many will want to see it again. It sticks with you after it has been experienced – always a sign of the best movies. And you know, everyone in the theatre clapped at the end of this movie as well.

By the way, hang around while the credits are playing at the end to listen to the music during that time. It’s gorgeous, especially the song by the obviously very talented Cinderella star herself, English actress Lilly James from “Downton Abbey”, who has a wonderful singing voice.

Hats off to Disney once again. What has happened to them?! They seem to not only have come back to their original principles, but surpassed and deepened them.

There are signs of encouragement here and there in Hollywood after all.

Take your children, wife or husband or others to at least a couple of these movies. It will be an enjoyable time out. We all need a break from the bad news and stresses of today’s daily life and from reading LifeSiteNews reports.

If these movies are gone from the theatres by the time you read this article, then get the DVDs or watch them online. However, “Cinderella” should ideally be seen in a theatre on a large screen, given its impressive visuals and music score (but its not a musical).