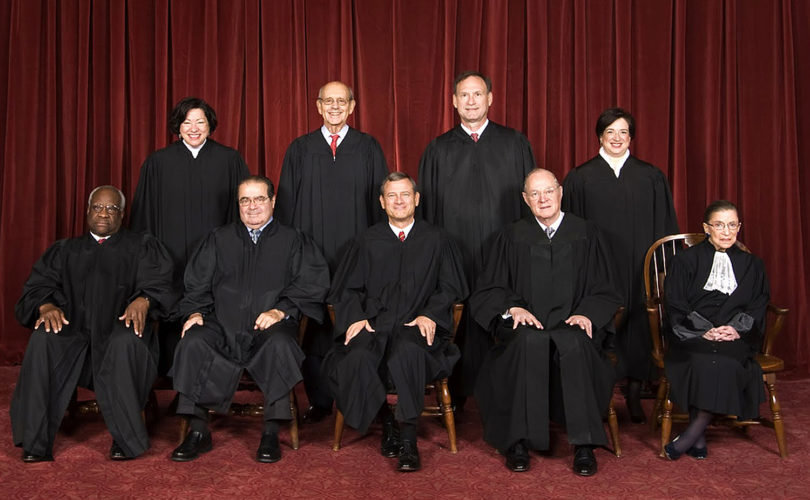 As a man from the temperate north, I'm not well acquainted with the colorful array of deadly snakes that warmer and wetter regions swarm withal. I have never waded waist-deep in a bayou to “tickle” catfish, while trusting that the water moccasins are floating elsewhere. I have seen a coral snake only in pictures. But with those human snakes that lie outside of the herpetologist's purview, I have as much acquaintance as anyone, particularly as my work is in academe, where the nesting is very fine.

To which of the snakes, then, shall I liken serpens sapiens, serpens academicus? When I think of the outrages to common sense, common decency, and the common good that are regularly perpetrated by professors, politicians, and judges in my country, the cobra is the snake that comes to mind. Consider the cobra in action. He raises his head and a third of his body above the ground, spreads his hood wide, and begins to duck and weave, duck and weave, “fascinating” the little bird he is about to kill.

It's the fascination that I am after here. We have been fascinated by cobras – hoodwinked, played for suckers, picked clean, bled white.

If the serpents tell us that they alone possess the esoteric knowledge required to interpret something as difficult, as arcane, as slippery, as the Constitution, we must reply that they are the slippery liars.

The cobra is not more intelligent than is his supper, the bird. The Wizard of Oz, that more genial snake and scapegrace, was certainly not more intelligent than were the people he ruled. But he had a big projection machine with smoke and fire and thunder and other special effects produced by levers from behind the curtain. And he had big words. “You clinking, clanking, clattering collection of caliginous junk!” he roars to the Tin Man, when that mild fellow had the temerity to approach him. The cobra has a hood and a dance. Serpens sapiens has his impenetrable jargon, his barrage of minutiae, his theoretical considerations too elevated for the common man. Serpens sapiens has a black robe.

“We are the King Cobras of the court,” they say, ducking and weaving, “and when we speak, let all the world be still.” They are the mystical high interpreters of the Constitution, and the little birds, mere citizens, flutter before them, fascinated, helpless, waiting and hoping against hope that the Cobras will leave in their nests a hatchling or two of what once was a self-governing, republican people.

But why should we afford them that deference? In Canada, I'm told, the people's representatives now send drafts of legislation to the Den of Cobras, for prior approval – sparing the Cobras the effort it takes to dance. In the United States, what once was a Constitution, a Robert's Rules of Order governing the mutual relations of various bodies of government, has now become a Cultural Manifesto, or rather an Anti-cultural Manifesto. The amendments designed to set limits upon the ambitions of political men at the national level – thus far shalt thou go, and no farther – are now turned against ordinary people, their customs, their shared view of what it means to live a good life, and their free dealings with one another. It is now apparently “unconstitutional” to be a private citizen and to say and do a hundred things in public which the Ruling Class, the Cobras, do not approve. But it is not unconstitutional to compel ordinary people to participate in things they believe to be evil.

We must have government, so we must have courts, and I will concede some form of “judicial review” to the highest court in the land. But I cannot concede to them any final constitutional authority, not unless I concede the whole republican project; and I certainly do not concede to them any cultural authority. They are not wiser or more virtuous than the rest of us; and these days they cannot even be credited with any great breadth of human experience or learning.  They know neither how to clear a field nor how to parse a verse in Homer. So why should we look upon them as deities, or even wizards? Nor does the Constitution require that we do so. For there is a fourth branch of government, tangentially acknowledged in the Constitution, though all but forgotten now. That fourth branch needs to snap out of its fascinated stasis, and resume its authority.

What it is, I'd like to suggest by turning to an old textbook, The Eighth Year Literature Reader (1917), edited by one Leroy Armstrong. Of the considerable merits of this humane book, a careful and intelligent and sweet introduction to the art of poetry, there is much to say. But it's what the book takes simply for granted that is most telling: that much of the greatest poetry is religious, and that it is good and noble to heed the lessons of piety and humility, or duty and magnanimity, especially if those lessons come from the very faith that gave birth to one's civilization and culture.

Let me take one example: Whittier's short narrative poem, “Abraham Davenport.” The setting is simple enough. Mr. Davenport and the other legislators had assembled in the state house in Hartford, when suddenly so great a storm hit, it seemed the world was about to end: “It is the Lord's Great Day!” cried the lawmakers. “Let us adjourn.”

“This well may be
The Day of Judgment which the world awaits,
But be it so or not, I only know
My present duty, and my Lord's command
To occupy till He come. So at the post
Where He hath set me in His providence,
I choose, for one, to meet Him face to face, –
No faithless servant frightened from my task,
But ready when the Lord of harvest calls,
And therefore, with all reverence, I would say,
Let God do His work, we will see to ours.
Bring in the candles.” And they brought them in.

Armstrong then asks the students some searching questions about the poem, and not only about Whittier's choice of words or phrases. “Was the confidence of the lawmakers in Abraham Davenport well placed?”“What was the keynote of this old Puritan's life?”

In Armstrong's time, the King Cobras had not yet fascinated the birdie politic; and the national government had not yet transformed itself into a feudal lord, dispensing its confiscated largesse to its favorites, but threatening to starve those who dare to question his wisdom or beneficence. So the State of California commissioned Armstrong to produce a series of textbooks. This book is one of those. The copyright is held by “the people of the State of California.”

The fourth branch of government to which I am appealing is not a branch that comes into existence by statute. It is not a congress, an executive, a judiciary, a state, or a municipality. It is perhaps not best considered a branch, but a trunk, a source of whatever delegated civic authority the branches may possess. When Leroy Armstrong judged that it was good for young people in a public school to read great poetry, even if it was religious, and to think about its beauty and truth, even if they were inseparable from religious faith – I intend the mordant irony here, because we behave as if the words of Jesus were infected with cholera, but not the words of Cicero or Franklin, or the murderous Chairman Mao – when he so judged, and acted upon his judgment, he was interpreting the constitution of his country, which was his also to interpret. The people of California who copyrighted the book interpreted the Constitution when they did so. The teachers who taught from it, the parents who cherished it, the students who learned from it, they were all interpreters of the Constitution, by their deeds. What they did was no more controversial than breathing. It was also no less fundamental and necessary.

That is the trunk of government, the people themselves. It is our constitution too. It was not written for lawyers, to benefit lawyers. So what if the cobras dance? If the serpents tell us that they alone possess the esoteric knowledge required to interpret something as difficult, as arcane, as slippery, as the Constitution, we must reply that they are the slippery liars, that they are not geniuses, that the range and the degree of their authority are limited, and that we reserve the right to pass judgment upon their judgment, when such judgment overrules the immemorial habits of ordinary people doing ordinary things. We will be fascinated no more.