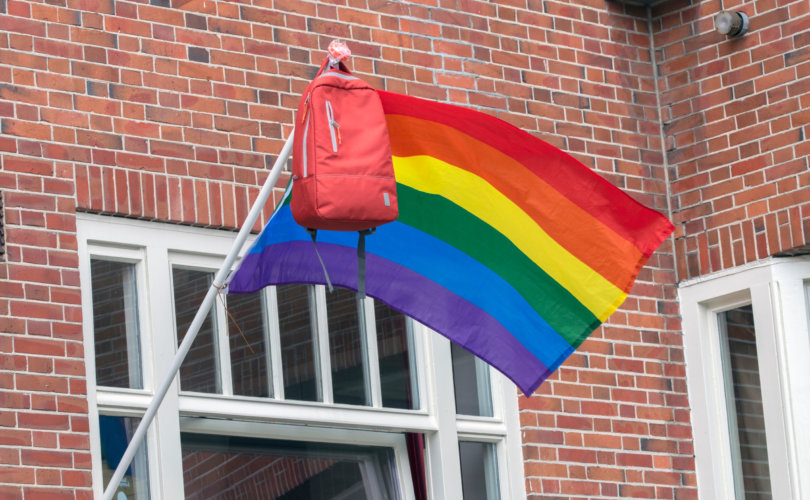 (LifeSiteNews) – A couple of years back when the LGBT movement was gaining steam, conservatives on Twitter would often jokingly respond to stories of the latest cultural capitulation with the response: “See you in the gulag!” It was a reference to the sinister passion of our cultural elites to re-educate everyone into the new values of the sexual revolution while suppressing expressions of the old, Christian values that once animated the West.

The joke seemed less funny in 2018 when trans activists at the U.K.’s Goldsmiths University made the case that gulags were, actually, “benign places where inmates received education, training, and enjoyed the opportunity to take part in clubs, sports, and theatre groups.” The more than one million people who died in these camps were not mentioned by the trans activists, because you need to break a few eggs to make an omelet, as another gulag fan once said.

We would do well to take this sort of enthusiasm seriously. Re-education camps—usually referred to as “training seminars” with soothing corporate-speak that cannot mask the compulsion behind it—are a tool that the LGBT movement is only too happy to use.

Just ask Phil Vagos, a Jefferson County Public School teacher in Colorado who, during a May 2021 email exchange with a student who identified as “transgender,” noted that the huge spike in students identifying with different genders was a “trend” and observed that some young people come to regret their transition. Both of these facts are obviously true (and recently articulated by none other than the liberal TV host Bill Maher). The student, a biological girl identifying as male, took umbrage with these facts.

Further, the student asked to be addressed as “he/him” when “in absence of parental figures,” according to The Daily Caller. The teacher used both the name and pronouns requested by the student, sent her some information on de-transitioners, and signed off amicably, writing:

And as much as I don’t want to interfere in anything that isn’t my business, given the P.S. of the email I thought it might be helpful for me to provide a link regarding the transitioning process that has become a recent trend among young people in the United States. I typically wouldn’t do this, although you did mention that you are using an alternate name and gender outside of your parents’ presence, which tells me that this might not be the result of a consensus of agreement between you and them. In any event, please forgive my presumptuousness on my part regarding this issue. But I am a firm believer in making fully informed decisions … especially when they may completely and permanently alter one’s life.

In December of 2021, Vagos was the subject of complaints by a parent who objected to his lack of mask-wearing and a student who complained about his alleged conservatism. He was investigated by the district and, The Daily Caller noted, “represented by the local teachers’ union, whose representatives use preferred pronouns in email signatures.”

They found that the email, which had triggered no prior complaints, constituted “harassment of students based on sexual orientation.” Vagos received a reprimand letter informing him that his “response to this student and the provision of this link [on de-transitioners] imparts a lack of support and reduces a student’s self-identification as being transgendered as a ‘trend’ rather than something real the student is experiencing.”

District officials did not explain why a student could not be both a) experiencing something real and b) experiencing a trend. Instead, Vagos was shipped off to mandatory re-education training called “Gender Inclusion 101” hosted by the Jefferson County Equity, Diversity, and Inclusion team.

The training included videos such as “Mom, I’m Not A Girl: Raising a Transgender Child,” “What is a Gender Inclusive School?” and “Avery’s Story.” Vagos, who has taught at the school for 15 years, was replaced by a substitute teacher during his re-education. The Jefferson County District, it bears mentioning, advises teachers to work with trans-identifying students before telling parents, and that telling parents may sometimes be “dangerous.”

This re-education in the tenets of an ideology that took over the public education system less than a decade ago was, of course, compulsory. Ideas that would have been utterly foreign to the vast majority of schools when Vagos started teaching are now required beliefs that must be followed if he wants to keep his job. As I’ve written so many times in this space, the public education system is simply a tool utilized by activists to promulgate their ideology. For those who disagree—there’s re-education camps to purge any residual truth, morals, or common sense.