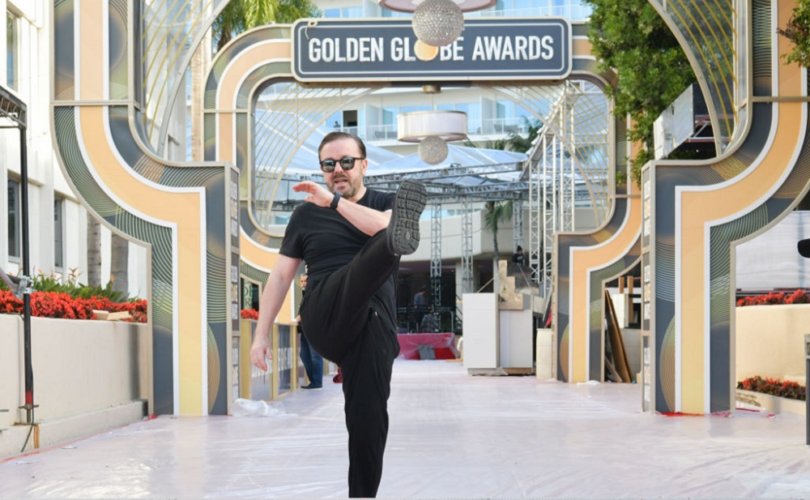 September 11, 2020 (LifeSiteNews) — As Ted Cruz noted on Twitter today, “Hollywood is funniest when they don’t intend to be.” He was referring to alleged comedian Trevor Noah’s recent comments on the massive wildfires originally sparked by a pyrotechnic device utilized in a gender reveal party that has since raged out of control and burned over 10,000 acres. When it started, I joked on social media that it was unbelievable that gender reveal parties are still a thing, considering that they are clearly transphobic. Predictably, Noah agrees — but he apparently isn’t joking.

Referring to the wildfires sparked by the gender reveal party, Noah noted that “aside from all the damage it can cause, celebrating a baby’s genitalia is starting to feel very outdated.” Why is that? Because “given everything we’re learning about gender, gender reveal parties should only happen when the child is old enough to know their actual gender.”

You’ll notice a few things about Noah’s comments. First, there’s the assumption that your genitals have nothing to do with your gender — which is, strictly speaking, nonsense. But if you believe that there are plenty of women who happen to have penises, then suddenly a gender reveal party instead becomes “celebrating a baby’s genitalia” rather than, you know, his gender. It appears that Noah has struck on the only thing dumber than causing a natural disaster by wildly overdoing your gender reveal party: believing that children choose their gender at some random point, presumably after they have been told they have options. These are the folks who believe that doctors “assign gender at birth,” as if physicians are just sort of taking a stab at it.

Comedians have been not been entirely on board with the trans agenda (or at least they cannot resist making jokes about such a bizarre phenomenon) and have pointed out many of the absurdities of transgender claims. Dave Chapelle attracted a lot of flak for mocking the idea that people could simply change genders and stating that the transgender experience is funny. Disgraced comedian Louis C.K. mocked transgender pronouns in a leaked profanity-laced set that was widely condemned. Bill Burr joked about a trans fighter pilot’s “discarded d—.”

Ricky Gervais famously went the farthest after being accused of “deadnaming,” the practice of using a transgender person’s given name, as opposed to the new opposite-sex name he has chosen for himself. He responded by doing an entire series of jokes on Bruce Jenner prior to his presenting himself as Caitlyn Jenner, replete with plenty of examples that highlighted just how ridiculous the entire charade is. He also attracted the ire of trans activists with a public Twitter spat on the case of Jonathan Yaniv, the man posing as a woman and suing beauticians who decline to wax his very male genitals. All attempts to re-educate him have failed miserably.

These days, telling jokes about the transgender community has become a mortal sin. We’re not supposed to joke about our new orthodoxies, especially not if the jokes actually make people laugh. Progressives have pushed out Christianity and guard their new dogmas with incredible fervor — and heresy-hunting is alive and well. Progressives also believe that sacred things are no laughing matter, but their sacred things are transition rather than conversion, and their confirmation rituals involve genital mutilation, hormone therapy, and new names. Nature may say one thing, but the trans movement defies nature itself — and Trevor Noah, like so many others, has abandoned humor for the pulpit, telling us we must get serious and get with the program.

The trans agenda, after all, is no laughing matter.

Alessandra Bocchi is an Italian journalist well-known for her freelance reporting all over the world. She believes the mainstream media is driven by ideology rather than a desire for truth. It’s “hard to find a nuanced and informed view” on current events, she says. Journalism today is “all about personalities and memes rather than substance.” It’s more concerned with “catering to [the progressive elite] as opposed to reporting the truth…they’ve lost their integrity and credibility in many respects.”

Jonathon’s new podcast, The Van Maren Show, is dedicated to telling the stories of the pro-life and pro-family movement. In his latest episode, Jonathon interviews Alessandra Bocchi, an Italian journalist well known for her freelance reporting all over the world. She believes that the mainstream media are driven by ideology rather than a desire for truth. It’s “hard to find a nuanced and informed view” on current events, she says. Journalism today is “all about personalities and memes rather than substance.” It’s more concerned with “catering to [the progressive elite] as opposed to reporting the truth…they’ve lost their integrity and credibility in many respects.” You can subscribe here and listen to the episode below: