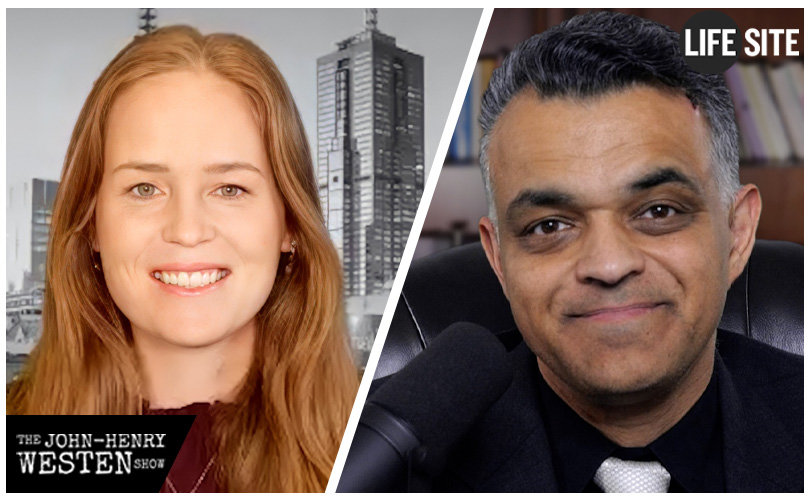 (LifeSiteNews) – An activist fighting the COVID tyranny in Australia issued an appeal to the world for help as the country enters an extreme new phase of mandates.

Go to LifePetitions.com to learn more about the “S.O.S. From Australia” protests and campaign in the US, Canada, and UK.

Many of you might have heard of Monica Smit, the brave freedom activist who was arrested and sent to jail for more than three weeks for fighting the government’s lockdowns. I spoke to her and her parents at the end of September, after her release from prison.

In this conversation, Smit gave a shocking update as the Australian governments are increasing COVID mandates and abusing human rights and freedoms along the way. She lives in Victoria, a state in southeastern Australia.

Smit said that even though Victoria recently ended a harsh lockdown, after being the most locked down state in the entire world, “a false sense of freedom” has returned, only for those who took the jab.

“There’s a complete apartheid at the moment,” she added, as people are forced to show their papers to access gyms, cafes, and even to attend religious services. Those who refuse the COVID shot can only go grocery shopping or to real estate viewings, the Australian said.

Smit pointed out, “religious exemptions don’t exist here in Australia because we do not have a Bill of Rights,” after courts have sided with the government’s dictates on this issue.

What’s even more shocking, with these emergency decrees ending in December, the government is planning permanent legislation that takes this medical fascism to an even worse level.

Smit detailed that these laws are so broad that “anyone can be detained for up to two years based on their characteristics, attributes and circumstances.” She said it allows the premier, Daniel Andrews, “to imprison anyone based on their actions.”

Also, the legislation would give Andrews the authority to declare a pandemic “based on his own advice” regardless of a real health emergency. “He could literally do whatever he wants based on this bill,” Smit stated.

Despite all this, Smit offered some hope. She said that the divisive vaccine passports and totalitarian mandates have brought together hundreds of thousands of people to protest in the streets and across Australia.

Smit added that these massive protests “have caused a lot of chaos within the Parliament,” and that the narrative is shifting from calling the attendees “anti-vaxxers” to “terrorists.”

The activist issued an appeal to the whole world, calling on people in every country to protest at their Australian embassies on December 4, 2021 at noon to restore freedom. She said that this nation “is the tip of the spear” as it regards the COVID tyranny, and that the whole world is next after Australia.

LifeSite has set up information and petitions regarding this campaign for our audience in the United States, Canada, and the United Kingdom. You can click on those links to learn more about the “S.O.S. From Australia” protests and to petition the Australian officials to stop this tyranny now.