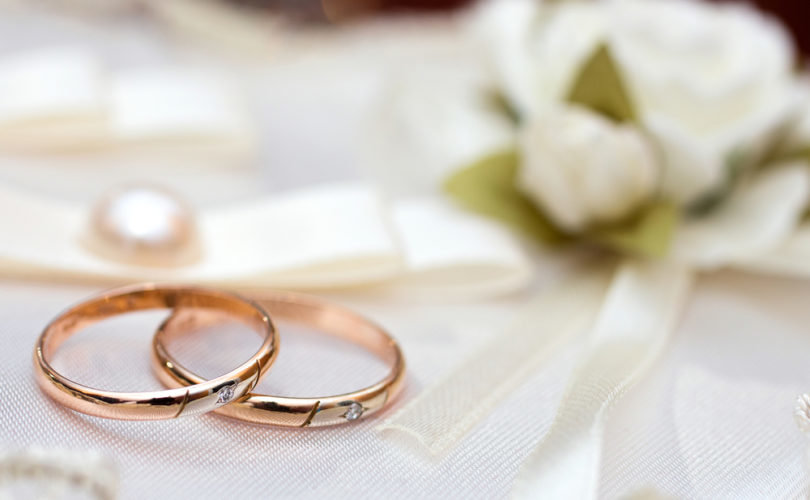 Apart from the bevy of Cardinals and Synod Fathers saying very questionable things about communion for “remarried” Catholics in public, there are concerning reports coming from inside the Synod, as well. While the presentations of the couples at the Synod are being revealed in full, the interventions of the bishops present are not, despite the appeal to have the all public made by the Vatican’s own Cardinal Muller.

But even the summaries of the states by the Synod Fathers betray confusing and concerning interventions. Here’s a sampling from the past few days:

And on Thursday, there was the first and only intervention of one Synod Father revealed in full by the Vatican: A pitch for communion for divorced and remarried Catholics.

“And the final thing I want to read was one of the most touching interventions. I haven't read in the past week but this one is worth reading and I think you'll see why. It's very simple. The Bishop said:”

I'd like to share with you a simple experience. While officiating at a funeral service as a vicar parish priest in the 1980's I noticed something very unusual and curious. The departed husband in the coffin was holding in his hand not only the rosary but a plain envelope addressed to the parish priest. When the service was over, softly I asked a member of the family about the envelope. The man failed in his first marriage, I was told, due to various complex causes one could imagine. Then he remarried in civil court. The couple clearly understood the position of their present marriage within the church. Therefore while keeping very active in the community and diligently going to Sunday Mass, they never received Holy Communion.

Upon reaching old age, they consulted their parish priest whom they knew well to express their earnest desire to receive Holy Communion. After several consultations, their pastor suggested to them to see another priest a canon lawyer. Apparently the pastor had already discussed the matter with the canonist. The couple duly consulted him several times, and the husband fell seriously ill.

One day he received a copy of a letter from the canonist to his pastor. As far as I can recall the letter read, “After having faithfully followed our direction particularly through a life of personal and family prayers and diligent attendance at Sunday masses, they beseech the grace of beneficence be granted for permission for Holy Communion. After proper investigation, due considerations and listening closely to their life experience we are of the opinion that they have received and reached the proper disposition and the right time to be granted the grace of receiving Holy Communion.”

“The narration says that the bishop said he was so happy receiving the letter that days before meeting his Creator, he asked his family to make sure that the letter be placed in his coffin so that he could personally take it to St. Peter.”