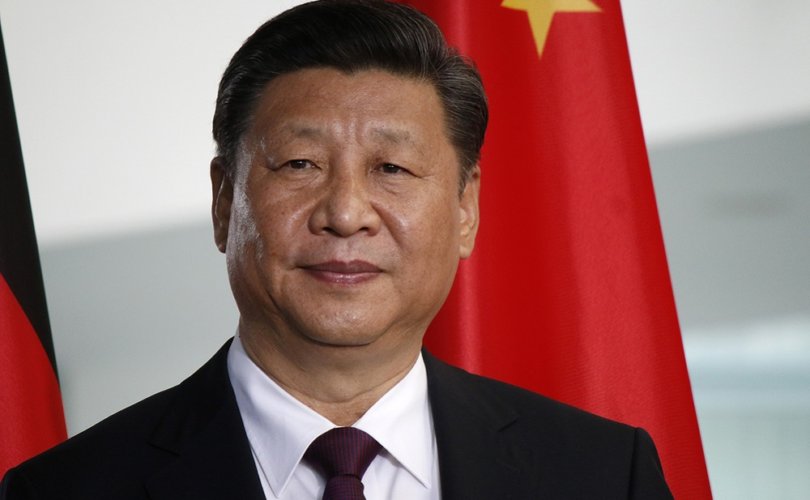 A product of the Republican congressional caucus led by Leader Kevin McCarthy, the report calls China a “generational threat” and urges the U.S. to  stop playing defense and go on the offensive where China is concerned.

The U.S. is in danger of “losing the future to today’s Communist superpower,” the report says, urging that America move beyond viewing CCP-controlled China simply as a “strategic competitor” and even beyond adopting a policy of “containment.” Rather, it suggests, our policy should be one of bringing about the destruction of the Chinese Communist Party as a political force.

In the report’s own words, the Trump administration should “clearly and publicly state an intention to break the CCP’s totalitarianism.”

America has broken a totalitarian system before. Does anyone remember a country called the Soviet Union? It no longer exists. President Ronald Reagan broke it by exploiting its weaknesses.

It is precisely this precedent that the report suggests we follow:

In order to effectively respond to the CCP’s ideological challenge, the U.S. needs to borrow from the Reagan Administration’s strategy against the Soviet Union. President Reagan’s policy was guided by an overarching objective as timely now as it was then: America’s goal must not be indefinite coexistence with a hostile Communist state, but rather, the end of the Party’s monopoly on power.

Or, as the Gipper himself put it with typical Reaganesque wit:  “We win; they lose.”

The end of the “Party’s monopoly on power” necessarily means the end of the People’s Republic of China itself, just as the destruction of the Communist Party of the Soviet Union as a political force meant the end of the Soviet Union.  The so-called “government of the PRC” is a mere extension of the CCP, after all, while the loyalty of the People’s Liberation Army is explicitly pledged not to country, but rather to the Party and its current leader, Xi Jinping. In fact, “Core Leader” is working hard at present to convert the PLA into his personal army, much like the emperors of China’s feudal past.

If the CCP collapses, so will the PRC. It will be necessary for the Chinese people to devise new institutions of government, which will hopefully be based on the right of every human being to live in freedom.

The report rightly begins with a discussion of the ideological competition between the U.S. and China, since the battle to determine whose ideals will dominate the world of the future begins in the minds of men. President Reagan understood this, delegitimizing the Soviet Union by calling it “an evil empire” and challenging the last Soviet dictator, Mikhail Gorbachev, to “tear down this wall” that divided the totalitarian East from the democratic West. He was not called the Great Communicator for nothing.

The Chinese Communist Party certainly understands how dangerously seductive democratic ideals are. The Chinese communists have openly stated that constitutional democracy; universal values; civil society; free markets; independent journalism; dissidents, and even the Party’s own history, honestly told, are an existential threat to their continued rule.

This is precisely why the report urges that the Trump administration attack just these points of vulnerability. The Trump administration should “continue reasserting that democratic freedoms are the right of every human being, whether they live in Shanghai, Xinjiang, or anywhere else in the world. Freedom is not the exclusive domain of one nation or one people, and the CCP’s enslavement of one-fifth of mankind threatens both U.S. interests and values.”

China competes with us not just in the realm of ideas, but across all domains, from trade and technology to national security and economics. The report, which is 141 pages long, is intended to be a “comprehensive blueprint” for how to counter these multitudinous threats posed by the CCP.

It contains more than 400 recommendations of how the U.S. should respond, from moving medical supply chains away from China to imposing new sanctions to punish the regime’s human rights abuses against religious believers and minorities.

Other recommendations call for negotiating a free trade agreement with Taiwan, monitoring CCP investments in U.S. firms, and launching a major information campaign. This should not only be designed to counter the CCP’s propaganda efforts in the U.S., but also reach people inside China with the truth about the Communist tyranny that oppresses them.

In my view, the report marks the first time since the normalization of diplomatic relations with the PRC in 1979 that the U.S. Congress — at least the Republican caucus — has offered a realistic assessment of the Chinese Communist Party. Decades of engagement with a fundamentally hostile regime has been an abysmal failure. The hope that it would “peacefully evolve” into a state that respected human rights at home and abided by international treaties and conventions abroad has proven bootless. The truth is that the CCP has since its founding been carrying on a kind of unrestricted warfare against the U.S. — sometimes open, more often covert — with the idea of replacing the U.S. as the dominant power on the planet.

As of this moment, Xi Jinping believes that the CCP is on track to win that war. He has spoken of the period between 2017 and 2022 as the pivotal moment for the CCP’s long-term plan of “national rejuvenation.” And his “China Dream” is one in which China overtakes the U.S. by 2049, the 100TH anniversary of communist rule in China, and creates “[a] world in which China’s preeminence is achieved and recognized, and China is unconstrained. A world, in short, with China at its center.”

The report concludes by identifying China as “[a] unique and exceptional threat by a totalitarian regime [that] marks an emergency for liberal democracies. Without immediate, sustained, and comprehensive action we risk President Reagan’s cautionary point that “one day we will spend our sunset years telling our children and our children’s children what it was once like in the United States when men were free.”

Let us pray that will not be their fate.