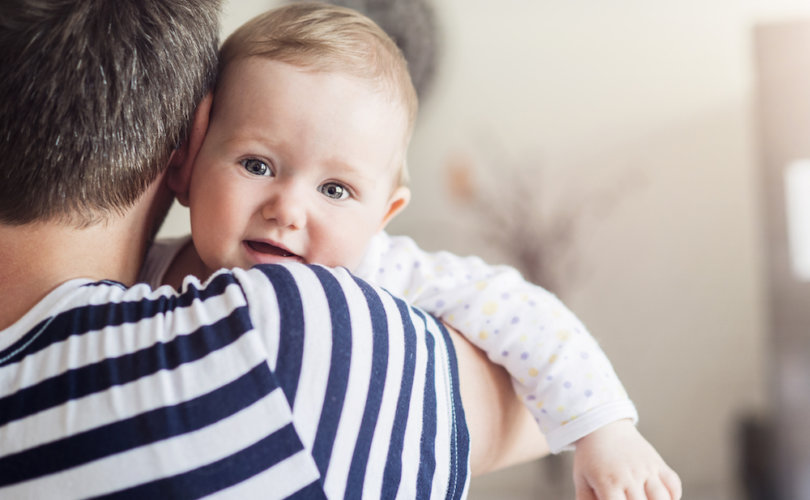 Young daddy holding his daughter in his armsHalfpoint/Shutterstock

(LifeSiteNews) – Anyone who has spent time studying abortion data knows that one of the primary reasons women choose abortion, besides pressure from those around them, is economic circumstances. Many, in fact, go so far as to say that they feel as if abortion—held out to them by the culture as the “easy way out” of, well, anything—is the only choice truly available to them. This is why I have suggested in print that Canadian politicians begin asking tough questions about why so many women are having abortions they say they do not want, and what we can do to reduce unwanted abortions—which will, of course, reduce abortions overall.

Some countries have recognized that economic incentives can go a long way towards reducing the abortion rate. In Hungary, for example, new policies dictate that the more children you have, the less personal income tax you pay—and mothers with at least four children pay no personal income tax for the rest of their lives. Even the flat tax of 15 percent is reduced based on the number of children you have, and student loans are reduced with the birth of each child, and eliminated entirely by the third child. In short, Hungary is ensuring that all economic incentives run towards having children rather than having abortions—the inverse of what exists in many Western countries today.

One effect of Hungary’s policies? Then-Family Minister Katalin Novák told me in an interview last year that the abortion rate has dropped by up to 40 percent since these family-friendly policies have been implemented. “It’s never low enough unless it’s zero, but it is a decreasing number,” she told me. The Hungarian government is attempting to eliminate abortions by funneling money to families rather than handing it to Big Abortion, the preferred policy of many progressives. (Novák recently became Hungary’s first female president.)

It is revealing that progressives hate these policies so much. Consider recent coverage in The Guardian of a similar plan proposed by a regional councillor for social policies in the northern Italian region of Piedmont, who proposed that pregnant women be paid €4,000 not to have abortions. Instead of welcoming the measure, it instead sparked “condemnation from opposition parties and women’s groups.” Here’s how The Guardian framed the proposal:

Maurizio Marrone, regional councillor for social policies, foresees the region giving €400,000 to anti-abortion associations, which in turn would make the money available to 100 women to entice them not to abort.

“In Piedmont, 100 more children will be born,” said Marrone, a politician with the far-right Brothers of Italy. “Children who would not have otherwise come into the world because of their mothers’ economic difficulties.”

The scheme was immediately condemned, with another Piedmont councillor, Sarah Disabato, describing it as a “substantial gift to anti-abortion propaganda”. “It is being disguised as aid for women who choose to have an abortion due to economic problems,” she said. Non Una di Meno, a feminist alliance, said it was disgusted but not surprised by the initiative, accusing Marrone of using women and their bodies for “squalid electoral and political positioning purposes”.

“Motherhood is a choice,” the alliance wrote on Facebook. “A false promise of economic support won’t convince us, on the contrary, it represents a mockery and is manipulative towards those who are in economic hardship.”

Got that? Many women experience economic hardship. Many women choose abortion because of economic hardship. Many abortion activists accuse pro-life politicians of not caring a whit about meaningful economic support. And when a pro-life politician suggests simply giving women thousands of euros if they wish to carry their child to term, they instantly get outraged and launch accusations of “manipulation.” These extremists believe that women should not have the choice to take a large sum of money rather than have an abortion—because they believe abortion to be a good choice.

The Guardian’s coverage, predictably, ended by bemoaning the fact that in Italy, where abortion has been legalized since 1978, women “struggle to access safe abortions” due to the fact that 70 percent of doctors refuse to kill children in the womb on moral grounds. The primary problem, according to the progressives at The Guardian, is the fact that doctors have a choice as to whether or not they will participate in feticide, and pro-life politicians illustrating their condescension by offering economic support to women in crisis pregnancies.