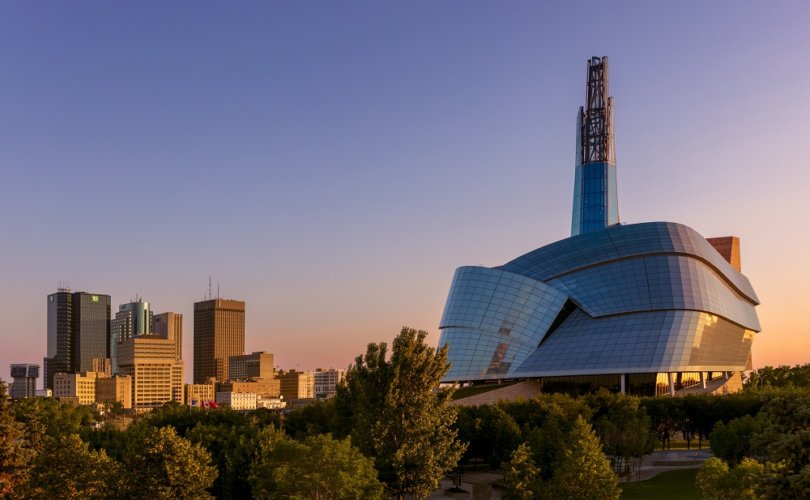 May 1, 2020 (LifeSiteNews) — On Monday, I reported on the British government’s plan to ban “sex-change” surgeries for underage children, and I noted that I was somewhat surprised that Boris Johnson’s Tories were actually acting on socially conservative policy. Right across the West, conservative political parties have caved to the Sexual Revolution, and their resistance to social change generally involves them trailing behind the leftist progressive parties, shouting, “We agree! We agree!”

Canadian conservative parties are particularly nauseating in this regard, with the early days of the current federal Conservative leadership race involving a social media campaign from former Harper Cabinet minister Peter MacKay assuring conservative voters that he will most definitely be showing up at the Pride Parade in June. Presumably, he will do some sort of online tribute to the LGBTQ2S+ transformation of our society since the COVID-19 pandemic has denied him the chance to scamper about with the drag queens and leather dudes to display his progressive bona fides (and hopefully nothing else).

But the Progressive Conservative Party in Manitoba is ensuring that a pandemic doesn’t get in the way of “progress.” According to Global News, “Manitobans will soon have a non-binary gender option on birth certificates,” as the province will be “allowing a third option in addition to ‘male’ or ‘female’ on official birth documents.” The Progressive Conservatives have also assured the public that once this law is passed, they will also have the option of not selecting a sex on birth and death certificates altogether. In an age of gender identity confusion, even government identification is losing the capacity to identify people.

According to finance minister Scott Fielding (of, I must point out again, Manitoba’s conservative party): “In response to a ruling from the Manitoba Human Rights Commission, the Vital Statistics Agency is implementing policy changes to be more inclusive to Manitobans.”

The case Fielding is referring to is from last November, when the Manitoba Human Rights Commission awarded a trans person $50,000 from the province for denying the apparent right to change the sex designation on the person’s birth certificate to an “X” back in 2014.

The commission’s adjudicator, Dan Manning, ordered the province to cease discriminating and gave it six months to start offering at least a third option (in addition to male and female), with Manitoba following Ontario, Nova Scotia, Alberta, and Newfoundland and Labrador in providing a gender-neutral option. It makes no difference that “non-binary” is an unscientific and inexplicable phenomenon where an individual claims, against all evidence, to be neither male nor female. (Commentator Douglas Murray wryly noted that he does not understand the difference between saying, “I’m non-binary” and “Look at me! Look at me!”)

One of the particularly pathetic aspects of our late-stage culture wars is the sight of supposedly conservative, middle-aged politicians obediently parroting lines on “non-binary” people and inclusiveness and the panoply of sexual practices and identities that now demand formal genuflection from all who seek public office. It must be genuinely humiliating for many of them, as most are simply trying to keep up with the lightning-fast pace of change (there is always a new form of bigotry one might be guilty of — even if one was unaware of its existence until being convicted). Most of these politicians don’t believe in dozens of genders, and behind closed doors, most of them will say the idea is nonsense.

That is part of the game. The LGBT activists also know that many of these politicians do not, deep down, actually believe in this recently constructed world of gender fluidity and all the rest of it. Thus, it gives them a particular sense of power and pleasure to force these politicians to bend the knee or face the media furnace, and to see those who ran for office on conservative platforms obediently pay tribute to their cause. As long as the politicians believe they must play along, this pathetic game will continue.

In this week’s episode of The Van Maren Show, Anne Schlafly Cori, daughter of legendary conservative activist Phyllis Schlafly, joins Jonathon to set the record straight in the wake of a new Hulu TV show spitting on her mother’s memory. Anne shares the wonderful, selfless things Phyllis accomplished in her life, including helping get Ronald Reagan elected.