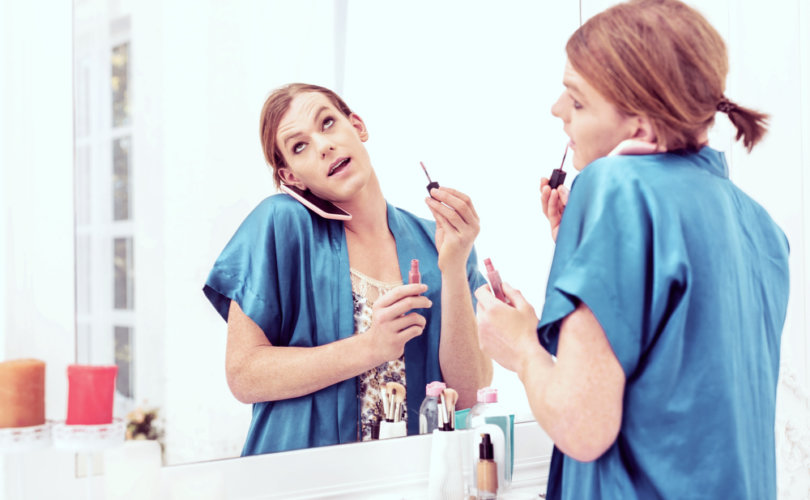 (LifeSiteNews) — On the morning of December 1, Conservative leader Erin O’Toole informed the press that he would allow his caucus a free vote on the so-called “conversion therapy ban,” which months earlier had been the subject of intense scrutiny. While most MPs opposed conversion therapy, there were concerns that the deliberately broad definition proposed by Prime Minister Justin Trudeau’s Liberals would ban pastoral conversations between clergy and their parishioners and leave adults with unwanted same-sex attraction unable to receive the counseling they desired. In fact, in some instances parents could be prevented from opposing sex changes for their own children.

Witnesses testified to Parliament that they had been helped by therapy that would, under the new law, be banned. One young woman, now married with children, related how a sexual assault had left her traumatized, confused, and in desperate need of help that this law would deny her. As a result of testimonies such as these and outstanding concerns with the definition, MP Garnett Genuis launched the website Fix the Definition, replete with a list of ways the Liberals could amend the legislation, including:

Ensure that no laws discriminate against Canadians by limiting what services they can receive based on their sexual orientation or gender identity;

Allow parents to speak with their own children about sexuality and gender, and set  house rules about sex and relationships;

Allow free and open conversations about sexuality and sexual behaviour; and

Not criminalize professional and religious counseling voluntarily requested and  consented to by LGBTQ2 Canadians.

When the Liberals declined to address these concerns, 62 Conservative MPs voted against it. Thus, it came as a nasty and heartbreaking shock when on the afternoon of December 1, the Conservative Party presented a motion to fast-track Bill C-4, skipping the entire deliberative process entirely to send the bill directly to the Senate. The motion passed with unanimous consent — not a single MP stood up to say ‘nay.’ This is one of the few instances where a single vote would have ensured that the deliberative process was respected. All of the witness testimony, all of the concerns, all of the hard work put in by stakeholders to ensure that those most impacted by this law would be heard — gone.

In fact, the law that received unanimous consent from Conservative MPs (although it should be noted that Genuis was in Latvia at the time of the vote) is actually worse than the one opposed by 62 CPC MPs last time around.

“In Canada, the Justice Minister announced the conversion therapy ban they introduced was different from the one earlier this year,” Jojo Ruba, who testified to Parliament earlier in the year, told me. “That earlier one, the Justice Minister said, could not prevent consenting adults from having conversations about sexuality with their clergy or their counselor, as long as the counseling was free. That small protection was removed in Bill C-4 with no explanation except that they did more consulting.”

“Despite this huge change, the MPs voted to bypass all the democratic steps of hearing from the public, especially public hearings, and passed the bill without any protections. (Minister of Justice David) Lametti even argued that they had to do this because LGBTQ activists would have to testify again and that would ‘traumatize them.’ If this stands, they can censor anyone who may offend LGBTQ activists’ feelings.”

Further, says Ruba, this law — again, approved by the Conservative Party of Canada — makes Canada an outlier in the international community. “Lametti said this bill is part of a larger international consensus on conversion therapy but fails to mention that the broad definition of conversion therapy they use is not used by any government in the world, the United Nations, the United Church of Canada and even Kris Wells himself — along with many LGBTQ activists. The standard definition is that it is a practice, treatment or service to change someone’s orientation or gender identity. This bill specifically bans counseling simply to reduce unwanted non-heterosexual behaviour, even if a person is not trying to change their orientation. Heterosexual Canadians could get the exact same counseling, however. How can that not be a violation of the equality clause in the Charter of Rights and Freedoms?”

In short, men and women like Ruba and so many others have been betrayed by Canadian politicians of every stripe. When the bill was brought to the floor, not a single parliamentarian stood up to defend them. “This bill is dangerous to kids, LGBTQ people and Canadians of all kinds. But the procedural move used by the government and the Conservative leadership establishes a precedent by which they can bypass their own elected MPs’ wishes, prevent the public from speaking to a new motion and pass a bill because opposing views may cause ‘trauma.’ When this happens, you can no longer call yourself a democratic institution. This will only lead to more fundamental rights being trampled on.”

That has already begun. Bill C-4 will likely pass the Senate next week, banning essential counseling, therapy, pastoral and parental conversations for same-sex attracted and gender dysphoric Canadians. The worst part is that when they needed a voice, they had none.