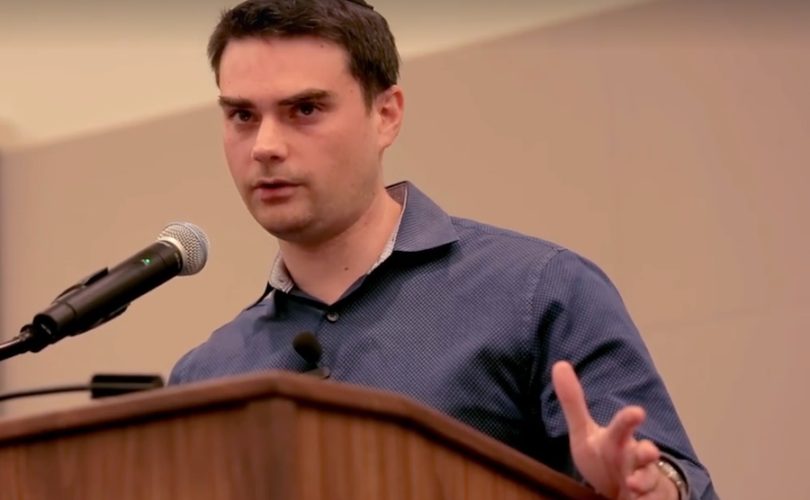 March 1, 2018 (LifeSiteNews) – Just over a year ago, I attended an event put on by the then-Breitbart editor Milo Yiannopoulos, a young, openly gay provocateur who had been soaring in right-wing circles for some time with his combination of witty debating and acerbic trolling of the Left. I was curious to see for myself what this fellow, who even managed to finagle himself an invitation (later rescinded) to CPAC, was all about.

The event made me genuinely concerned for modern-day conservatism. A room packed full of young men cackled raucously as Milo gave an intellectually flimsy, shoddily researched presentation, liberally interspersed with crude gay sex jokes and references to women he disagreed with as the “c-word.” He styled himself as the courageous sayer of un-sayable things, the man who slapped political correctness right in the face. In reality, he was simply a boorish man-child playing to the worst instincts of his crowd.

After that event, I had been hoping for some time that a foil would appear, a young conservative who could provide a counter-vision of conservatism, one that despised the crudeness and vulgarity and meanness of Milo’s shtick—and one that could attract the same young audience that Milo was playing to. And as it happened, there was a young conservative who was attracting enormous audiences of young men and women and doing precisely that: Ben Shapiro, a young Jewish commentator who started writing his first book (on how universities brainwash students) when he was only 17 years old. That was incidentally the same age he became the youngest nationally syndicated columnist in the country.

At this year’s Conservative Political Action Conference earlier this month, Shapiro again highlighted why he is such an essential asset to a conservative movement that is currently battling over its own identity. Above all things, he told a cheering crowd, we must always, always tell the truth:

Political correctness, Shapiro told the audience, has already been defeated—progressives just don’t know it yet. In fact, he gave much of the credit for this victory to President Donald Trump, who refused to allow anyone to tell him what he could or could not say. Once you begin to say unsayable things, after all, they are no longer unsayable. Perhaps it even took someone like Trump to smash political correctness in the first place. But we have to be consistent with our side, too, Shapiro warned—if Trump tells a falsehood, we have to call him out:

Because when we don’t tell the truth it allows the PC promulgators to pretend that they are the ones who are truth-tellers. And they aren’t. PC is about lies. We can never let the PC Left masquerade as the truth-tellers. Which means we must always tell the truth. Every time we lie, we let them off the hook. We cannot fight the lies of PC with more lies. We can’t fight political correctness by claiming victimhood without evidence — that makes us part of the politically correct culture. When they lie, let’s call it out, together, loudly, strongly! But let’s not say stupid things just for the sake of melting snowflakes.

This, it seems to me, could be a direct reference to Milo Yiannopoulos. He’s not simply a brave truth-teller, he’s a vicious name-caller—and that there is no excuse for. Besides the fact that his treatment of women is simply immoral, it’s also not conservative:

Believe me, you don’t need hot takes to melt snowflakes. A little well-placed truth does it every time. That means that our job is to just spout facts, which is pretty easy.

This, again, is absolutely true. Any conservative can tell you that simply stating facts can trigger enormous outrage. Say that abortion kills a human being on any campus, for example, and you’ll discover all sorts of howling feminists. Or say that men cannot become women, and you’ll discover the same thing. These things are true, and must be said—and they also trigger enormous outrage. But that is different than simply calling feminists “ugly” or personally insulting them for no reason other than catharsis or laughs.

The conservative movement has been battling over its identity for several years now. Milo Yiannopoulos, who has thankfully been more or less banished from mainstream events like CPAC (although he sustains a very large online audience), represents one side of the battle: The sort of person who loves to attack the Left the way they attack the Right, which is to say viciously and crudely. In doing so, we become no better than our opponents. And then there is Shapiro, who holds out truth as an essential component of our movement. He is right, and I hope that his influence continues to grow.