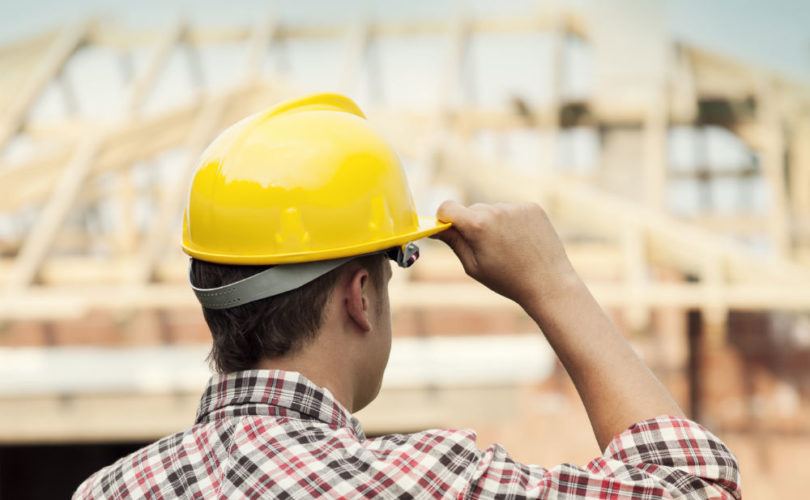 May 24, 2019 (LifeSiteNews) – While the transgender ideology may have swept the upper echelons of society within a mere half-decade, most ordinary men and women are still not buying into its premises. As I noted in this space last year, the transgender ideology is being imposed from the top-down, and the backlash to elitist demands that we believe in the fantasy of so-called “pregnant men” and “female penises” is growing, especially in the ranks of feminists and other unlikely allies. I’ve often said that one easy way to prove that most people have not yet managed to swallow the absurdities of transgenderism is a simple litmus test: Go onto any construction site and begin asking the workers there if they think that men can get pregnant. It is wildly unlikely that you will find a single one.

In February, the Edinburgh News reported a story that seems to confirm my hunch. Bizarrely, a construction worker named Graham Spiers was actually arrested and given an enormous fine for allegedly “pointing and laughing” at a biological male attempting to present as a woman. Because Spiers was rude to a transgender person, he was chewed out both in court and by law enforcement and informed that his children should be ashamed of him. Not only was Spiers required to believe that the biological male that walked past him and his buddies was a female, he was also required not to snicker. Society is moving fast, and Neanderthals like Spiers need to get in line – or else.

A similar story cropped up again this week, this time in Indianapolis. A biological male – dutifully described by the media as a “transgender woman” – alleged that “she was harassed by a construction worker…while waiting for the bus. Violet Salas, 36, said the worker mocked her by holding a plastic drop cloth around his waist and ‘parading’ in front of her with a makeshift skirt. The incident made her feel insulted and threatened on her own street, Salas told News 8 in an exclusive interview. ‘I just want to feel safe,’ she said. ‘One day someone’s teasing you. What’s it going to take for them to be attacking you next?’”

This story – which is apparently a big “exclusive” these days – is a joke. The difference between “teasing” (as rude as it might be) and “attacking” is obvious, especially in legal terms. This is simply an attempt by both the complainant and the media to pretend that a construction worker cracking up at the sight of a very male-looking dude in a skirt (seriously, just watch the interview – this guy is fooling nobody) is somehow a hate crime, verging on violence. In reality, it is just a trans activist making use of the elitists in the media to crack down on some average guy who laughed when he noticed that the Emperor is wearing no clothes. Everyone has to play along, you see, or the ruse fails.

Of course, the corporations have to play along now, too, for fear of being accused of encouraging a “climate of transphobia” or some such nonsense: “A spokesperson for Rieth-Riley Construction, the unidentified worker's employer, said they were aware of the allegations and investigating Salas' complaint. ‘We have talked to the worker in question,’ area manager David Dankert told News 8. ‘We take this matter very seriously.’” What allegation? That a construction worker wasn’t sufficiently sensitive to the rules of the transgender movement, which now require him to solemnly believe that a biological man dressed as a woman is a woman? Of course, the company had to play along, too, or the media simply would have shifted the bullseye.

The media was so intent on getting the construction worker with the wrong sense of humor punished that they pushed representatives of Rieth-Riley Construction to say if he would be rebuked, but noted disapprovingly that they were “unable to confirm…if the workers would face disciplinary action” at first. The plural comes from a subsequent discovery that “three other workers at the…construction site witnessed the incident and laughed at their colleague’s ‘derogatory’ antics.” Such laughter, it goes without saying, is now forbidden. Again: Play along, or else. Salas, however, graciously said he would simply accept an apology. A follow-up to the news story noted that the worker had been fired in a statement released by IndyGo, the municipal corporation that had contracted Rieth-Riley:

IndyGo staff were appalled to learn of the incident involving this individual's outward display of intolerance. We have been informed that Rieth Riley's management has removed the worker from the Red Line project, and will conduct sensitivity training immediately. Rieth- Riley leadership will meet directly with Ms. Salas.

IndyGo staff have reached out directly to Violet to confirm that the situation has been sufficiently addressed.

These actions of a single individual on a Red Line work site do not match the dignity and respect that IndyGo believes each individual deserves.

We stand with Violet, and we commend the response from Rieth-Riley.

This is why it is so essential to track the insidious cultural changes being perpetrated from the top-down: Because the transgender activists and their allies are not satisfied with being able to do whatever they want. They want to force you to agree with it, too. They want you to somberly agree that a biological man is a woman if he says so, and that a biological woman is a man if she says so. And if you laugh, there will be consequences. You could be arrested or fined in the United Kingdom, and in the United States you might be luckier. You might just lose your job.