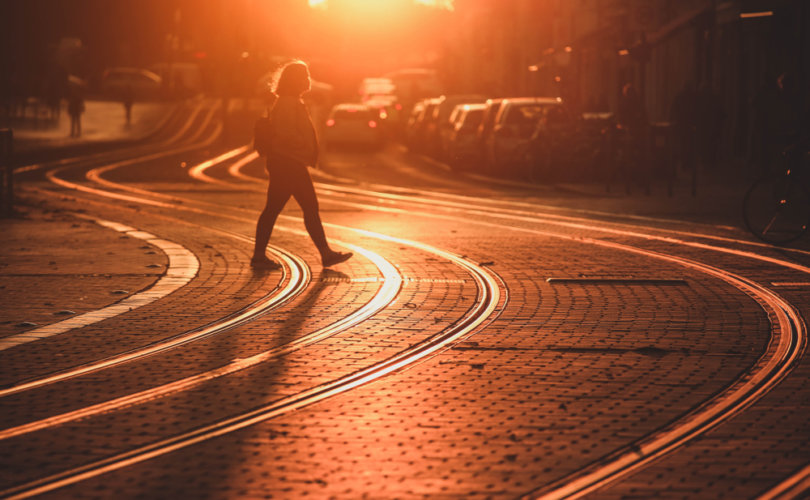 March 13, 2020 (LifeSiteNews) – On Thursday evening, President Emmanuel Macron of France made a solemn announcement regarding the Coronavirus epidemic which is expected to hit France hard in the coming days: schools, day-care centers for toddlers, as well as universities will be closed indefinitely as of Monday. On the other hand, despite COVID-19, municipal elections will take place as planned on Sunday, with a second-round on March 22.

As of today, Friday, March 13, gatherings of more than 100 people have also been banned in France. Cinemas and other public places with smaller capacities than 100 will continue to function, but the measure is expected to have an impact on Sunday Masses in the larger towns.

Indeed, public attendance at Sunday Masses has been suspended indefinitely in the dioceses of Paris and Versailles from Saturday evening and through Sunday.

In Paris, Catholics have been officially relieved from the obligation to attend Sunday Mass.

In the diocese of Versailles, a letter from Bishop Eric Aumonier and his auxiliary bishop Bruno Valentin made clear that week-day Masses, as well as baptisms, marriages, and funeral Masses will continue to be celebrated publicly providing the assistance of less than 100 faithful can be “ensured.”

In Versailles, priests are also being asked by bishops Aumonier and Valentin to make themselves “available” in the churches of the diocese, in order to welcome the faithful individually, have public Eucharistic adoration and to offer the sacrament of confession; they are also “encouraged” to be “generously available” for the sick.

In further recommendations, the bishops of Versailles invited the faithful to resort to family prayers, Eucharistic adoration and spiritual communion, following the indications of their pastors, and also to reach out to the poor and the isolated.

All are also invited to join a Grand Novena to Our Lady of Lourdes from March 17 to March 25.

Both bishops and vicar general announced that “within the following hours” they would make a private pilgrimage to Poissy, the birth-place of Saint Louis, King of France, in order to invoke his intercession as Patron Saint of the diocese of Versailles.

In the diocese of Lyon, Masses will be celebrated publicly, as usual, but the faithful must sit while leaving one seat between them. The 100 person-limit applies. The apostolic administrator, Bishop Michel Dubost, suggested that a larger number of Masses be celebrated during the weekend in order to allow more people to attend.

In all cases, fragile, sick and elderly people are being asked not to attend. In Lyon, the bishop also “suggested” that the elderly over the age of 70 be dispensed from the obligation to attend Sunday Mass.

In the diocese of Vannes, Brittany, where an “epidemic cluster” has emerged, Mass will not be celebrated publicly in the small towns and villages involved; in Vannes and the other towns of the diocese, parishes have been asked to multiply the number of Sunday Masses. The elderly over the age of 70 and others with chronic illness are formally dispensed from attending Mass on Sunday. Bishop Raymond Centène, in his official letter to the priests and faithful of his diocese, urged all to pray for “favorable outcome to this epidemic.”

He added that all should be readily given vials of Holy Water. He also urged parishes to organize the “diaconal” work of the faithful, in order to take care that no one should lack food and other necessary supplies, including medicine.

In Grenoble, in the south-east of France, Father Didier, the local rector of the Sacred-Heart Basilica has chosen another solution. Instead of one Mass, the sanctuary will offer four Masses on Sunday morning, and a schedule using Doodle has been created allowing the faithful to register themselves with their families, thereby ensuring that no more than 100 faithful attend a single mass.