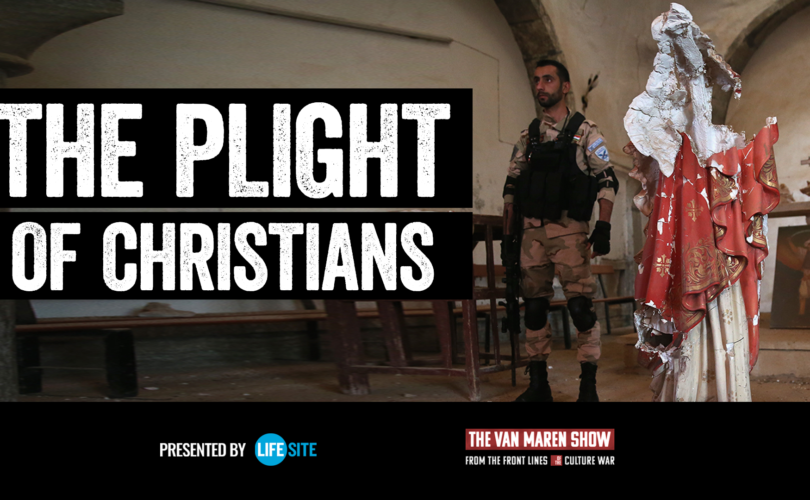 February 20, 2020 (LifeSiteNews) – In January, the World Health Organization declared the Coronavirus outbreak a global health emergency. Since then, cases of the coronavirus have been reported across the globe and drastic measures are being taken to quarantine people who have potentially been exposed to the virus.

In today’s special segment of The John-Henry Westen Show, I speak with the leading expert on China, Steve Mosher about what is really going on with the coronavirus. Mosher is the President of the Population Research Institute and is the person who exposed China’s forced abortion policy to the world. He also exposed China’s ghastly organ harvesting protocols.

Mosher is a Stanford graduate with advanced degrees in biological oceanography, East Asian studies and cultural anthropology. In 1979, he was selected by the National Science Foundation to be the first social scientist to do field research in China. The horrific things Mosher discovered were happening in China surprised the world and has made him one of the few Americans who has first-hand experience about what is actually happening in China.

The coronavirus epidemic was first reported to the world on January 20th, but evidence suggests that the first cases actually occurred in November. Mosher shares that by January 2nd universities in Shanghai, 200 miles from the epicenter Wuhan, were warning people against what they called a raging epidemic.

Currently, China has reported 70,000 infected individuals and 2000 deaths, but Mosher thinks this is a gross underestimate. If the epidemic truly began on December 20th, or perhaps even earlier, and spread according to the current pattern, the number of infected individuals would be over half a million with over 30,000 deaths. Had China acknowledged the epidemic earlier, tens of thousands of lives could have been saved.

Thankfully, the US and European nations, are doing a great job of preventing the spread of coronavirus. The quarantines and travel bans in place as well as the research into the disease, should reassure any listener that a pandemic is unlikely.

Finally, after the SARS outbreak in China, a Chinese lab began studying SARS. Despite knowing the danger of the pathogen that lab’s negligence, on two occasions, caused the release of SARS and created small pockets of the disease.

The Communist Chinese government is not well known for their protection of human rights, or life at all. Mosher estimates the communist government is responsible for killing at least 500 million people. The Director of National Health Services reaffirmed that when establishing priorities for containing the coronavirus outbreak. The director said the government’s priorities were 1) politics, 2) safety, and 3) a cure.

Unfortunately, to the Chinese government safety means physically forcing anyone with the coronavirus into a detention camp with armed guards.

Instead of focusing on saving tens, maybe hundreds of thousands of Chinese people by focusing on a cure, the government is more afraid of the political implications of the outbreak. Mosher sees the coronavirus outbreak, along with the riots in Hong Kong, and the inspiration of the freedom in Taiwan as a possible perfect storm to finally take down communism in China.

Today’s special segment is a must watch! Everyone needs to know what is going on with the coronavirus.