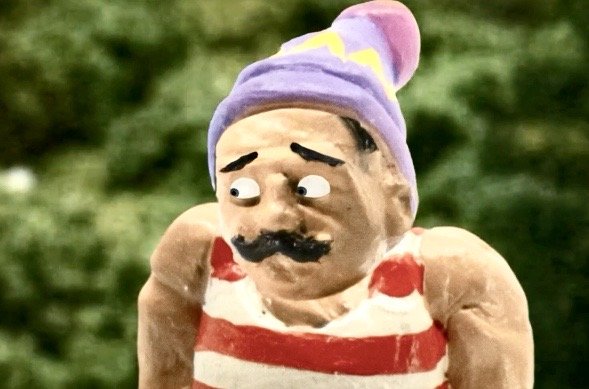 January 11, 2021 (LifeSiteNews) — As the LGBT movement achieves cultural dominance, they have long abandoned the fiction that promotion of their worldview constitutes “adult” material. The Cartoon Network is now providing helpful educational comics for kids on new pronouns and an assortment of genders. Clifford the Big Red Dog is being relaunched with lesbian characters. Arthur’s teacher, Mr. Ratburn, got gay-married. Now that it is culturally safe to do so, Disney rolls out LGBT characters regularly. I’ve referred to this phenomenon elsewhere as the colonization of childhood.

None of that, however, compares to what the Danes have just rolled out. Socialists are fond of slavering over whatever the Scandinavians are up to lately, but perhaps their latest children’s show — a new animated cartoon series presented by the DR, the Danish version of the BBC — goes too far. The show, which is targeted at children ages four to eight, features a man named John Dillermand, who has a unique problem: an enormous penis of tremendous abilities. Dillermand’s member, which breaks all world records, can be used to paint murals, perform tasks, and rob children of their ice cream.

It’s hard to understand how anyone thought this was a good idea. I, for one, would like to watch a reality show based on the behind-the-scenes work that went into the show. What did the pitch meeting look like? Did nobody wonder whether putting a man with a penis capable of stealing from children into a children’s show might be an issue? Why would someone put a penis into a children’s show to begin with? What ideas got left on the cutting room floor if this pedophile’s dream made it through?

Unsurprisingly, the mainstream media appear incapable of simply coming out and stating that this is disgusting and reprehensible.

— Article continues below Petition —
PETITION: Dump YouTube, Twitter and Big Tech for threatening our democracy and freedom of speech!
Show Petition Text
75376 have signed the petition.
Let's get to 80000!
Thank you for signing this petition!
Add your signature:
Show Petition Text

LifeSite has signed on to a Media Research Center (MRC) letter to all 50 state Attorneys General, calling for an investigation into Big Tech.

Google, Facebook, and Twitter have monopolized the industry, and are using their influence to collect user data, suppress content, and silence those who voice ideas and beliefs counter to their own.

As we urged prior, action must be taken to combat these efforts, and that is why we’ve joined the MRC in this fight.

Please take a couple of minutes to READ this LifeSiteNews article about MRC's initiative: https://www.lifesitenews.com/news/lifesite-joins-effort-asking-state-attorneys-general-to-investigate-big-tech-for-deceptive-trade-practices

This is the latest and appalling affront to free speech which is happening to many conservative and Christian organizations.

We are not going to take this lying down!

Thankfully, we have backups of all our videos:

You can also sign-up to receive email alerts about our recent videos here: https://bit.ly/LifeSiteVideoSub

Please help us build Rumble and our other alternative platforms by donating through our secure link: https://give.lifesitenews.com/

After you SIGN this petition, please also see our 'Goodbye Google' resources to find out how to quit Big Tech and learn more about good alternatives!

Twitter has again locked LifeSiteNews out of two of our accounts on the platform for displaying a message noting that President Joe Biden’s newly named Assistant Secretary of Health “Rachel” Levine is a man.

For stating biological or Biblical truths, Twitter and Big Tech are trying to shut down conservative voices.

Therefore, it is now more important than ever to consider dumping Twitter, Google (who own YouTube) and Facebook. To be clear: LifeSite is still using Twitter and Big Tech to encourage others to migrate away from these illiberal platforms.

At the time, Twitter gave LifeSite the option to delete the tweet and reactivate our account right away. LifeSite remained steadfast that the tweet did not violate any of the company’s “rules and policies,” and sought several appeals with Twitter, while looking into legal action against the company.

And, while LifeSite's account was eventually restored, we must now consider what course of action we will pursue in this case, over and above appealing the ban.

Meanwhile, since taking office on Wednesday last week, Joe Biden has already signed an executive order which will force women’s athletic programs, restrooms, and locker rooms to be open to men. He has also turned back the Trump administration’s policy protecting women’s sports programs in schools.

Last week, LifeSite was banned for two weeks from our YouTube channel, after the site determined that one of our videos about vaccines violated YouTube’s “community guidelines.” We are also in the middle of appealing this ban.

Please considering SIGNING and SHARING this petition. Thank you!

When you use Twitter or Facebook to communicate, and, or, Google and Amazon to search for something online, these companies can stifle your ability to share your thoughts and opinions and manipulate your search results, threatening your privacy, your freedom of speech, and even our democracy.

Don't contribute to this assault on democracy: Stop using Twitter, Facebook, Google and Amazon as your default social media platforms and search engine! [CLICK HERE to find a good alternative to Google.]

But, this tactic will not work. Because Twitter, Facebook, Google and Amazon are not the only game in town! There are a good number of excellent alternatives which we list in our 'Goodbye Google' Resources page.

The great irony is that, while Twitter, Facebook, Google and Amazon executives talk a lot about maintaining freedom of speech and diversity, in fact, these hypocrites are ATTACKING free speech point-blank!

So, at this point, the only way to stop Twitter, Facebook, Google and Amazon is to quit using their platform.

Parler: parler.com/profile/lifesitenews (currently down due to Amazon removing their web hosting)

From YouTube to social media and beyond, online censorship is rampant. Read the latest articles covering this ongoing struggle: https://lifefacts.lifesitenews.com/goodbye-google/censorship/

Instead, according to The Guardian, a gender researcher at Roskilde University was concerned that the show is “perpetuating the standard idea of a patriarchal society and normalising ‘locker room culture’ … that’s been used to excuse a lot of bad behaviour from men. It’s meant to be funny – so it’s seen as harmless. But it’s not. And we’re teaching this to our kids.”

I have no idea what all of that post-modern drivel means, but none of it says “it is grooming to make a show about a man with a huge penis for kids,” so maybe The Guardian can find someone who can state the obvious next time.

Of course, The Guardian also found some idiot to defend this stuff. Erla Heinesen Højsted, a clinical psychologist who apparently works with children, had this to say: “John Dillermand talks to children and shares their way of thinking – and kids do find genitals funny. The show depicts a man who is impulsive and not always in control, who makes mistakes – like kids do, but crucially, Dillermand always makes it right. He takes responsibility for his actions. When a woman in the show tells him that he should keep his penis in his pants, for instance, he listens. Which is nice. He is accountable.”

The TV broadcaster DR refused to apologize, noting that they could also have developed a children’s show about a woman with no control over her genitals, apparently assuming that this is a defense. In the meantime, the sexualization of childhood continues and those who condemn it are told to calm down and get over it. Nothing, it seems, is beyond the pale anymore — not even a children’s show about a man with a huge penis that he enjoys exposing around kids. The creators of this entertainment are deeply disturbed people, and those who defend it should not be allowed anywhere near children.