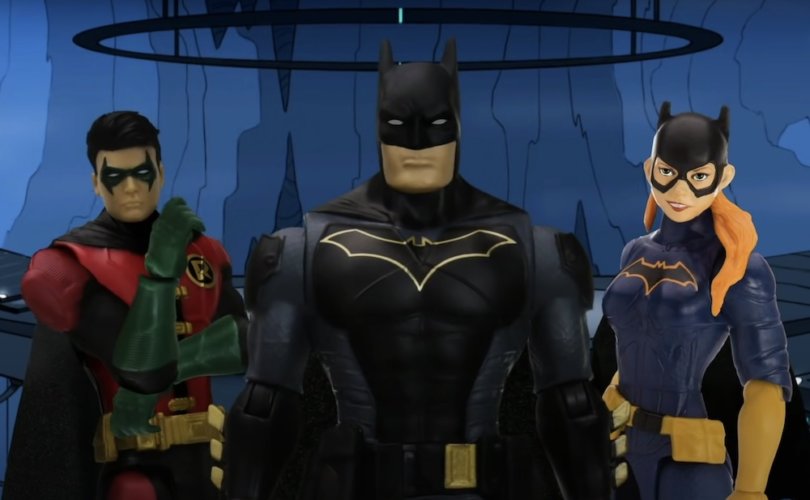 (LifeSiteNews) — I’ve said it often in this space, and I’ll say it again: There is not a single aspect of American entertainment, arts, and letters that the LGBT movement will not colonize in the years ahead. The classics that cannot be colonized (like that alternative version of Little Women where Jo is a lesbian) can be cancelled for not perfectly reflecting the idiocy of our current moment.

Archie Comics introduced a gay character (Kevin Keller) a few years back to great fanfare and little surprise. There’s been a handful of LGBT characters in X-Men; children’s TV and cartoons has been thoroughly queered. Marvel outed Captain America figure Aaron Fischer for Pride Month last year. But there are still more franchises to conquer, and the latest one is, if the online reaction is any indication, quite the victory.

DC Comics has revealed that one of their “most beloved superhero characters” has come out as bisexual. That is to say, Batman’s sidekick Robin—a.k.a. Time Drake—heads out on a date with a male character named Bernard Dowd in the most recent installment of Batman: Urban Legends. Comic book fans, of course, promptly said they’d suspected that Robin was bi all along.

Meghan Fiztman, the comic’s writer, noted that while Robin once dated a girl, he may be pretty much anything: “I want to pay tribute to the fact that sexuality is a journey. To be clear, his feelings for Stephanie have been/are 100 percent real, as are his feelings for Bernard. However, Tim is still figuring himself out. I don’t think he has the language for it all…yet.”

Can you feel the suspense building? Who knows what Robin will come out as, considering all the options now available to him! For that matter, maybe he’s not even a him—that’s an option too! Fantasy comic writers are going to have to work pretty hard to top the crazy stuff happening here in real life these days, after all, and a comic book hero who has been around since 1940 dating both sexes (can I still say that?) is pretty passé by 2021 standards.