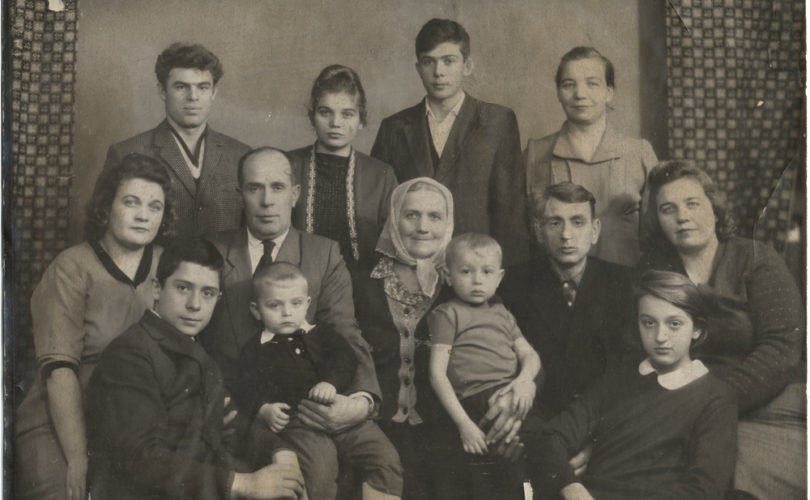 Our grandparents were too busy raising children and putting food on the table to trouble themselves with the screechings of radical feminists. That's no longer an option.

Jan. 4, 2015 (LifeSiteNews) – It’s a common complaint in pro-life circles: Why is it often so hard to get the churches involved in social causes? We know that Christians have abortions, too—so it is impacting us personally. We know that Christians are, for the most part, very anti-abortion—so it’s not as if they disagree with the pro-life movement. So what is holding so many people back from getting involved?

Apathy is part of it. Lack of awareness is part of it. But by and large, the real reason is an attitude that runs much deeper. The answer is simple: Church-going people are often traditional, conservative people. And here I don’t mean those terms in the way that political analysts might use them, to describe specific policy positions. I mean simply that they are people who want to work hard, raise their children, and be left alone.

Prayer is out, queer theory is in, and many a middle-aged conservative has found occasion recently to splutter his coffee and gape at his newspaper: “How did things change so fast?”

“Have you ever met a parent of nine kids who was a Democratic activist?” Dennis Praeger once asked wryly. Everyone laughed. Perhaps not everyone even knew why it was so funny—it was just an absurd thought. Such a parent, everyone presumes, would have better things to do. People like my grandparents, who immigrated virtually penniless to Canada from the Netherlands in 1953, began working the land, and raised eleven children on a farm they built through blood, sweat, toil, and tears. They were too busy raising children and putting food on the table to trouble themselves with the screechings of Canadian feminists and other such activists.

Herein lies the problem the pro-life and pro-family movement has in recruiting conservative people to engage the culture to combat the social ills infecting our society: There is something fundamentally foreign about “activism.” Indeed, the term “conservative activist” itself seems to be something of a contradiction in terms. Small-c conservatives and traditionalists do not want to change the world. They want to live in it and not be bothered.

It’s in the very root of the word—“conserve.” It is markedly different in temperament from “liberal,” which denotes “liberalizing”—action. Thus, many suspicious church people even find that the word “activism” carries with it a whiff of liberalism. Ambrose Bierce brilliantly encapsulated the contrast between these two temperaments when he defined a conservative as, “A statesman who is enamored of existing evils, as distinguished from the liberal who wishes to replace them with others.”

Which brings us to our present unpleasant realization that from a cultural perspective, the traditionalists and conservatives have been thoroughly beaten in the war for the culture. For the most part, we never even showed up. We raised families, built farms and businesses, and attended church functions while secular revolutionaries took over the entertainment industry, the media, academia—and finally, the public education system that now dutifully serves as a conduit for secular “values.” Prayer is out, queer theory is in, and many a middle-aged conservative has found occasion recently to splutter his coffee and gape at his newspaper: “How did things change so fast?”

They didn’t, of course. The Sexual Revolution has been unfolding now for over sixty years. But now, for the first time, people are beginning to wake up and realize that what is happening is not something we can ignore, because very rapidly, it is beginning to happen to us. Already, the influences of the entertainment industry and pornography are showing in the youth. It’s why Christian publications mourn the rise of “sexual atheists”—people who still believe in God, but just don’t think His rules apply to their sex life. Churches across North America are hemorrhaging young people as the public education system dutifully does what it was put in place to do: Plant skepticism, undermine the beliefs of any children from Christian homes, and then send them off to university so that the faculty there can finish the job. It’s why enormous numbers of Christians lose their faith during university.

The government, too, will no longer leave us alone. As I wrote previously concerning Ontario’s war over sex education, the government needs the ability to re-educate children into the values of their secular system, and will go to war with parents for the right to do so. In some European countries, children are being taken away from their parents because Christian beliefs could “harm” the children—and some academics are already suggesting that Christianity could, one day, be “treatable.”

Conservatives want to be left alone to raise their children. The unfortunate fact is that we won’t be.

The secularists never had any intention of letting us carve out enclaves where we could live in peace—and a stream of legislation like Alberta’s Bill 10, which would force home-schoolers and private schools to change their teaching on sexuality, is simply the most recent evidence.

This is why the tables have been turned. Now, it is secular progressive ideology that is the status quo, having successfully infiltrated and established itself in every major institution. They have achieved a new status quo, and we traditionalists have been left with nothing left to “conserve” in the first place. We can no longer be Chamberlain giving up territory bit-by-bit—we are now the frog in boiling water, and have to decide how to confront these encroachments to retain the freedoms we need to live as Christians in a society that increasingly holds us in contempt.

How can one be a conservative in a society with nothing left to conserve and everything to fight for? It’s a pressing, imminent question that demands our attention. The twofold task of passing our Christian beliefs on to our children and preventing the government from interfering in that process was once easy—we could just live and let live. That was always a questionable strategy, especially as it ignored the massive loss of life through abortion happening in our own towns and cities. Standing up for our pre-born neighbors is not just a “cause,” but a biblical command. But now, it is in our self-interest to engage. It is not just the children of others we should be worried about, but our own. We will not have the luxury of raising children the way our parents and grandparents did. The time to speak Truth to power is now.