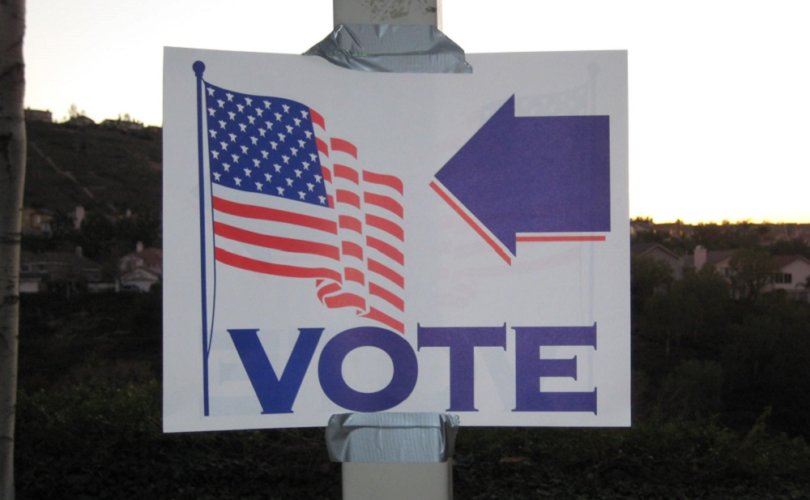 (LifeSiteNews) – Midterm season is just around the corner and many are already forecasting some rough results for Democrats. But while the stars are indeed aligning for Republicans, a lot can happen in six months.

From abortion to border control, gas prices to inflation, COVID-19 to online speech, Afghanistan to Ukraine, parental rights to child transitioning, it’s hard to think of a bad situation that Joe Biden and his party haven’t either made worse or signaled they would if given the chance … and that’s before one considers the sheer audacity of Democrats holding up a President of the United States whose corruption is matched only by his mental infirmity.

Accordingly, the numbers are not looking good for politicians with Ds after their names. A poll released April 28 by The Federalist and Susquehanna Polling & Research gives Congressional Republicans a 10-point edge on a generic ballot and Biden a disapproval margin of 15 points.

“But The Federalist is a right-wing publication,” you might say. Fair enough – the left-wing Washington Post and New York Times aren’t any more optimistic about their side’s odds, with the former quoting a Democrat adviser who says the party has “as much a plan to win the midterms as there was to airlift Afghans out of Kabul” and the latter running a recent headline that says it all: “It’s Time to Head for the Lifeboats.”

So it’s no surprise that the smarter among the party have either urged their colleagues to run away from the very COVID restrictions that distinguished Democrats from Donald Trump, or simply make plans to leave office before the electoral bloodbath.

Given all of the above, it’s tempting for conservatives and Republicans to assume they’ve got this election all wrapped up. But with such assumptions comes complacency, and complacency can be fatal.

Contrary to what you may have been told by overpaid political consultants, electoral pendulum swings are not transcendent political constants; they are the byproduct of choices and events. Democrats chose to pursue the radical policies that have repulsed so many Americans, and Republicans will choose messages and strategies that will either effectively or ineffectively present themselves as the antidote. They can’t take it for granted that voters will simply leap into their waiting arms, especially not while Democrats still have the media and the educational establishment firmly on their side.

Just as important as working to secure victory is preparing to not let victory go to waste. Granted, with Biden in the White House they still won’t be able to pass legislation for (at least) another two years even if they retake Congress, but recent history – such as the GOP entering united government in 2017 without a coherent plan to repeal Obamacare – tells us that Republicans need all the prep time they can get.

Among the non-negotiable first orders of business: new leadership. By now, longtime LifeSite readers are well aware of the various ways Senate GOP leader Mitch McConnell has undermined the conservative agenda, and that his establishment House counterpart Kevin McCarthy isn’t much better. But recent events have highlighted that McCarthy might actually be the worse of the two, for the simple fact that McConnell doesn’t pretend to be anything other than what we see.

On April 21, The New York Times reported that, days after the January 6, 2021 riot at the U.S. Capitol, McCarthy privately told his colleagues that he would tell Trump of his then-impending second impeachment, “I think this will pass, and it would be my recommendation you should resign.” McCarthy claimed the story was “totally false and wrong”… and then the audio came out of McCarthy saying exactly what he denied saying.

Regardless of how one feels about our colorful 45th president, this is indefensible. Instead of simply telling the truth – that there’s much to fault Trump for (including his botching of Stop the Steal) but he didn’t incite violence – McCarthy tried to tell two different audiences what they wanted to hear, and then lied about it.

Pandering to mutually-exclusive factions isn’t leadership; it’s a guarantee that no faction of the conservative coalition should place their confidence in you, and a reminder of why we tend to get little more than window dressing from those ostensibly representing us … and that, even if Republicans kick Democrats to the curb this fall, some job replacements within the GOP will also be needed in order for the American people to notice a difference.