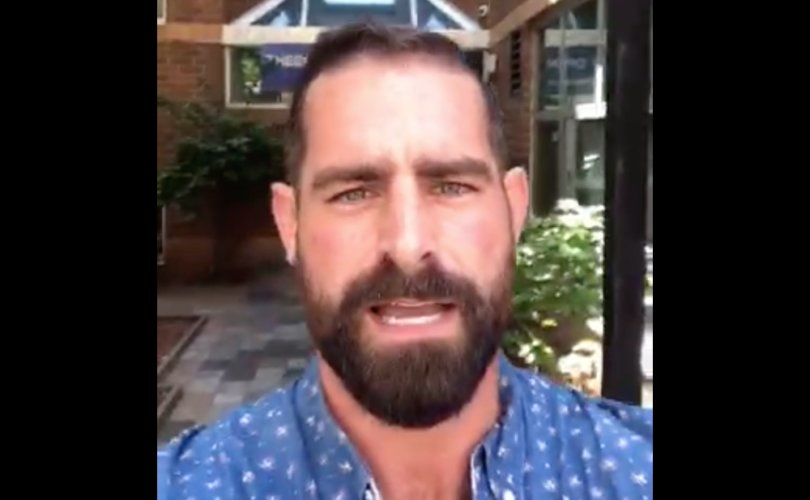 May 9, 2019 (LifeSiteNews) — The actions of Democratic state representative Brian Sims of Pennsylvania, a self-described gay progressive abortion-supporter, have attracted new attention to the virulent abortion extremism of the Democratic Party this week. Sims filmed himself harassing an elderly pro-life woman praying outside a Planned Parenthood abortion clinic in Philadelphia, and then another video was exposed where he filmed two teen girls — ages 13 and 15 — and offered his viewers up to $100 to dox them, interspersing that creepy and repulsive display with shouting at them about their skin color and religion. There have been calls for his resignation, but Sims has thus far been defiant. In return, Planned Parenthood has lauded him as a pro-choice champion.

But Sims has had a lot of help in shining the spotlight on the Democratic Party’s ugly fixation with defending abortion, no matter what the cost.

On Monday night, CNN host Chris Cuomo — brother of New York governor and late-term abortion enthusiast Andrew Cuomo — hosted what evolved into a fiery exchange between former presidential candidate Rick Santorum and Democratic politician Christine Quinn. When Santorum pointed out that the child developing within the womb of the mother is obviously a human being, Cuomo began barking his response, eyes flashing angrily, demanding to know why Santorum didn’t “believe in the Supreme Court.” Quinn leapt in and claimed, bizarrely, that “when a woman is pregnant, that is not a human being inside of her. It is part of her body.”

That, of course, is simply untrue, and every embryology textbook in the country could provide Quinn with the correct information. Cuomo was more cold-blooded about the whole thing, admitting that obviously, a new and unique human life begins at conception but noting that these human beings are not currently recognized as persons under the law. He’s right, of course, but Cuomo perhaps missed the irony of claiming to be a progressive while championing the age-old tactic of separating a human being from legal personhood status in order to facilitate widespread victimization. In the meantime, he let his guest babble on and embarrass herself by managing to butcher the science while defending butchering babies.

Two days later, socialist media star and New York Democrat Alexandria Ocasio-Cortez tweeted her disapproval of a “heartbeat bill” in Georgia, which would ban abortion after the baby’s heartbeat can be detected (the heart begins to beat as early as 21 days). Ocasio-Cortez’s confusing take on this was to note: “‘6 weeks pregnant’=2 weeks late on your period. Most of the men writing these bills don’t know the first thing about a woman’s body outside of the things they want from it. It’s relatively common for a woman to have a late period + not be pregnant. So this is a backdoor ban.” CNN, of course, reported on this bewildering nonsense without stopping to ask what in the world Ocasio-Cortez is talking about.

“Six weeks pregnant” is “2 weeks late on your period” much like “8 weeks pregnant” is “4 weeks late on your period.” The point is that after conception occurs, a new human being has come into existence. Obviously, a bill designed to protect babies in the womb would be irrelevant to a woman who has a late period but is not pregnant, so I have no idea what Ocasio-Cortez is talking about. To be fair, it seems extremely unlikely that she does, either. Equally strange is her claim that the heartbeat bill is a “backdoor ban” when, in fact, the bill is pretty transparent about what it is trying to accomplish: ban abortion after fetal heartbeat can be detected. No back doors necessary: That’s right in the bill. If Ocasio-Cortez had bothered to read it, she might have discovered some interesting things about embryology.

Abortion is shaping up to be a major issue in the upcoming presidential election. The Democratic Party appears to be bought and paid for by the abortion industry, with dead-eyed Democrats refusing even to pass protections for children who survive abortion attempts. The Democrats have never met an abortion they weren’t willing to defend, and there’s not a single corpse in the dumpsters behind Planned Parenthood they won’t champion. And that is why, despite all the faults of the Republican Party and President Donald J. Trump — and they are both numerous and serious — Democrats are telling those who oppose killing innocent and vulnerable human beings that they really have no choice.