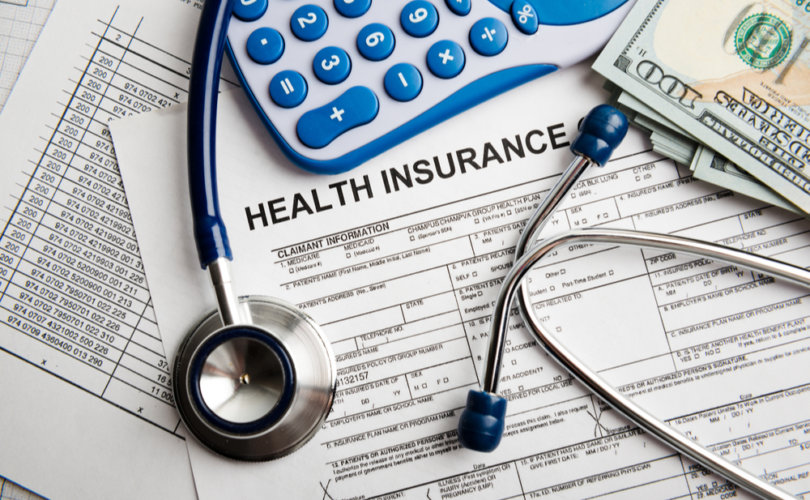 (LifeSiteNews) — Democrats in the U.S. Senate, Congress, and the Biden Administration are taking steps to get more Americans into government-sanctioned health care: namely Affordable Care Act (ACA) Obamacare plans and Medicaid through expansion.

As more Americans gravitate to such plans, the more pressure it puts on the private market which can offer more personalized health coverage.

With control of Congress and the White House, Democrats tried to push through an ambitious plan, including price restraints on prescription drugs and beefing up Obamacare, in their $2 trillion social spending bill. The party’s thin majority in the Senate failed to get the package across the finish line.

In 2017, Republicans were in control and failed to come up with an Obamacare replacement. Gearing up for a possible takeover of Congress, House Republican Leader Kevin McCarthy has set up a “Healthy Future” task force in hopes of avoiding a repeat of that washout.

To push more Americans into Obamacare plans, Democrats and the Biden administration are taking a two-pronged approach. In addition to broadening Obamacare subsidies to include higher-income households, Democrats are trying to restrict Short Term Limited Duration Insurance (STLDI).

STLDI, sometimes called “plans for healthy people,” allows consumers to bridge gaps in health insurance coverage. Premiums are lower than for ACA plans offered on the health care exchanges because STLDI is not subject to the coverage requirements of Obamacare. Consumers buy them to protect themselves against a catastrophic health event, and they can purchase them easily, often online.

The letter was signed by 37 of their Democrat colleagues and independents Sens. Angus King (ME) and Bernie Sanders (VT).

STLDI plans became more accessible when the Trump administration increased their duration to 12 months and allowed them to be renewed three times for a total coverage period of 36 months.

The senators want HHS to restrict the plans to three months with no renewal option upon expiration and to prevent people from immediately buying a different STLDI plan after one expires. In addition, they call on HHS to ban sales of STLDI plans during the ACA open enrollment period, limit their sales online and by phone, prohibit retroactive coverage rescissions, and require insurers to disclose more details of the plans.

“Short-term plans allow people to buy coverage they value,” said Brian Blase, founder and president of the Paragon Health Institute, who served as an economic advisor in the Trump White House. “People do not qualify for government subsidies if they purchase short-term plans, so we know that they only purchase them if they receive value. This is very different from ACA plans, where the government typically pays 80 percent or more of the premium.

“If HHS restricts short-term plans, more people will be uninsured, and the market will even further tilt in the direction of government control than consumer choice,” said Blase.

By restricting STLDI, consumers might be pressured to buy health care on the exchanges. In their letter, the senators specifically noted that. “STLDI plans undermine the integrity of the [Affordable Care Act] and put those with pre-existing conditions at risk,” wrote the senators.

John Goodman, a health care economist and the president of The Goodman Institute for Public Policy Research, says STLDI plans are for healthy people who don’t want to fork out thousands for an Obamacare plan with limited networks.

“It allows people to buy insurance that meets their needs for a price they can afford, without government subsidies,” said Goodman. “We should welcome this option, instead of trying to outlaw it.”

“Crowd Out” caused by Medicaid

Another way Democrats are pushing Americans into government-controlled health care is through Medicaid expansion. Obamacare allowed states to expand their programs to non-disabled individuals with incomes below 138 percent of the federal poverty level.

States are coming under heavy pressure to expand their programs with the lure of billions of dollars under the American Rescue Plan Act (ARPA). By the same token, federal regulators may penalize hold-out states. Christopher Holt, the director of Health Care Policy for American Action Forum, described an attempt under the Build Back Better Act (now shelved) that would have cut disproportionate share hospital payments (about $8 billion over 10 years, according to the American Hospital Association) to non-expansion states, permanently.

Matt Dean, a senior fellow on health care policy at The Heartland Institute who served six terms in the Minnesota legislature says Medicaid expansion damages the private health care market, which can offer consumers more choice. Dean has testified in Wisconsin against expanding its program.

“Wisconsin need only look to her neighbor, Minnesota, to find that the costs are high and that not all those costs are financial,” said Dean. “Private insurers fled. Premiums jumped as much as 56.7 percent, and networks shrank.”

“We’ve seen it in state after state,” said Clancy. “Whatever number of people you expect to sign up, multiply it by 150 or 200 percent.”

Republicans in Congress have been focusing on the Health Care Choices plan, which details 35 specific health reforms recommended by 81 think tanks and grassroots organizations under the direction of The Galen Institute.

“The employer health system in this country has been the bedrock,” Grace-Marie Turner, the president of The Galen Institute, told Health Care News on March 7. “But we are at risk of eroding it to the point that a government plan or program will be the only choice for millions of people.”

A poll by Americans for Prosperity of 1,637 registered voters in the Fall of 2020 asked respondents about four possible “fixes” for health care in the U.S.: enacting a “Medicare for All” plan, offering a public option, expanding Obamacare, or introducing a “personal health care” option, which trusts people to make their own health care decisions through flexible, individualized options for care and insurance.

“We asked people to choose,” said Clancy. “We had a positive description of each of those things.”

Surprisingly, 29 percent chose the personal option, followed by Medicare for All (17 percent), the public option (14 percent), and expanding Obamacare (11 percent).

“Democrats were much more open to the personal option than we expected,” Clancy said.