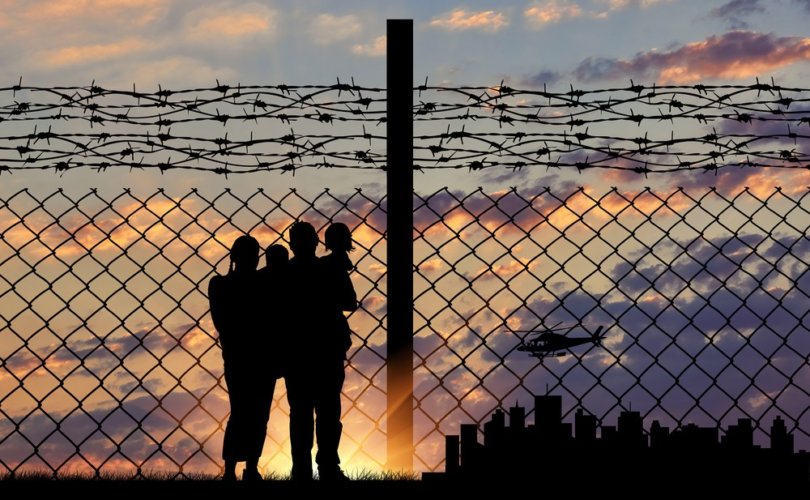 July 3, 2019 (LifeSiteNews) – The people who support abortion and divorce, want universal pre-K and daycare, and think the government should remove kids from Christian homes seem to have finally woken up to the harms of ripping children away from their parents.

Confronted with the situation at the U.S.-Mexico border, Democrats, leftists, and the liberal media are now extolling the virtues of keeping families together and highlighting the harms that come from separating kids and parents.

Contenders for the 2020 Democratic presidential nomination focused on family separation during the first round of debates. Heartbreaking news reports describe traumatized immigrant children separated from their parents.

In 2018, The Washington Post published an article (focused on the immigration crisis) on the trauma that children endure when they are forcibly removed from their parents.

“Their heart rate goes up. Their body releases a flood of stress hormones such as cortisol and adrenaline,” the liberal newspaper explained. “Those stress hormones can start killing off dendrites — the little branches in brain cells that transmit mes­sages. In time, the stress can start killing off neurons and — especially in young children — wreaking dramatic and long-term damage, both psychologically and to the physical structure of the brain.”

It’s wonderful people other than social conservatives are finally realizing how harmful it is for children and parents to be separated. But where was this outrage when Norwegian government officials chased down a terrified 12-year-old homeschooler and took him away from his parents, who weren’t even accused of abusing him? Where is the outrage over the devastation divorce causes to kids? What about some indignation over the literal ripping of unborn children out of their mothers’ wombs?

Why is it that the same people who want every kid in a government-run facility 12 hours a day while their parents serve as corporate wage slaves also oppose the separation of migrant families via government facilities?

The abortion movement often claims that pro-lifers “only care about babies before they’re born.” (This canard has been debunked many times – and it should be noted that pro-lifers are trying to save newborns from being butchered or left to die, too.) Will conservatives now start pointing out that the left only cares about families if they’re trying to enter the U.S. illegally?

1
A legacy of scandal: Pope Francis says he has ‘carried out’ plans laid during ‘pre-Conclave meetings’
2
Mass hypnosis: why can’t people see through the COVID deception?
3
Abp. Viganò: Global liberalism and Communism are destroying the Church and society from within
4
Dr. Vladimir Zelenko was a true hero and patriot who saved many lives with his COVID treatment
5
Dutch farmers fight for their livelihoods against government plans
Subscribe to Daily Headlines »