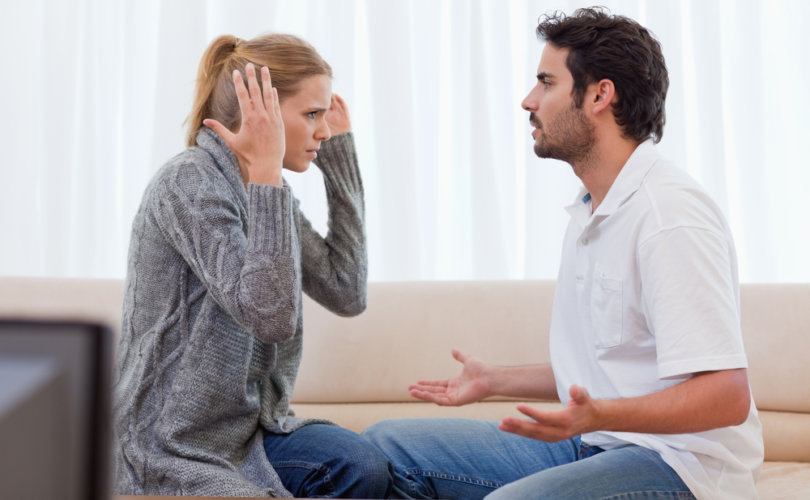 Lovers fight. Lovers get angry; and well they should. For when love is in the mix, things matter. Truth matters; error and harm matter.

July 12, 2019 (LifeSiteNews) – Finally, a Western nation is taking steps to protect children from the trauma of divorce: According to the Christian Post, parents in Denmark who wish to legally divorce will now be required by law, as of March, to take a mandatory online course called “Co-operation after Divorce” and wait for a “reflection period” of three months. This new policy, passed by the Danish Parliament several months ago, will apply to all parents with children under the age of eighteen. If the course is not completed within the three month waiting period, the couple will remain married.

According to Denmark’s Ministry of Children and Social Security Mai Mercado, the online course is designed to prompt parents to consider how the divorce will impact their children and to see the marriage breakdown through their eyes. If the “reflection period” fails and the parents wish to proceed with the divorce, the course also provides tools on how to communicate afterwards.

“The digital course answers some of the most fundamental questions that you are left with during a divorce,” Mercado told Agence France-Presse.

Like most Western countries, Denmark has no-fault divorce, which can be achieved without a judge, a waiting period, or much fuss at all: The process involves the filling out of an online form. Several years ago, The Telegraph referred to this streamlined marriage-breaking as “Denmark’s divorce express.” Columnist Helen Russell described being on a train filled with unsupervised children, having been loaded on at one station by one parent and heading to another station where the ex-wife or ex-husband would collect them. According to Russell, 42.7 percent of Danish marriages end in divorce, the fourth-highest rate in Europe. Numbers have since spiked to over 45 percent.

Despite those bleak statistics, Statistics Denmark says around 70 percent of children in Denmark live with both of their parents, which is still a precipitous drop from 85 percent in 1980. The new policy is a simple recognition that once children arrive on the scene, a marriage is about much more than the husband and the wife, and should provide an enormous incentive to keep the family together. The required divorce course was designed by researchers at the University of Copenhagen, replete with 17 different modules that assist parents in coming up with solutions to various areas of conflict.

Researchers are hopeful that the course will reduce the divorce rate by equipping those seeking to split. Martin Hald, a psychologist at the University of Copenhagen, noted that the modules were tested on 2,500 volunteers between 2015 and 2018 to “staggering” results: “In 12 of 14 cases we could see that the program had a moderate to strong positive effect on mental and physical health, improving levels of stress, depression, anxiety, physical, or mental suffering, and leading to fewer work absences.”

It is encouraging to see a liberal Western democracy begin to address the tragedy of marriage break-up with a focus on those who suffer the worst of the fallout: The children. Children are often used by parents as an excuse for the divorce, with claims that the split would be “best” for the children often constituting nothing more than thinly-disguised selfishness. The reality is that the impact of divorce on children is severe and well-documented, and despite the claims of some parents, children generally don’t care about whether their parents would be more fulfilled getting back into the dating game. They just want Mommy and Daddy to stay together.

Divorce is necessary at times, but it is also a tragedy—philosopher Peter Kreeft calls it “the murder of the one flesh.” Treating it as an occasionally necessary tragedy rather than an online form is a very positive step towards seeing marriage as a serious thing to get into, and also highlights the fact that it comes with responsibilities that often have very little to do with parental happiness.