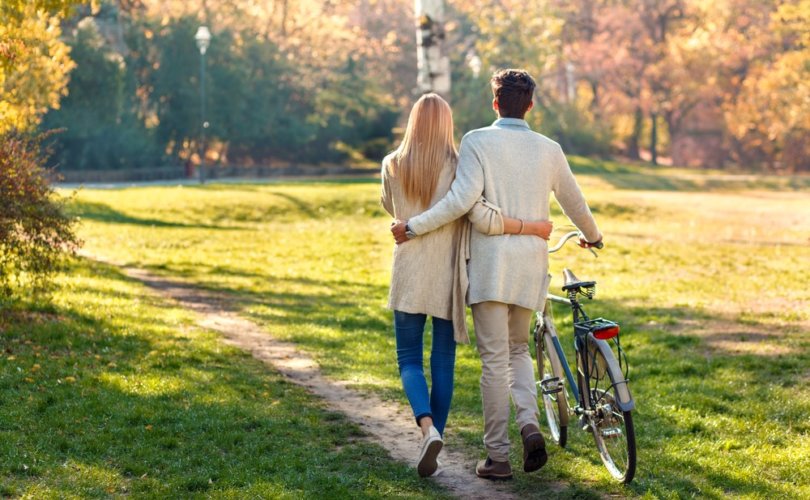 March 26, 2019 (LifeSiteNews) – The Church has always condemned cohabitation before marriage, but Pope Francis himself has been ambiguous on the issue, to say the least.

Today, on Episode 2 of The John-Henry Westen Show, I’m going to show you the Pope’s record on the issue, and explain why his approach to it has been so deeply concerning.

You don’t need to take my word for it, because I’m going to show you exactly what he said.

The John-Henry Westen Show is a short weekly commentary on the most important news developments in the Church and culture. We are beginning with a series laying out the hard evidence for our concerns with Pope Francis.

The show launched yesterday for the feast of the Annunciation, and will now appear every Tuesday.

In episode 1, I explained why it is hard, but essential that we are willing to raise concerns about Pope Francis. Doing so is an act of charity to both the Pope and the Church.

We are also releasing it in audio on platforms such as Spotify, Soundcloud, and Pippa. We are awaiting approval for iTunes and Google Play as well. To subscribe for the audio version on various channels, visit the Pippa.io webpage here.

At LifeSite we don’t take lightly criticizing the Pope nor do we do so out of any kind of animosity toward him. A holy bishop and good friend, Bishop Athanasius Schneider teaches that “the true friends of the Pope” are those cardinals, bishops, and laymen “who express their public concern about these very important issues, about the state of confusion in the Church.”

Bishop Schneider said that those who perform “adulation of the Pope” and “deny the evidence” that ambiguity in the Pope’s teachings is causing confusion are not helping the Pope nor themselves when they will face their final judgment.

Out of love and concern for His creatures God has taught us that marriage is a necessary prerequisite for sexual relations. The Catechism 2353 teaches:

Fornication is carnal union between an unmarried man and an unmarried woman. It is gravely contrary to the dignity of persons and of human sexuality which is naturally ordered to the good of spouses and the generation and education of children. Moreover, it is a grave scandal when there is corruption of the young.

However, on June 16, 2016 Pope Francis said something to the priests of Rome which went viral in the mainstream media. He seemed to promote cohabitation.

I know that sounds impossible but here’s the video of him saying it with subtitles underneath for those of you who can’t understand Italian. There’s a Vatican transcript of it too.

“In Argentina’s northeast countryside… couples have a child and live together. They have a civil wedding when the child goes to school, and when they become grandparents they ‘get married religiously.’”

He didn’t only say it once. On February 25, 2017 he made similar remarks speaking to the Roman Rota. And one of his closest advisors, his most frequent interviewer, Jesuit priest Antonio Spadaro tweeted out this photo of a couple going hand-in-hand to meet with the Pope. The caption on the photo, as you can see, contains the words of the Pope: “The welcoming of those young people who prefer to live together without getting married…”

Beyond the Church’s teaching, social science has demonstrated the harm of cohabitation. Writing at LifeSite, Dr. Patrick Schneider cited numerous studies to show cohabitation is, as he said, “bad for men, worse for women, and horrible for children.”

The rate of divorce among those who cohabit prior to marriage is nearly double that of couples who marry without prior cohabitation.

Men in cohabiting relationships are four times more likely to be unfaithful than husbands.

The rate of sexually transmitted diseases among cohabiting couples is six times higher than among married women.

For the faith, and for our children, we must charitably but firmly call out Pope Francis on these confusing and erroneous teachings which distort the faith and thus harm the faithful. I can tell you firsthand that it confuses the faithful. When all this broke my daughter was 20 years old and at college. She called to ask me, “Is it true that the pope said cohabitation is real marriage and has the grace of real marriage?” And I’ve asked several Cardinals since, “Was I supposed to lie to my daughter?”

Pope St. John Paul II described the harm of cohabitation in Familiaris Consortio. Cohabitation, he said, “presents the Church with arduous pastoral problems.” He described the “serious consequences” as “the loss of the religious sense of marriage seen in the light of the Covenant of God with His people; deprivation of the grace of the sacrament; grave scandal.” He also listed social consequences such as “the destruction of the concept of the family; the weakening of the sense of fidelity, also towards society; possible psychological damage to the children; the strengthening of selfishness.”

Our motto at LifeSite is Caritas in Veritate – the truth in love. And so it’s out of love for the Pope that we want to call him to enunciate the truth and correct the errors he has taught which have harmed the faithful.