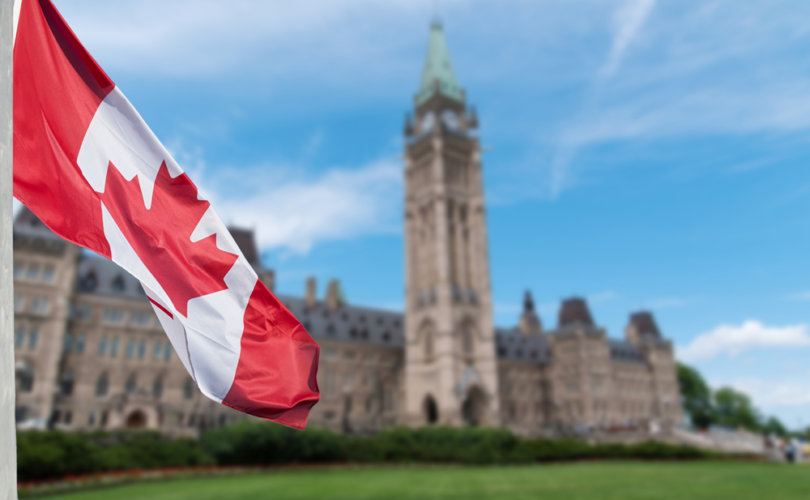 (LifeSiteNews) – Given the times in which we live, with vaccine passports, lockdowns, and growing division, it is worthwhile to evaluate the voting decisions of Canadians in the now-completed federal election to see whether any change in national sentiment can be identified.

Overall, Ottawa will stay largely the same in Parliament, with a few flipped seats and a seat gained or lost here or there for the major parties. However, if we take a closer look at the change in the national popular vote, and the voting numbers and margins from individual ridings, there are notable trends.

Much of the hype leading up to the election was centered around the upstart People’s Party of Canada. There were hopes of a “purple wave” for the PPC, as many Canadians voiced their support on social media for the libertarian-leaning party. For many Canadians, living through the past 19 months has pushed them to grow tired of consistent government overreach and Maxime Bernier – a man committed to limited government – offered a solution.

In fact, support for the Green Party dropped by about 75 percent nationally, which is striking considering the global hysteria surrounding climate change. It could be that the major national parties all gave the global-warming enthusiasts enough green energy to consume with their carbon-centric rhetoric. On the other hand, the left-leaning parties have always offered substantial deference to green initiatives, so there could be something else afoot.

Green voters can be a mixed bag, and often it is the localized focus of the green movement that attracts people as much or more than environmentalism. In addition, green voters often want to simply vote for someone who is “non-establishment” as they are sick of the status quo. It is possible that many greens voted for other left-wing parties, and it is also possible that many were attracted to the PPC platform, even though the climate was not a main area of focus. Part of the green ethos is an attention paid to toxic chemicals for both the environment and the body. It is not unlikely that a significant number of greens were attracted to the pro-bodily-autonomy stance of Bernier’s PPC regarding experimental vaccines.

Aside from the potential shift away from climate concerns and toward the libertarian mindset of the PPC, there is another striking trend that deserves attention: There are numerous ridings across the country where it is likely that center-right leaning voters voted for the PPC in numbers that sealed the fate of Conservative candidates.

Anti-Trudeau sentiment has been on the rise in Canada. Anyone who spends a bit of time looking at the comments to the prime minister’s posts on social media can easily see that, although he is somewhat of a celebrity with some, he is hated by many. Who can forget the numerous times his campaign stops were drowned out by boos and other noise from disgruntled Canadians?

The same thing happened in Edmonton Griesbach, where NDP Blake Desjarlais bested Conservative incumbent Kerry Diotte by just over two percent. The PPC vote-share in that riding? 6.2 percent. That is two seats the CPC was not expecting to lose. The same trend continued in a more pronounced way in other provinces.

Incumbent Conservative Alice Wong lost to Liberal Wilson Miao in Richmond Centre by almost the exact amount of PPC votes in the riding. Skeena-Bulkley Valley CPC candidate Claire Rattee lost to NDP Taylor Bachrach by six percent of the vote. PPC Jody Craven received 7.9 percent in the riding. The same thing happened to CPC Helena Konanz in South Okanagan-West Kootenay, as she potentially missed out on the 7.7 percent that went to PPC Sean Taylor and lost by six percent.

It could be that between Alberta and BC, eight CPC candidates lost their bid because they failed to speak up about lockdowns and vaccine passports, which were issues the PPC focused on.

Saskatchewan and Manitoba did not see any PPC action in any way that would change a vote, but numerous Ontario ridings may have been lost by CPC candidates because of the Conservative Party’s failure to reach freedom-loving Canadians.

Conservative Tyler Calver lost to Liberal Valerie Bradford by less than two percent, PPC candidate Melissa Baumgaertner won 6.9 percent of the vote in the riding. Kitchener-Conestoga was taken by the incumbent liberal by 0.3 percent and the PPC candidate received 7.4 percent of the vote. London-West went to Liberal Arielle Kayabaga, who beat Conservative Rob Flack by 4.2 percent in a riding where PPC Mike McMullen gained 5.2 percent.

Without including Quebec and Eastern Canada, it is possible that the PPC flipped 22 seats that were in the Conservative Party’s grip. That would potentially bring the CPC’s tally of 119 seats to 141 seats. It would also bring the Liberal seat-count below 141, which could have meant a CPC victory.

Only one riding in Quebec – Trois-Rivières – could have been flipped by PPC votes. The Bloc Quebecois candidate beat the Conservative by 0.1 percent and the PPC in the riding took 2 percent of right-leaning voters.

Nothing of note happened in New Brunswick regarding the PPC. But in the Sydney-Victoria riding of Nova Scotia, Liberal incumbent Jaime Battiste beat Conservative Eddie Orrell by 3.2 percent; the PPC candidate won 3.3 percent.

Little PPC movement took place in Prince Edward Island, but the Long Range Mountains riding in Newfoundland and Labrador was won by the Liberal incumbent, who beat the Conservative by 4.2 percent; the PPC candidate won 4.5 percent.

There was no PPC presence in the Territories.

Overall, it can be argued that 25 Conservative seats were lost due to the failure of Erin O’Toole’s party to speak to the desires of PPC voters, namely that Canada has no place for vaccine passports and indefinite lockdowns. In addition, who knows how many centrist voters stayed with the Liberals simply because O’Toole offered nothing that was substantially different than his opponent.

Perhaps the Conservative Party of Canada will take note of what took place and might even attempt being … conservative for the next election.