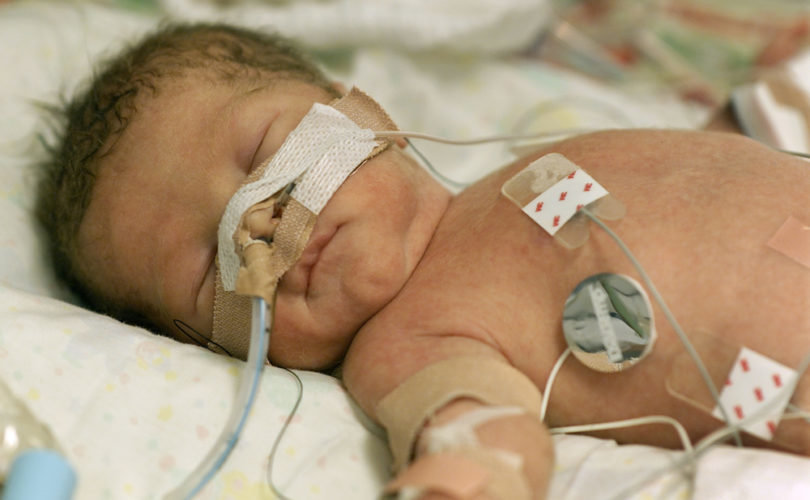 In an interview this morning on BBC Five Live on the Paul Lamb case I was asked by the presenter Nicky Campbell about evidence for a slippery slope following the legalisation of euthanasia in other jurisdictions.

I also mentioned the ‘Groningen Protocol’ under which disabled babies had been given lethal injections in the Netherlands.

Campbell appeared not to know about this and asked me on air to email him information about it to which I agreed. Another BBC journalist phoned me after the interview to check my sources.

I sent her a link to the original paper on the ‘Groningen Protocol’ from the New England Medical Journal in 2005.

It says that ‘Twenty-two cases of euthanasia in newborns have been reported to district attorneys' offices in the Netherlands during the past seven years’ but also highlights underreporting:

‘Given that the national survey indicated that such procedures are performed in 15 to 20 newborns per year, the fact that an average of three cases were reported annually suggests that most cases are simply not being reported.’

The 22 babies killed all had spina bifida and/or hydrocephalus – conditions which many disabled people live with in Britain today (Here is another report on the protocol from CBHD citing the 22 documented cases).

Under the ‘Groningen Protocol’ the termination of a child's life (under age 12) is acceptable if four requirements were properly fulfilled:

More recent reports suggest there has been a reduction in cases of direct newborn euthanasia in the Netherlands since 2005 because of 1. More efficient prenatal detection and late abortion 2. More use of ‘terminal sedation’ not recorded officially as euthanasia 3. Continued underreporting

Other issues I mentioned to the BBC in my email included:

2.  In Belgium, nearly half of all cases of euthanasia are not reported to the Federal Control and Evaluation Committee. Legal requirements were more frequently not met in unreported cases than in reported cases and a written request for euthanasia was absent in 88%.

3. A recent study found that in the Flemish part of Belgium, 66 of 208 cases of ‘euthanasia’ (32%) occurred in the absence of request or consent.

4. According to a recent report Belgium is now the ‘world leader’ in organ removal after euthanasia with at least nine cases since 2005 but suggestions are that there would have been many more had more euthanasia patients had transplantable organs.

5. The stunning 5,000% increase in Belgian euthanasia cases in eleven years since legalisation.

6. Summary of recent developments in Netherlands documenting a 15-20% increase in euthanasia cases per year since 2006 (gives good overview of overall situation).

7. The latest Lancet paper on the subject giving 12.3% as the figure for terminal sedation deaths in the Netherlands and summarising other past papers in NEJM/Lancet

I gather that Nicky Campbell has since agreed on twitter with my opponent in the interview (Andrew Copson of the British Humanist Association) that I was ‘a past master in extreme and irrelevant claims’ (I'd be interested to hear his evidence for that btw) but at least he will be able to verify the truth of my claims about euthanasia in Belgium and the Netherlands from the links given above.