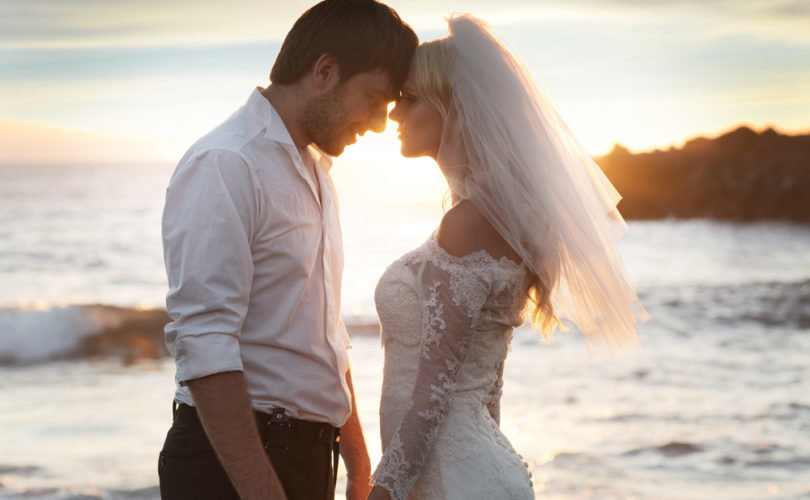 Christians realize that there are greater goods than the gratification of desire. Delayed gratification—waiting for sex until marriage—is worth more than a hundred tawdry hook-ups.

March 17, 2015 (LifeSiteNews) – In a society obsessed with sex but with no idea how to even define it, attempting to have a reasonable conversation about sexuality has become increasingly difficult. Any attempt to refer to anything that resembles order immediately incurs loud shouting and angry accusations. In a time where a zoo of bizarre proclivities can parade with a police escort down Main Street, it is only Christians who are considered weird.

Most often, we are accused of being “repressed.” Specifically, they mean we are sexually repressed, which is to say, we don’t do precisely what we want, whenever we want, and with whichever person or persons happens to catch our fancy. This confuses them, because the secular hyper-individualism that dominates our cultural psyche is incessantly telling them and us that we must all hurry on and indulge in our fair share of pleasure while the getting is good.

Behind the accusations that Christians are “repressed” is the assumption that sex is the highest good, and that satiating our sexual desires should be one of life’s primary focuses. The moral compass of the Sexual Revolution, which closely resembles a dizzying merry-go-round, dispenses with the Judeo-Christian worldview and embraces a materialism that assumes the here and now is all we have. Thus, we see traditional restraints on sexual expression, which were erected based on the idea that an orderly society demands sexual order, are being discarded with disgust and declarations of bigotry.

Even ordinary suppressions of desire are no longer demanded, and in many circles openly mocked. “Open marriages,” in which the spouses can pursue sexual dalliances or secondary pseudo-marriages with other partners are becoming all the rage. It is irrational, we are told by our uninhibited cultural intellectuals, to expect two people to remain faithful to one another ‘til death do them part, because people live far longer now than they used to. The human animal, they say, is not built for monogamy, and we should stop stigmatizing infidelity and let people live as they please.

And as for the children, they of course will be happy as long as mom and dad are happy, and if what makes mom and dad happy is a string of one night stands, emotional entanglements, and an unstable lifestyle, then so be it. After all, children are so often only an irritating possible side-effect of sex, and society is no longer ordered around their protection. Children used to be considered gifts. Now, too often, they are seen as consequences.

“Polyamory,” which could also be described as a loosely organized orgy, is moving into replace marriage altogether. For those who would like more formalized arrangements, polygamy is sure to come along shortly. After all, no-fault divorce, the abandoning of marriage for common-law, and the redefinition of marriage to include same-sex relationships have already reduced the once sacred institution to a casual government contract convenient for financial kickback. Now that the government is paying people for having sex rather than incentivizing couples to have children and raise the next generation of taxpayers, why not throw the doors open wide? It’s more inclusive that way.

I could go on. Society has not only accepted that sex has been unmoored from the safe harbor of monogamous marriage, but it loudly advocates this state of affairs. Our prayers are not welcome in public, but our private parts are, if the wide selection of exhibitionist parades our cities have to offer are any indication.

Christians realize that there are greater goods than the gratification of desire. Delayed gratification—waiting for sex until marriage—strengthens the marriage bond and creates an exclusivity worth more than a hundred tawdry hook-ups. Recognizing that the One who created sexuality surely knew how best to order sexuality grants a freedom that far surpasses those who revel in anarchy, searching in vain for happiness within pleasure. Christians realize that fences are not put up just to keep us in, but to keep the wild animals out.

When I’m asked if Christianity encourages repression and the suppression of desires, I always respond that yes, of course it does. Every society demands the repression of certain desires, and every society that ceased doing so has crumbled. Ours is already a confused and unhappy society, seeking the meaning of life in meaningless fluid-swaps that barely achieve the status of a cheap imitation of intimacy. I prefer the beauty of the family, of dedication to one person for life, as long as it should be, and a society that seeks the protection of the next generation above all. Our culture is so often asking the right questions about sex and happiness. It has just forgotten all the right answers.