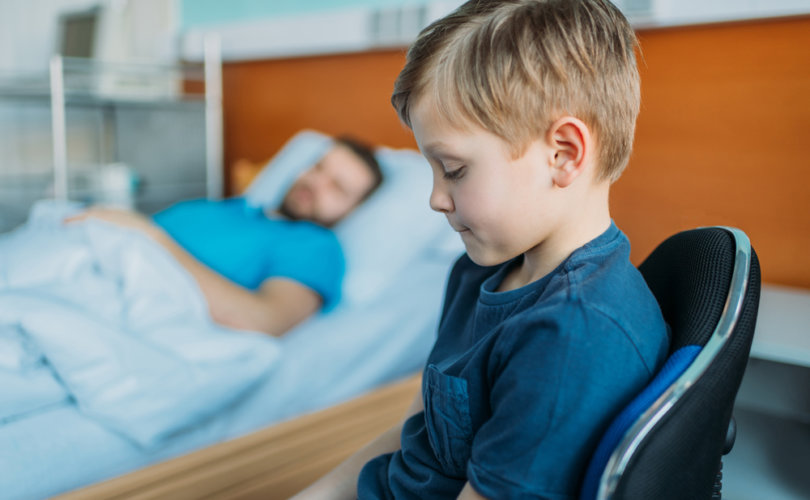 October 15, 2020 (LifeSiteNews) – Assisted suicide and euthanasia have been perpetually in the news these past few months. The Irish parliament is considering legalization. The Trudeau government is set to radically expand access to assisted suicide. The Netherlands has been considering permitting those who feel that their lives are “completed” to kill themselves with the assistance of medical professionals. And worse, euthanasia for children between the ages of 1 and 12 will soon be de facto legal in the Netherlands, as well.

Despite the dire nature of these developments, many pro-lifers have a much harder time responding to suicide activists and euthanasia advocates than they do rebutting abortion activists. Abortion kills a helpless human being, pitting the strong against the weak. Assisted suicide is more complicated, because often (although not in the case of infants and children who are euthanized) it involves an explicit request from someone who wants to be killed. In short, the lines between the perpetrator and the victim are far fuzzier with euthanasia and assisted suicide than they are with abortion.

I’ve addressed those arguments many times in this space, and so I won’t relitigate the fundamental issues with consent as a standard for assisted suicide again. But every so often, we are reminded how disturbing all of this is—the government funding and facilitating the suicide of citizens. Recently, I came across a paper published in the Faculty of Medicine of the University of British Columbia, one of Canada’s most prestigious universities. Written by Toronto doctor Susan Woolhouse, it details her advice for “Preparing children for the medically assisted death of a loved one.”

Woolhouse writes that she has “had the privilege of being involved in over 70 assisted deaths” as either “an assessor or provider.” The average age of those being dispatched, she writes, is 72. Most of the time, the doctor kills the patient in the presence of adults, often their grown children or grandchildren. But one day, she says, “I received a referral for a 40-year old man, and I realized how ill prepared I was to support a family with young children through MAID. Yet, instinct told me that involving children in the MAID process of their loved one was possibly one of the most important and therapeutic experiences for a child.”

Let’s pause here for a moment to clarify what she is saying: That having children witness the suicide of a dying parent or relative is “therapeutic.” This is not, as she states later, the same as being present at a deathbed from natural causes. This is being present to witness the life of a loved one being cut short by lethal injection, at their own request. That is fundamentally different.

Through her research, Woolhouse says she has eight “tips” for preparing children for witnessing doctor-assisted suicide. For example, she advises families to have the children present. She also advocates for open conversation about death with children—although she warns that they must be given “honest, compassionate and non-judgemental information about MAID.” In short, suicide must be presented as a good choice. If that is done, she writes, “there is no reason to think that witnessing a medically assisted death cannot be integrated as a normal part of the end of life journey for their loved one. If the adults surrounding them normalize MAID, so will the children.”

In other words: Normalize suicide-by-doctor as a valid death, and children will accept it as normal. Even if it is their loved one who is being killed before their eyes. And make no mistake, this is not simply incendiary rhetoric. That is, quite literally, what is happening when someone receives a doctor’s assistance in committing suicide. Suicide should never be normalized. It is heartbreaking that such an obvious thing needs to be stated.

Woolhouse writes that it is important to explain to children that the two options facing the family member choosing assisted suicide are a painful death or a painless one, which is not true in many instances (and will certainly not be true once the Trudeau government has completed their expansion of Canada’s euthanasia regime.) This, of course, also ignores the fact that in some cases the children and other family members are being robbed of more time with their loved one, something that has already caused great bitterness in those left behind. Consider this gut-wrenching photo in The Guardian of a Dutch woman who chose to be euthanized at 76, lying in an open casket. Pressed tenderly into her lifeless hands was an open letter from her son, written after her death, explaining how upset he was by her decision. He wanted more time with Mom. She left anyway.

Perhaps the most chilling part of Woolhouse’s paper was “Tip 6: Explain exactly what you are going to do and why.” To help the children become comfortable with what is going on, she writes, “[o]ffer to show your equipment (syringes, stethoscope, IV supplies). For example: ‘I have a tray with the things that I will use to help your loved one die. These include medication and syringes. I am going to leave them on the table and if you would like to look at them you can. I will stand beside the table and you can ask me any questions.” Read that over once more and try not to shudder.

And then there is Tip 7: ‘Explain what they will see/hear/feel when the body dies.’:

Use clear language and avoid euphemisms. Remember, children are literal thinkers. Use the terms death, dying, dead and died. If you tell them that their mother is asleep, they might expect her to wake up. Here is what I say: “I am going to give your [loved one] medication over a period of about ten minutes. This medication will make her very look very tired and then she will very quickly go into a coma. This means that she will no longer be able to hear, see or feel any pain. You might hear strange breathing sounds, however these do not cause her any pain. Her skin will get colder and maybe even change colour. She will stop moving her body. Her heart will eventually stop beating and this means that her body has died. When a body dies, it can no longer see, feel pain, or hear. It can’t ever be fixed.” Note that once a person has died, I do not use the loved one’s name when referring to the body so as to help children understand that their loved one is no longer alive. For example: “Your mom was really special to you. I know you are sad that your mom died. Would you like to spend more time with the body?”.

Tip 8 offers Woolhouse’s final advice: “Regardless of whether or not they have been present for MAID, children can be given the option of having time with the body after their loved one has died. Seeing and feeling that their loved one is not breathing and there is no heartbeat can be helpful in order to understand the permanence of death, especially for young children. Children also appreciate being given the opportunity to have ways to say goodbye, and can make crafts for their loved ones to have with them during their assisted death. A great idea given to me by Andrea Warnick, a national leader on children’s grief, was to make a ‘Hug’ to wrap around their loved one as they die.”

That nation after nation is reclassifying suicide as healthcare is horrifying enough. That we are now attempting to normalize the suicide of loved ones for children should force us to realize just how sick we have become. This paper does not simply describe how to walk children through the suicide of their mother or father. It describes the suicide of our terminally sick civilization, which we are all currently witnessing. It tears at the heart to imagine a child toying with the tools the doctor will use to end the life of her parent, asking innocent questions as if this were a “compassionate” thing to do—as if Mom or Dad were a household pet to be put down when suffering. This is a fundamental rejection of our very humanity, and we should flee from it as fast as we can.