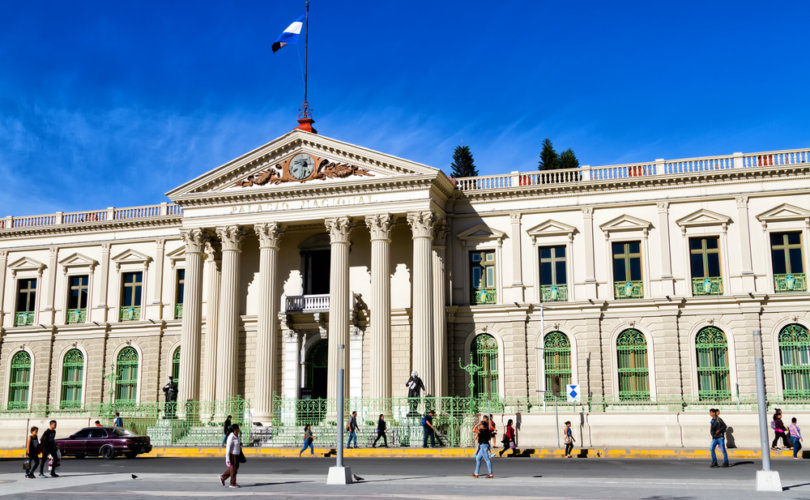 (LifeSiteNews) – A favorite tactic of abortion activists is to stipulate that, if abortion is illegal, women will be constantly under suspicion of having self-aborted and could be prosecuted for miscarriages. We’ve seen these claims leveled by abortion activists and industry executives in attempting to get laws overturned across Latin and South America — activists in the U.S. are warning that such scenarios are imminent should Roe v. Wade be overturned next month.

El Salvador has been in the crosshairs for some time. Attempts to legalize abortion in 2016 and 2018 failed; in May of 2021, another bill that would have decriminalized abortion was archived by the commission of the Legislative Assembly of El Salvador, aborting yet another attempt to purge the nation of its pro-life laws. Abortion remains illegal, and the nation’s constitution recognizes “every human being as a human person from the moment of conception.” El Salvador’s penal code allows for sentences of between two to eight years in prison for people performing or procuring abortions.

But activists, supported by foreign NGOs, progressive Western governments, and the global media, have continued to push. Pro-life leaders have begun to push back.

A Salvadoran psychiatrist and former director general of the Dr. Robert Masferrer Institute of Forensic Medisine of El Salvador, Dr. José Miguel Fortín-Magaña Leiva, is pushing back against claims made by the press. Specifically, he released a statement to ACI Prensa, rebutting claims made by Kate Smith, who worked for CBS News before becoming the senior director of news content for Planned Parenthood (prior to her job switch, National Review referred to her as the “CBS News Ambassador for Planned Parenthood.)

In her three years at CBS, Smith worked hard to frame El Salvador as a cruel regime, creating a 2020 documentary warning direly that El Salvador was a cautionary tale for America. El Salvador, Smith told CNN recently, is what America could look like post-Roe, and claimed that since 1998 over 140 women accused by the authorities of procuring abortions were imprisoned for up to 35 years.

“They wake up and they’re shackled to the hospital bed and there was a police officer there investigating them,” Smith said. “Doctors told me that when they are looking at a patient, there is no way for them to tell the difference between an induced abortion and a spontaneous miscarriage.”

Smith’s accusations, says Fortín-Magaña, are egregious, and she “is at best absolutely mistaken when she claims that in El Salvador women are imprisoned and harassed for induced abortions” and is also wrong in claiming “that those who have suffered a miscarriage are also prosecuted and imprisoned by an infamous law.” Her claims, according to Fortín-Magaña, are lies “for the propaganda purposes of the organization she works for today.”

El Salvador has its problems, Fortín-Magaña admitted. “But it would be absolutely unfair to say that what Ms. Smith says is true, because it’s not.”

Another Salvadoran pro-life leader, Julia Regina de Cardenal, agreed with Fortín-Magaña. The president of Yes to Life Foundation told Catholic World Report that “it’s not surprising that a pro-abortion activist lies to try to convince you that she’s defending women when in reality she is promoting an industry that exploits pregnant women in dire straits that need support, not violence and death. In El Salvador there’s not a single woman imprisoned for induced abortion, because women found guilty are sentenced to community service. The women she says are supposedly imprisoned for ‘miscarriages’ and ‘obstetrical problems’ were actually convicted of aggravated homicide of their newborn babies.”

According to de Cardenal: “Forensic evidence shows that the full term babies were strangled, stabbed, struck with a rock, had their necks broken, suffocated in septic tanks or inside plastic bags, etc. None of these cases have to do with abortions much less miscarriages. They were infanticides.” In fact, de Cardenal noted that “maternal mortality has been drastically reduced in El Salvador since the legislation in El Salvador was changed in favor of life. Saying that Salvadoran ‘doctors’ told her that patients died because they couldn’t get an abortion is the same argument used by abortion promoters around the world.”

— Article continues below Petition —
STAND with Abp. Cordileone as he bars Nancy Pelosi from Holy Communion until she repents
Show Petition Text
15413 have signed the petition.
Let's get to 17500!
Thank you for signing this petition!
Add your signature:
Show Petition Text

Sara Larín, founder of the Life El Salvador platform, concurred with her pro-life colleagues. “Smith is blatantly lying [when she] asserts that there are 140 Salvadoran women accused of abortion,” she told Catholic World Report. “According to official statistics from the Office of Access to Public Information of the Attorney General’s Office, from 2013 to date there are no women serving jail time for the crime of abortion. This is so because the penalties for abortion are minor and community service can be performed instead. Smith is actually talking about 140 women sentenced to 30 years in prison because it’s the minimum sentence given for crimes of aggravated homicide.”

Smith, Larín noted, is simply a shill for Big Abortion, and did not examine the cases of “María de los Ángeles Portillo, who murdered her daughter by suffocating her with a sock; or the recent case of Evelyn Sánchez, who stabbed her newborn baby in the chest … a serious journalist would ask to read all the evidence for the sentences and would find that none of these cases were miscarriages. However, Smith confined herself to speaking for pro-abortion organizations in El Salvador that receive funding from Planned Parenthood.”

The same pattern played out in the U.S. in the lead-up to Roe v. Wade; it unfolded in Ireland in the run-up to the 2018 abortion referendum; and it is happening across Latin and South America as pro-abortion journalists trawl for tragic stories they can twist and present to the public as compelling and compassionate rationale for decriminalizing abortion and establishing feticide regimes. El Salvador’s pro-life activists are pushing back. But as we saw with the death of Savita Halappanavar and so many other stories, a lie gets halfway around the world before the truth has a chance to get its pants on.