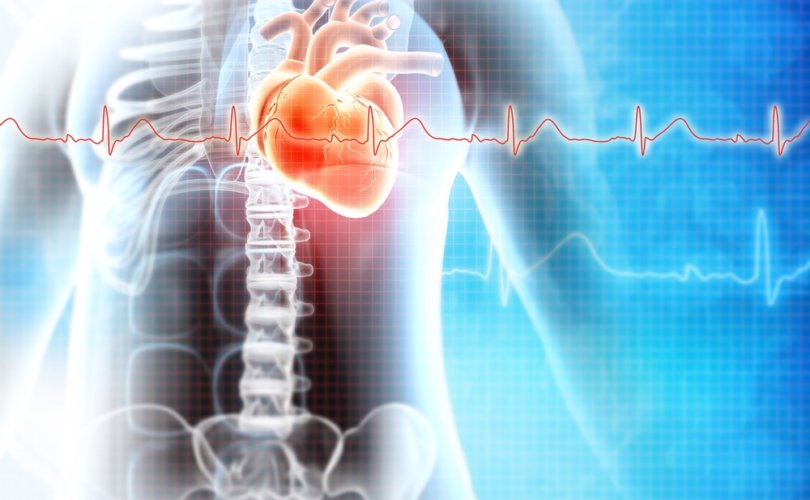 (LifeSiteNews) – They’re calling it Sudden Adult Death Syndrome, or SADS for short. Just like SIDS – Sudden Infant Death Syndrome – when healthy babies die suddenly (and most often on the same day as a wellness visit to the pediatrician). Except it occurs in adults. And children and teens too, though the name doesn’t reflect that. Yet.

Healthy, young people are suddenly dropping dead across the globe, the Daily Mail reported last week, saying the surge of the “mysterious syndrome” is baffling doctors.

The article described the case of Catherine Keane, a 31-year-old woman from Dublin who walked 10,000 steps a day and was a regular at the gym, and just didn’t wake up one day when she was staying with friends.

“They were all working from home so no one really paid attention when Catherine didn’t come down for breakfast,” Catherine’s mother, Margherita, told the Irish Times. “They sent her a text at 11:20 a.m. and when she didn’t reply, they checked her room and found she had passed.”

“Her friend heard a noise in her room at 3:56 a.m. and believes now that is when she died.”

‘Tip of the iceberg’

Doctors in Australia have started a register to keep track of such cases. They are one of only a few countries in the world that is going to track ambulance data for deaths that doctors don’t usually see.

“The majority of these SADS events, 90 per cent, occur outside the hospital – the person doesn’t make it – so it’s actually ambulance staff and forensics caring for the bulk of these patients,” cardiologist Elizabeth Paratz of the Baker Heart and Diabetes Institute said.

What was obviously missing from the article, which should have been of interest to any medical journalist in the COVID era and certainly to any doctor, was mention of the experimental vaccination status of these people, like Catherine, who have been dropping dead out of the blue in above average numbers.

It’s as though a warp-speed developed, never-before-used on humans, powerfully immune- and gene-modulating injection that hijacks cell machinery to churn out spike proteins (now recognized as the deadliest bit of the COVID-19 coronavirus), still in clinical trials, and linked to lethal inflammatory heart diseases like myocarditis and blood clotting disorders, could not possibly have anything to do with unexplained deaths.

So in Australia, which happens to be one of the most vaccinated countries on the planet where greater than 95% of those over 16 are deemed “fully vaccinated,” doctors are now urging people under 40 years old to get their hearts checked because of their risk of suddenly dying without warning. And they don’t have a clue “why.”

In their country, all-cause mortality is up by more than 20% in the past year. “In 2022, there were 29,685 deaths that occurred by 28 February…which is 5,052 (20.5%) more than the historical average,” according to the latest government report. COVID deaths don’t explain the rise, but no one has answers. In fact, no one seems to be even questioning why.

For doctors who care about their public status, to even entertain the idea that an experimental injection developed by a criminal recidivist pharmaceutical giant like Pfizer with its record of hiding damning data, might play a role in some of the mysterious deaths is unthinkable. Like a High Priest questioning the dogma of the Holy Grail of the New Religion of Science. You don’t question cult leaders or their core message.

The article seems to suggest that these mysterious deaths of young, healthy people have always happened, and we just haven’t noticed. We missed it before when kids like this 12-year-old Canadian girl or this 18-year-old died in their sleep, as these did recently. It’s normal that 13-year-olds drop dead at summer camp, and teens collapse in track and field , and young farmers die while plowing their field,  and young Marines die on leave and young mothers of children don’t wake up, and young athletes perish of silent heart inflammation without warning.

Not to mention the astonishing fatalities in professional sports these days. In April, the One News Network reported that between March 2021 and March 2022, 769 athletes had collapsed on the field during competition, some dying, some carried to hospital.

Except it’s not normal. Cardiovascular deaths catalogued by FIFA, the international governing body of association football, alone, quadrupled the average since 2009 last year, as the graphic from The Exposé below shows.

It’s all coincidence, we’re told, it just happened to be after the experimental mRNA shots linked to heart inflammation rolled out and were mandated in most countries for sports participation.

All the professional soccer players are smoking pot. That must be it.

Maybe it’s normal for a 23-year-old Romanian water polo player to exit the pool mid-game and die. And the list goes on. And on.

It’s no secret that the new gene-modifying mRNA shots against COVID are linked to myocarditis and pericarditis – inflammation of the heart muscle and the protective sac containing the heart, respectively. And that young males are particularly vulnerable, although it can strike anyone.

Despite the sudden downplaying of the gravity of these painful conditions by public health officials, heart inflammation is deadly serious. It weakens the heart muscle and strangles blood flow to the rest of the body. It can lead to strokes from clotting and heart attacks and sudden cardiac death. It causes scarring of heart tissue that cannot be regenerated.

A case series from Seattle Children’s Hospital published in April looked at 16 cases of children, ages 12 to 17, three to eight months after they developed myocarditis following COVID-19 mRNA vaccinations. In all cases, while the children improved clinically, they continued to show MRI image heart abnormalities, and their markers for heart inflammation remained elevated. The researchers weren’t sure what this meant for their heart health long-term. They just don’t know. But it’s not a good sign.

A recent study, from another of the most highly vaccinated countries in the world, looked at data from Israel’s National Emergency Medical Services (EMS) from 2019 to 2021, and specifically at emergency service calls for cardiac arrest and acute coronary syndrome in 16- to 39-year-olds. It detected a 25% spike in calls during January to May 2021, compared with the years 2019 to 2020.

The emergency calls for heart issues in the young were significantly associated with the rates of first and second vaccine doses administered to this age group, but were not associated with COVID-19 infection rates, the researchers found. Their findings “raise concerns regarding vaccine-induced undetected severe cardiovascular side-effects and underscore the already established causal relationship between vaccines and myocarditis, a frequent cause of unexpected cardiac arrest in young individuals,” they concluded.

But no one dares to pause the vaccine campaign to save lives while they investigate.

At least the brilliant physicians in Australia are counting the bodies and warning fit and healthy young people that they could die at any moment, though the doctors haven’t the foggiest idea why.

COVID has shone a light on the large blind spot that doctors and public health officials have for information that doesn’t fit their embedded set of beliefs – beliefs in themselves and their professional bodies.

It’s hardly the first time in history that the medical establishment has been unable (or unwilling?) to look honestly at itself in the mirror.

No one’s story exemplifies the hideous pride of the medical establishment better than that of Ignaz Semmelweis, the Hungarian doctor credited with discovering that it was doctors’ filthy hands, contaminated by autopsies, that were killing nearly one in five women in maternity wards in the 1840s. He instituted the first policy of hand washing by delivery doctors and cut maternal mortality to near zero. But he wasn’t celebrated at the time. For pointing the finger at his own profession, Semmelweis was ridiculed first, then viciously attacked.

He called his colleagues “ignorant murderers” (they were, for tens of thousands women died painful deaths of sepsis while most stubbornly ignored Semmelweis’ advice to wash their hands). For this, they tricked him into visiting an insane asylum, pretending he was on a tour with them, but then locked him up there where he died, ironically, like the women whose lives he saved, of a gangrenous infection brought on by injuries he sustained resisting arrest.

If this is how the medical establishment responds to challenges it hasn’t liked in the past, then what is Sudden Adult Death Syndrome, really? How long will it be before they have the courage to look?

And what is SADS’ predecessor, Sudden Infant Death Syndrome (SIDS)? Did it come about the same way? What is the real reason healthy babies started suddenly and mysteriously dying, which has “baffled” doctors and researchers for decades?

This is a staggering finding, yet the conclusion of the CDC “experts” was even more shocking: “we did not detect any concerning patterns that would suggest causal relationships between vaccination and deaths.”

Of course they didn’t. They are willfully blind. They call it SIDS and blame cribs and the infants themselves for sleeping on their tummies. They launched government programs to make babies sleep on their backs and ignored that more babies died as their campaign failed and the number of shots given to infants soared.

Neil Miller’s 2021 study of VAERS confirmed the close proximity of “baffling” unexplained baby deaths to powerfully immune-modulating injections given to them.

The Food and Drug Administration is packed with blind people from the medico-pharmaceutical industry, however. And they are poised to approve their COVID shots for six-month-old babies now. It is time for the baffled doctors to lose their blinders.

Editor’s note: This article originally suggested that tennis star Rafael Nadal quit a tournament because of a possible adverse reaction to a COVID-19 vaccine. LifeSiteNews has learned that Nadal was suffering from stress fractures in his rib cage. LifeSiteNews regrets the error.