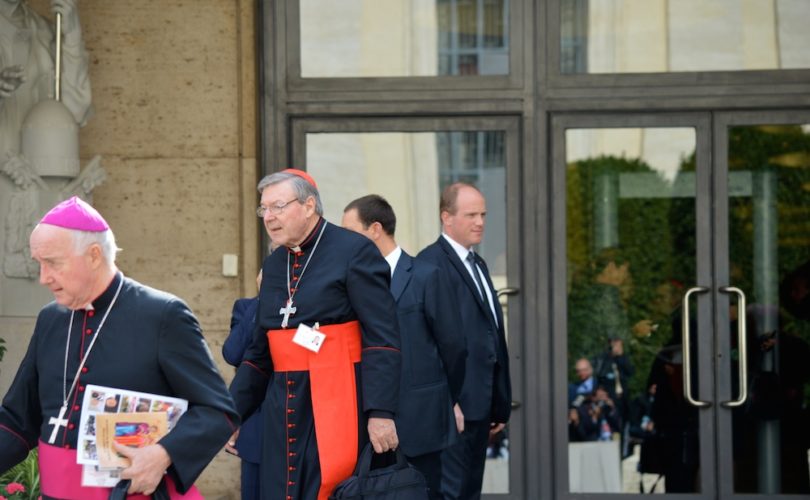 June 5, 2019 (LifeSiteNews) – On the plane back from Romania, Pope Francis responded to a question about Pope Benedict, who, he said, he thought of as a wise old grandfather. He then spoke about the nature of tradition:

Speaking of tradition, [the composer Mahler] said that tradition is the guarantee of the future and not the keeper of ashes. It is not a museum. Tradition does not preserve ashes; the nostalgia of fundamentalists [is] to return to the ashes. No, tradition is the roots that guarantee the tree grows, flowers and gives fruit.

Pope Francis is here freely combining two images: Mahler’s, and one of his own, of tradition as a root or source for what we do. In Evangelii Gaudium he expressed it slightly differently, in relation to evangelization:

Nor should we see the newness of this mission as entailing a kind of displacement or forgetfulness of the living history which surrounds us and carries us forward.

Tradition, memory, history, is as it were the energy which gives energy to even the perpetually new enterprise of evangelization.

Mahler’s dictum says something similar. The original German is “Tradition ist nicht die Anbetung der Asche, sondern die Weitergabe des Feuers”: that is, tradition is not the worship of ash, but the passing on of flames.

Mahler’s saying has so often been used to criticize traditionalists, that it is easy to miss the fact that in itself it is a defense of tradition, not an attack on it. It does, however, distinguish genuine traditionalism from something which would be absurd: the worship of ash, however that is to be understood. Pope Francis attributes this activity, by implication, to a group of people he calls ‘fundamentalists’.

It is never quite clear who is the intended target of Pope Francis’ generalizations, and since this is presumably an intentional feature of them I do not propose to try. The distinction between tradition as a vital force carrying us forward, and which we want to pass on, and a sterile worship of ashes, is nevertheless an interesting one.

If the past inspires us to creative efforts, whether in art or in the life of the church, this is tradition functioning as it should. A reverence for the past which does not do this, however, is sterile. Put like that, it is difficult to argue with the distinction.

It leads us to ask: Is what we are doing an example of the former or the latter? How can one tell? We need an objective basis upon which to make a judgment.

The Second Vatican Council may give us some guidance here, since in seeking to equip the Church to evangelize the modern world more effectively, the documents of the Council demand that certain aspects of the tradition not be sacrificed. For example, from the Decree on the Liturgy, Sacrosanctum Concilium: “Thus, in the course of the centuries, [the Church] has brought into being a treasury of art which must be very carefully preserved.” Again: “The treasure of sacred music is to be preserved and fostered with great care.” Again: “the use of the Latin language is to be preserved in the Latin rites.” Again: “The liturgical year is to be revised so that the traditional customs and discipline of the sacred seasons shall be preserved”.

The idea here is precisely that these things are roots providing the life and energy of the Church in the renewed program of evangelization. Discarding these things—Latin, sacred music, devotional art, and the ancient customs and disciplines of the liturgical year (fasting in Lent is the obvious example)—will lead to the sterility of a plant whose roots have been cut off. There will be no flowers, no fruit.

Pope Paul VI, who promulgated this document in 1962, wrote even more explicitly about Latin chant four years later (Sacrificium Laudis): “We therefore ask all those to whom it pertains, to ponder what they wish to give up, and not to let that spring run dry from which, until the present, they have themselves drunk deep.”

Those who concern themselves with the Church’s liturgical traditions are concerning themselves with the very things which Vatican II and Pope Paul VI saw as the living roots of spiritual vitality. We owe a great debt of gratitude to those who preserved Gregorian Chant through the dark days following the Council, when it was banished from so many churches around the world, as we do to those who fought to preserve the Church’s patrimony of art, which in too many places was being willfully destroyed. Those who wish to bring Latin back, or who talk about restoring Lent as a truly penitential season, are trying to re-grow roots which, in time, will revitalize the Church.

To adapt Pope Francis’s expressions, if we wish to be carried forward by living history, we have to be surrounded by it; if we wish to see the tree bear fruit, it must have healthy roots.