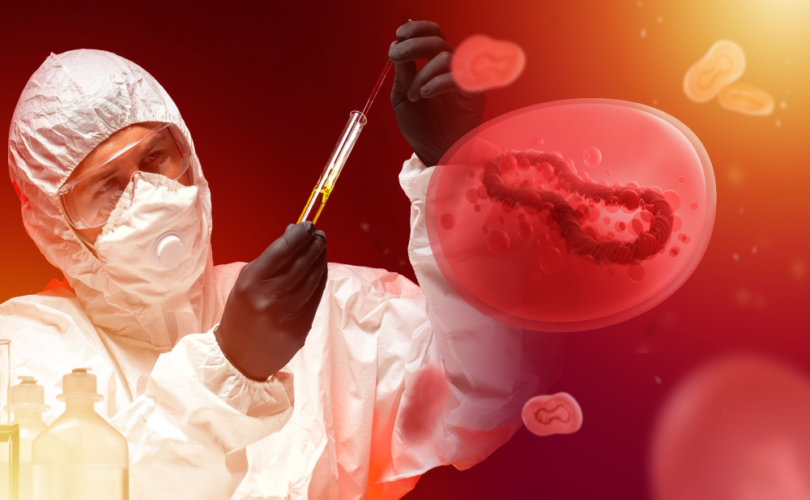 (LifeSiteNews) – In late July, the World Health Organization declared monkeypox to be a “global health emergency.” Monkeypox, which manifests itself in the infected by fever, headache, sore muscles, and rashes on or around the genitals (among other symptoms), primarily infects “men who have sex with men,” according to mainstream media.

Monkeypox is often passed along through sexual contact, which had commentators like Andrew Sullivan fulminating on Twitter about the lack of monkeypox vaccines available heading into Pride Month. In short, this disease could largely be prevented by…social distancing.

But casual sex, of course, is an untouchable right post-sexual revolution — and telling LGBT people to curtail their sexual activity is possibly the greatest heresy. And thus the very health officials who shuttered schools, kept people from the bedsides of dying relatives, closed or limited church services, ordered people to stay in their homes, and demanded that everyone stay six feet apart and masked, would not even consider shutting down mass Pride events that became vectors of infection.

In fact, the primary concern of many politicians now is not monkeypox, but the idea that the activities spreading it may attract stigma. As notorious California legislator Scott Wiener—the sponsor of a law reducing the consequences for refusing to disclose HIV to a sexual partner—put it on Twitter: “Lots of sex shaming of gay men around monkeypox. The same shaming we saw in the 1980s re HIV. Lecturing people not to have sex isn’t a public health strategy. It didn’t stop HIV — it made it worse — & it won’t stop monkeypox. What will work is vaccination, testing & education.”

Lots of sex shaming of gay men around monkeypox. The same shaming we saw in the 1980s re HIV.

Lecturing people not to have sex isn’t a public health strategy. It didn’t stop HIV — it made it worse — & it won’t stop monkeypox.

What will work is vaccination, testing & education.

At the time of writing, his tweet has 1,100 quote tweets, with hundreds of people pointing out that Wiener was a big fan of social distancing until it came to the suggestion that sexual contact should be avoided to stop the spread of monkeypox. That, of course, is too far.

This may be as good a time as any to point out that nearly every sexually transmitted disease has been on the rise in Canada for years now. Chlamydia rates have increased every year since 1997, with a 72% rise between 2001 and 2010. Gonorrhea rates increased 53.4% between 2001 and 2010, and have not stopped rising since—rates among women between the ages of 15 and 19 are four times the national average. Syphilis rates rose a staggering 456.7% between 2001 and 2010, with especially dramatic increases among “men who have sex with men.”

In the U.S., there are over 20 million new sexually transmitted diseases every single year. In a country of 318 million people, 110 million men and women have a sexually transmitted disease, resulting in direct medical costs of at least 16 billion dollars annually, and probably much more. Half of these new infections occur in young people between the ages of 15 and 24.

How often do you hear those numbers in the media? Virtually never. Diseases and infections with often brutal and lifelong physical (not to mention psychological) consequences are more or less ignored, because everyone is afraid that if we talk about sexually transmitted diseases, we might have to talk about social distancing.

And to talk about social distancing with regards to sexual behavior, we’re going to sound a lot like we’re advocating abstinence…which, we’ve been told for decades while STD rates rise, simply doesn’t work and is not realistic—until they decided to shut down entire countries to “stop the spread.”