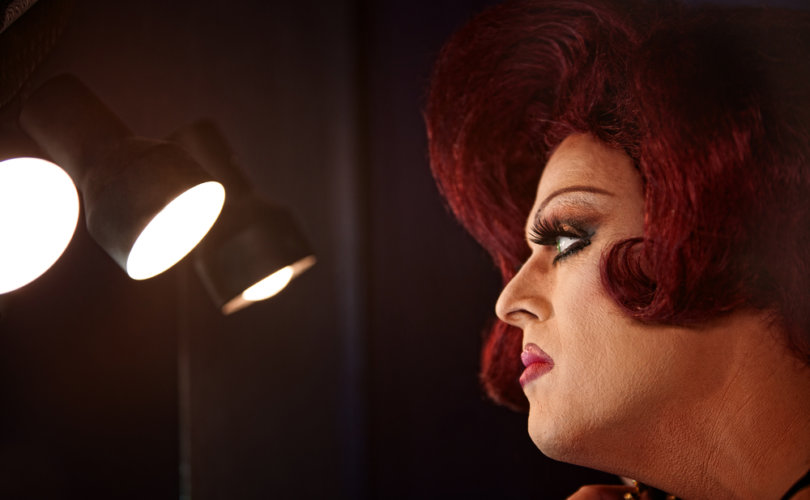 July 16, 2018 (LifeSiteNews) – With Ontario Premier Doug Ford’s repeal of Kathleen Wynne’s 2015 sex education curriculum—it will be temporarily replaced with the previous (and also Liberal-created) curriculum while consultations with parents are held—LGBT activists have melted down. The accusations are typical: the Progressive Conservatives have been accused of “endangering children” in order to further their agenda. Of course, the reverse is actually the case—transgender activists, being fully aware that a tiny minority of parents are going to be spreading the trans ideology to their children (how many moms and dads are going to tell their sons or daughters that they may have been born into the wrong body?), thus need to hijack the school curriculum in order to ensure that their worldview is planted into fresh, vulnerable minds.

Debra Soh, who holds a PhD in sexual neuro-science research from York University and frequently writes about these topics for a variety of publications, said as much in the Globe and Mail, noting that she had once been a supporter of Wynne’s sex education curriculum, “but watching how its unscientific claims about gender identity have spread so prevalently has dampened my enthusiasm. The curriculum promotes the idea that there are more than two genders and that gender identity is socially constructed. The fact that few people have pointed out how these teachings aren’t based in science should raise a red flag in parents’ minds.”

Further to that, Soh wrote, “According to one survey, less than 1 per cent of people in the United States identify as transgender. That means for over 99 per cent of us, our biological sex is our gender. A curriculum that teaches gender fluidity is misleading and will impair a child’s ability to have an accurate understanding of the world.” Soh’s research inflames trans activists, who insist that children must be told that gender is fluid and non-binary, that genitalia are irrelevant in determining gender, and that there are many different genders beyond male and female. Any refusal to teach their ideology is, in their eyes, “transphobic.”

The transgender wars are not limited to Ontario and the debate around sex education curriculum in public schools. Across the Western world now, transgender activists, while claiming victimhood status, have successfully managed to achieve an astonishing cultural clout in an incredibly short amount of time, utilizing those platforms to push for legal, educational, and political changes. These changes amount to a cultural groundswell that gives this tiny activist minority the appearance of overwhelming strength, especially as transgender figures have become very effective at presenting their ideology settled fact. Consider just three recent examples of this:

Angela Ponce, who recently won Spain’s national beauty contest, will now become the first transgender “woman”—and biological male—to compete in the Miss Universe Pageant. The 27-year-old plans to use this new platform to promote the transgender ideology worldwide, telling the New York Times, “Having a vagina doesn’t make me a woman. Even if many people don’t want to see me as a woman, I clearly belong among them.” So what is a woman, if all biological identifiers are irrelevant? Ponce has a ready answer—and one that flattens any conception of femininity entirely: “There are women with a penis and men with a vagina, because the only key part of being a woman is to be and feel like a woman.”

After massive backlash from the transgender community, the impeccably progressive actress Scarlett Johansson pulled out of a lewd bio-pic on Dante Gill, a notorious transgender figure who ran a massage parlor as a front for a prostitution business. LGBT activists insisted that the part should be played by a transgender person. A columnist at Business Insider even resigned after her column explaining that acting was make-believe and that roles are frequently filled by people who did not actually experience the things they were portraying in real life was abruptly pulled by the magazine after pushback from trans activists. We can only hope that with Johansson’s departure from the project, the film will die a swift and ignominious death before it can be inflicted on viewers.

In Boston, Massachusetts, the transgender ideology has hit the frontlines of the culture wars as conservative activists butt up against a 2016 state law signed by Governor Charlie Baker which added “gender identity” to the list of reasons people cannot be discriminated against in public spaces—a law which permits biological males identifying as female (and vice versa) to enter women’s bathrooms as well as other female-only spaces. Opponents of the law are pointing out that there is danger in allowing biological males into spaces reserved for females, while LGBT activists are fighting tooth and nail to protect the law when repeal comes up for a vote in November—because if they lose in Massachusetts, it will be clear evidence that trans activists have pushed too far, too fast.

Trans activists have successfully stormed nearly every platform in their efforts to fundamentally transform society’s views of sex and gender, from Hollywood to the political arena. But it is the schools where they will fight the hardest, because if they can succeed in forcing their ideology into education curriculums and have gender fluidity presented as fact, they can begin to shape the next generation—often without the knowledge or consent of parents who would oppose this ideology if they were fully aware of the dangers these concepts pose to their children. They will continue to smear their opponents as hateful bigots who are a danger to their own children, while targeting journalists and scientists who dare to question any tenet of the gender-fluid ideology.

And that is precisely why Doug Ford’s repeal of the sex education curriculum is so important, and why it is essential that parents win this battle against activists who seek to impart their own views to the children of others.