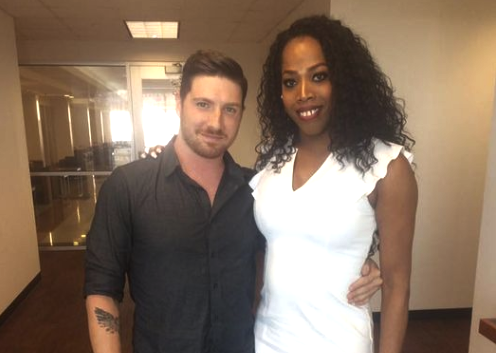 (LifeSiteNews) — Disturbing revelations have come to light about a drag queen performer seen in a viral video escorting children down the runway at a “Drag the Kids to Pride” event in Dallas, Texas.

The drag queen that goes by the stage name of Nicole O’Hara Munro is a man who identifies as transgender and changed his name in 2017 from Ricky Mitchell to Nicole Mitchell.

Children are invited on stage and walk with the Drag Queens pic.twitter.com/PGmt5oIxkD

Tracy Shannon, who is the Texas director for MassResistance Texas and previously exposed sex offenders in the drag queen story time programs, said she was tipped off by former drag queen and pro-family activist Kevin Whitt (who used to perform as a drag queen in the Dallas area) that Mitchell had a history of using and dealing drugs and worked as a prostitute. Kevin Whitt, whose drag persona was Dominique Ohara Skye, was in the same drag family as Mitchell.

After seeing the viral video of Mitchell engaging young children in drag, Shannon decided to take a closer look at this drag queen performer. That is when she discovered what his real name was and did a background check.  It turned out that Whitt was correct.  According to the report, Nicole Mitchell, aka Ricky Mitchell, has two convictions for prostitution in New Orleans and at least three convictions for possession/distribution of drugs in Louisiana and Texas.

Shannon, who has researched the drag performers involved in children’s events in libraries and schools across the country, says this is not at all surprising. “Drag culture is not only full of erotica, kink, fetish and perversion, but it is also a culture that involves a great deal of prostitution and drug use,” Shannon said.

In fact, the drag community is not shy about sharing its affinity for drugs and prostitution. Drag queens with names such as “Sharon Needles,” “Anne Fetamine,” “Detox,” “Koco Cocaine,” “Crystal Methyd,” and “Coka Addick” illustrate how comfortable the drag scene is with drug use. Many drag queens that have been featured on RuPaul’s Drag Race have struggled with drug addiction.

In this video (warning explicit and vulgar language), two famous drag queens discuss drug use and glorify drug use while making several disclaimers stating that isn’t their intent. Drag Queens featured on Ru Paul’s Drag Race have talked about their drug use here and here, and one performer was arrested on a drug charge.

RuPaul even struggled with addiction when he was younger.

Shannon and MassResistance also exposed the lurid sexually-oriented business run by a drag queen story hour entertainer. RuPaul Drag Race contestant Rock M. Sakura said, “The truth is, my [sex work] job paid for my expenses while I lived in [San Francisco] and helped me pursue and fund my drag, even on Drag Race.” RuPaul’s Drag Race contestants Katya and William Belli have shared tales of their prostitution experiences in interviews.

Whitt, a former transsexual/drag queen/prostitute who has launched his own pro-family organization called Culture Warriors of America, was asked if many of the drag queens he worked with also as prostitutes and if many of his fellow drag “sisters” used drugs. “Yes, most of them,” he said. “it was hard to find one that didn’t do one or both.”

Drag culture is not for children. While those who advocate for drag entertainment for and with kids say it is all about representation and expression, there is no denying the after-dark activity in drag culture.  The promotion of drag to children is equivalent of promoting sex work and drugs to children. Those who endorse drag shows for children think of themselves as “allies” to children who may identify as LGBTQ.

In what reasonable world do serious allies of children promote a culture of prostitution and drugs to children. We have regulated industries to prevent them from marketing to children and the same must be done when it comes to promoting drag to children. Drag performances are inherently sexual and involve sexual innuendos. Watering down drag to make it “kid-friendly” is still effectively marketing drag culture to children.

We simply must do better to safeguard children.