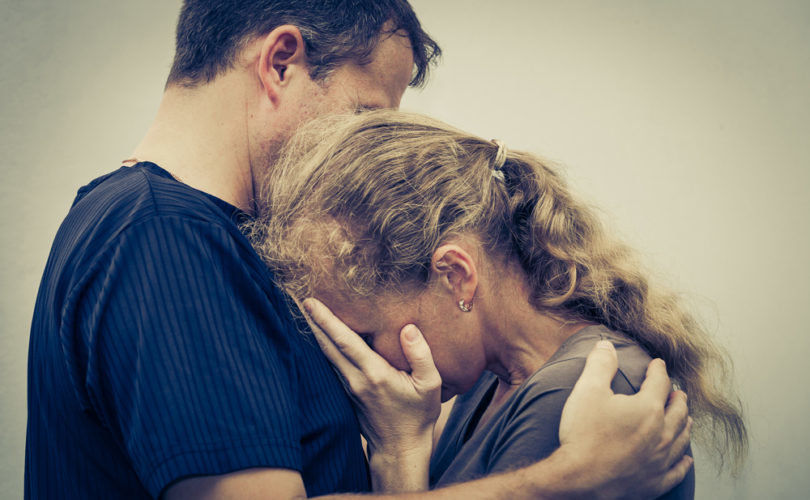 April 26, 2019 (LifeSiteNews) — As of February of 2019, the law in the Netherlands formally changed in a way that is proving far more significant than many originally anticipated. In response to a petition signed by 82,000 people, the government now allows people to register their stillborn children as a legal persons in the Personal Records Database, something that had not previously been permitted. The push for this change had been led by mothers who wished their sons and daughters who died before birth to be recognized as people of value.

What the government did not expect was a young woman who deeply regretted her abortion coming forward to register her aborted child as a legal person, something she was able to do since mothers can now seek recognition for children who died before birth. Yara’s tiny child, who died at fourteen weeks in an Amsterdam abortion clinic, obviously qualifies. Any parent can report a child who died prior to birth regardless of the time frame, and the deceased child is then added to the Dutch “persons list” next to the information of the parent(s). This means the child’s name also appears on the official government website, as well as on the populations register for persons.

The grieving mother was represented by Don Ceder, a young Dutch lawyer of Ghanaian background who was included on Forbes’s prestigious “30 under 30” list and is also a city councillor for the Christian Union party in Amsterdam. Yara approached Ceder when she heard that the law had changed, feeling that perhaps if she could register her baby as a legal person, this powerfully symbolic act would be a significant step forward in her grieving process. After Ceder examined the law, he discovered that there was no reason why an aborted child could not be registered. The new regulations do not specify the cause of death or the duration of the pregnancy as factors in which children may be registered, although it is safe to say that the cognitive dissonance with which we treat pre-born life in the womb probably caused this particular scenario to come as a total shock.

The officials at Amsterdam’s City Hall, for their part, “received [Yara’s] request with sympathy,” according to Ceder, and they even “condoled Yara for her loss” before providing her with a birth certificate for her child and adding her aborted child’s name to Yara’s personal records. In doing so, Yara has triggered a cultural conversation about life in the womb — and what abortion does to that life. “For all the mothers who will make use of this new law, it is obviously more than a mere formality,” Ceder told the Reformatorisch Dagblad (R.D.). “This is all about recognition and value, for their grief and for the child they’ve carried with them. For me personally it also raised the question: But what does this mean for the way we look at unborn life, including those who were aborted?”

Ceder is not the only one asking how society can reconcile their formal recognition of children who died in the womb as Dutch persons and a state-sponsored abortion regime that violently ends the lives of children in the womb for virtually any reason or for no reason at all. It is obvious to any rational observer that these children cannot both be valuable persons and killable clumps of cells at the same time. The case of Yara’s aborted child, who has now been legally registered, has transcended the stereotypical back-and-forth of the abortion debate, and, as Ceder pointed out, “anyone can see the uneasy sides of Yara’s story.”

Hopefully, Ceder told the R.D., stories like Yara’s will create a space where people can reconsider abortion. “Who knows, maybe all parties will reach the conclusion that we haven’t been dealing with our appreciation of unborn life as consistently as we thought, and that we can no longer fail mothers like Yara,” he said. “For the political domain that would be a signal to follow up on this addition to the law concerning the registration of persons and begin to re-examine the abortion law.”

Kees van Helden of the Dutch pro-life organization Cry for Life agrees. “For a lot of women this addition to the law is a step forward in the process of dealing with grief after abortion,” he told me. “We hope it will accelerate into a much broader public debate so that more people can become aware of what happens during an abortion. The fact that a woman can now register her aborted child as a person, with a name and a date of birth, should force our government, and perhaps other governments as well, to re-examine the abortion laws. Because according to what is now their own logic, our societies are killing human beings.”

Jonathon’s new podcast, The Van Maren Show, is dedicated to telling the stories of the pro-life and pro-family movement. In his latest episode, he interviews Dr. Monica Miller, founder and director of Citizens for a Pro-Life Society, about her start in the pro-life movement in the 1970s as a graduate student under the tutelage of Joe Scheidler. She also talks about the impact taking photographs of aborted babies and showing them to the public has had on awakening people to the horrors of abortion.