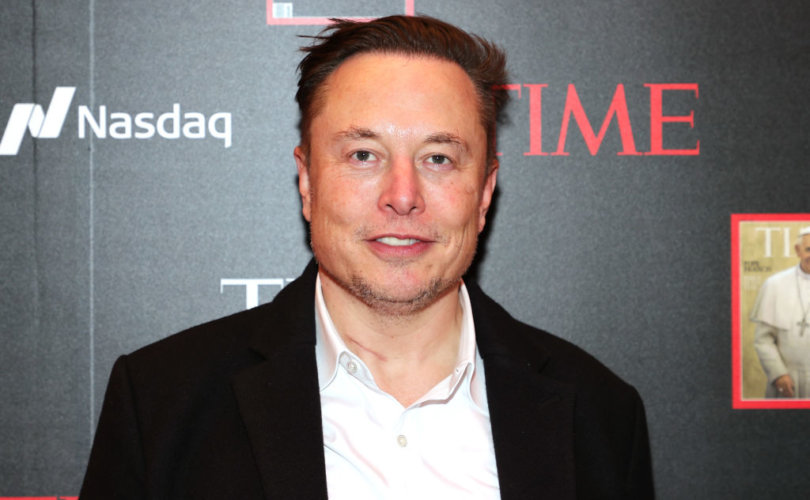 (LifeSiteNews) – It has become a popular online hobby for progressives to bash Elon Musk as some sort of supervillain due to his refusal to embrace the censorship codes necessary for the maintenance of their ideology in the public square. Musk is liberal, libertarian, and libertine—that’s no longer good enough. Thus, progressive Twitter was delighted to find out that Musk’s 18-year-old son Xavier has filed court documents to legally change his gender from male to female and his name to “Vivian Jenna Wilson,” Wilson being his mother’s maiden name (Musk was married to Justine Wilson from 2000 to 2008).

Xavier, who lives in Santa Monica, is apparently seeking to distance himself from his father, stating: “I no longer live with or wish to be related to my biological father in any way, shape, or form.” Xavier has a twin brother, Griffin, as well as 16-year-old triplet brothers—Musk and Wilson share joint custody of the teenagers, and Musk also has two children with Grimes, a Canadian singer.

Musk has boasted of Tesla’s record on LGBT issues—the company consistently wins accolades for being a good place for LGBT people to work—and is not opposed to the LGBT agenda in any tangible way, and thus the specific reason for Xavier’s public repudiation of his father is hard to determine. Progressive critics have consistently slammed Musk for his “transphobia,” but Musk’s comments on the issue are sparse and amount to irritation at the all-encompassing wokeness of recent discourse.

In one tweet, he stated (to much outrage) that “pronouns suck”; he has posted mocking memes about putting pronouns in your Twitter bio and another joking about “Netflix waiting for the war to end to make a movie about a black Ukraine guy falls in love with a transgender soldier.” Having been at the butt end of progressive wrath simply for his libertarian views, however, may mean that Musk is starting to ask more questions about woke ideology; he recently tweeted: “We are simultaneously being told that gender differences do not exist and that genders are so profoundly different that irreversible surgery is the only option. Perhaps someone wiser than me can explain this dichotomy.” (He later commented: “It is a better world if we are all less judgy.”)

The rest of the “evidence” for Musk’s transphobia amounts to evidence that progressives consider anything short of respectful obedience on gender issues to be damnable heresy; his comments in support of Texas Governor Gregg Abbott and Florida Governor Ron DeSantis; his defence of Ricky Gervais’ latest Netflix special, which includes jokes about transgenderism. These quibbles with the current orthodoxies of the LGBT movement are, in 2022, enough to get you demonized.

The sad fact of the matter is that Elon Musk has become yet another parent witnessing the confusion of one of his children result in an embrace of gender ideology, which has now become a cultural powerhouse capable of transforming hundreds of thousands of families almost overnight. The moment someone publicly declares themselves transgender and the torrent of positive reinforcement from the LGBT community begins, their parents begin to lose their ability to reach out and offer private counsel or urge caution. The LGBT movement actively urges gender-confused children to reject any parent who so much as asks questions and tells them to instead embrace LGBT activists as their “glitter family.” These activists claim the mantle of compassion while driving rainbow wedges between children and parents.

Any humane person would see this story as a tragedy with many faces—not a chance to dunk on someone who is, first and foremost, a father.