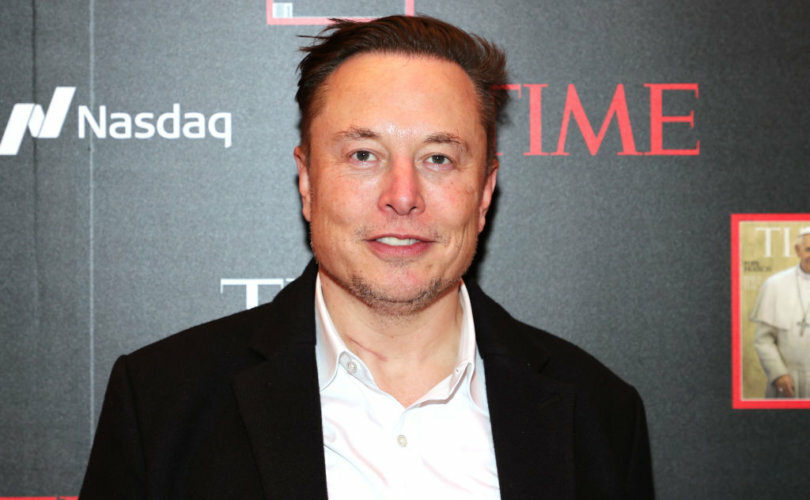 (LifeSiteNews) — On many issues, Elon Musk appears to be an ally of conservatives. A committed libertarian, Musk announced that it was essential that the digital public square be open to all voices, and promptly restored the suspended Twitter accounts of Donald Trump, Dr. Jordan Peterson, The Babylon Bee, and gender-critical dissidents such as Meghan Murphy. Musk’s view of free speech includes the right to criticize the transgender movement—that, for many progressives, has made him persona non grata and a de facto right-winger.

But the fact that progressives see support of free speech as the return of fascism is not an indication of any conservatism on Musk’s part, but rather how far the Overton Window has moved over the past decade. Musk, in fact, has boasted of Tesla’s record on LGBT record, and likely aligns with the consensus position on the redefinition of marriage. He has boasted about his big family, but the reality is that five of his sons were brought into the world through IVF and he has also utilized surrogacy (this is with several different women)—a natural family it is not.

Musk’s recent comment on assisted suicide (or perhaps simply suicide) affirm that his view of liberty is a hyper-initialized, post-human vision. Doctor and entrepreneur Peter H. Diamandas asked the billionaire on Twitter how maximal his view of freedom is: “Do you think humans should be able to choose when they die?”

“Absolutely,” Musk responded. “Freedom means freedom to die when you are sure you want to.”

A debate on assisted suicide and euthanasia—current hot topics across the Western world immediately began to unfold beneath the exchange. Dr. Jordan Peterson, himself a clinical psychologist, responded: “Many people who have treatable conditions (depression, for example) would choose death because of the reparable consequences of the illness. Not good. Plus, we’ve given power over that decision to the state in Canada. 30000+ people have chosen death. Not good. And worse to come.”

Ethicist Wesley J. Smith of the Discovery Institute concurred, noting: “No. A right is enforceable by law. See the euthanasia horrors ongoing in Canada. Suicidal people should receive prevention, not facilitation. If a right to die for any reason = death on demand. That leads to coercion and abandonment.”

Allie Beth Stuckey responded: “Then everyone should just commit suicide when they feel like it?”

Indeed, Musk’s comment and the responses to it highlight once again the lethal problem with the libertarian conception of assisted suicide—which, at its root, is simply a universal right to suicide. Musk apparently affirms this, if he really means that freedom is the “freedom to die when you are sure you want to.” What we are seeing in practice, of course, is that the word “sure” in that sentence is doing a lot of heavy lifting. How do we know someone is “sure”? How do we know they are not subject to peer pressure? Or pervasive ableism? Or that they are being driven to assisted suicide due to their economic circumstances, or their inability to get mental or physical health treatments or palliative?

As the Canadian killing regime illustrates, all of these scenarios are real, and all of them are actually happening. A world in which free people decide to kill themselves free of external pressures is a lethal libertarian fantasy that results, instead, with miserable people choosing a lethal injection as the perceived least worst option of those that they face. This sort of libertarianism preys on the weak, the disadvantaged, and the suffering—and it must be rejected completely. We have seen where it leads, and it is a mass grave.