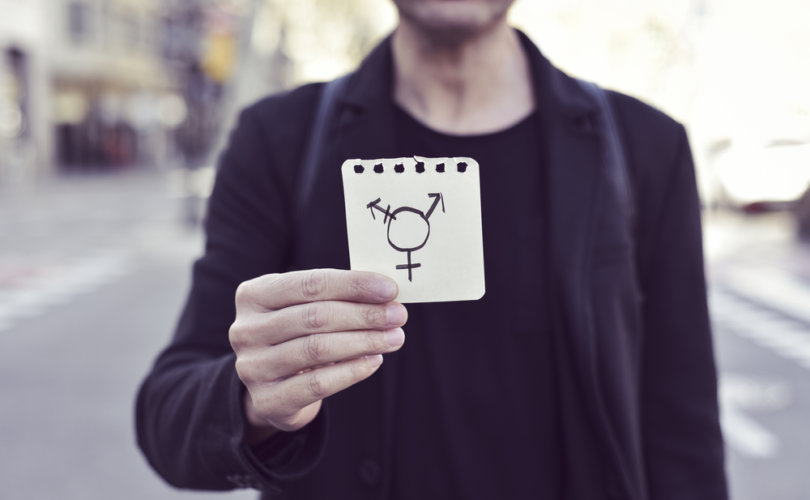 ARIZONA, December 18, 2017 (LifeSiteNews) –– “The father identifies as a woman. His fiancée, the mother-to-be, identifies as a man. The son considers himself a girl and, of course, the daughter thinks she’s actually a boy.”  Thus begins an unlikely story out of Arizona about an entire family engulfed by transgenderism, as reported by CNS News.

“Daniel Harrott was born a woman, while his fiancée, Shirley Austin was born a man. Both have previously been married,” continues the report.  “Eleven year-old Mason and 13 year-old Joshua have also switched sexes.”

News of the family spread quickly after a report was posted on the Drudge website.

What is not revealed in any of the reports currently circulating is if any members of the family have turned to medical interventions ––either hormonal or surgical–– in their various quests to “transition.”

Many in the media and the world at large were quick to affirm this family’s choices.  Yet there is plenty of reason to be concerned for this family of four, especially the children.

The problem with affirming transgenderism in a person, whether adult or child, or going further and administering hormone treatments or performing “confirmation surgery” ––formerly referred to as sex-change surgery–– is that all are opposed to the biological reality of that particular person.

“Transgenderism is a psychological disorder, not a biological one,” says Dr. Michelle Cretella, MD, FCP, president of the American College of Pediatricians.

Dr. David Stevens, Christian Medical & Dental Associations CEO recounts the story of a doctor who once told him, “If a parent came to me with an anorexic child, I wouldn’t recommend a diet in order to affirm the child’s desire to be thinner.” On the contrary, the doctor would be moved to find a cure for the child. That same concept is at play when it comes to parents who seek to support their child’s transgender urges. It ends up being “child abuse.”

Louis Brown, while former director of Christ Medicus Foundation, told LifeSiteNews, “As Catholics, we believe that  every man, woman, and child deserves the unlimited love of God. We also know that love is based in truth, and so the measure of our love for any person is measured by our willingness to desire good for them based in truth.”

“Healthcare at its core is about loving a person at one of the most vulnerable moments in that person’s life, when they have a medical need,” continued Brown.  “We must seek to love anyone who has need for medical care, but it should be consistent with that person’s biological, sexual and anthropological truth. So for Catholic medical professionals, if we’re not loving each medical patient in truth, we are not really loving them at all.”