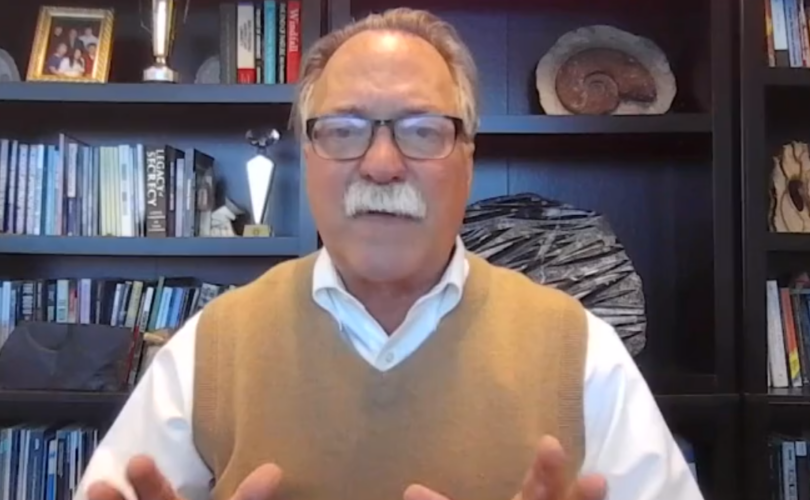 (LifeSiteNews) — It may come as a shock, but I will venture to say that everything you have been told about so-called climate change is a lie.

For the truth on the matter, look no further than the recent Epoch Times interview with Gregory Wrightstone, a geologist and author of the bestselling book, Inconvenient Facts: The science that Al Gore doesn’t want you to know. He is a senior fellow at the Cornwall Alliance and is an advisory board member of the Heartland Institute.

In the interview, Wrightstone makes a massively compelling case that pretty much everything we have been told about so-called climate change is the opposite of the truth.

I know, I know… governments and mega-corporations have proven themselves to be so trustworthy since 2020.

In all seriousness, in my experience, the issue of climate change is one of the most profoundly entrenched issues into the consciousness of liberals and conservatives alike.

We have been brought up for generations to venerate the environment, recycling, and supposedly renewable energies. And, because of our good-natured love for nature, we don’t see anything wrong with making milk-carton planters or switching to reusable coffee mugs.

It is understandable, as there is nothing virtuous about being wasteful, so we at least in part embrace the “green” revolution as a way of keeping up with the times.

However, it is time to take the “green pill” and see the truth about environmental issues.

Maybe you have already taken the “red pill,” which is to say you have swallowed the hard truth that the institutions and organizations you were brought up to trust were in fact lying to you.

This is not to say does that every institution was lying every time, but it is definitely the case that you have been told more lies that you would like to admit. However, you took that red pill and you began to see through all the lies and disorder.

For one, it is a bit tiring to constantly be “red-pilling” yourself on this or that topic. Learning new things is hard, and embracing completely new paradigms is a lot of work.

But, then comes the moment when the paradigm is shoved down your throat and you cannot ignore it any longer. For many, the COVID hysteria presented an opportunity to be red-pilled on the, well, companies and governments who we are supposed to trust about what pills to take.

Presently, we are facing a paradigm of environmental tyranny fueled – pun intended – by what Wrightstone calls the “climate industrial complex.”

The goal of the adherents to this complex is an “end game” of “zero fossil fuels.”

He believes that the governmental and corporate powers-that-be are so attached to climate zealotry that “they are intentionally inflating energy costs” so that consumers will see supposed “green energy” as a viable option.

Although he doesn’t believe climate lockdowns are likely, he did say that he thinks they are a desirable outcome by the “fringe” of the environmental movement, and that we shouldn’t discount them altogether.

The crux of the whole green-paradigm is the insistence that too much carbon – whatever that means – is the cause of warming. However, Wrightstone said this is patently false.

For one, he said that carbon (co2) is in reality a “hugely beneficial molecule” and that the presence of more co2 has led to better crop yields and a “greening” of the world.

One such benefit of more co2, he said, is that “more co2 means less water is needed for crops.”

To dispel the myth that carbon is the cause of warming, he points to historical periods of warming that occurred long before the industrial revolution.

“They were growing barley in Greenland,” he said. “You can’t grow that now.”

To put this in perspective, the climate of present-day Greenland is more like the most northern regions of Canada and Russia than a place with a long enough growing season for such a robust crop.

In addition, Wrightstone stated that in Northern England “the Romans were growing citrus.”

The only places you can expect to grow citrus fruits in Europe today are the most southern regions of the Mediterranean nations that are known for blisteringly hot summers and mild winters.

Fear the cold, welcome the warm

Admittedly, one of the reasons I have largely rejected the “global warming” narrative is because as a Canadian I view cold temperatures as a bit of a badge of honor.

However, Wrightstone said we should “fear the cold and welcome the warm.”

He added that historically when a warming period would end, civilizations would basically collapse due to lack of crop yield and a rise in disease. We are in a much better position today with technology to withstand a cooling, but in his opinion, warming is our friend.

I would have to agree, and I would also have to believe – according to his statements – that there were periods where it was much warmer in the past, and the human race was better off for it.

Again, as much as I love to embrace the Canadian winter, I would have to admit that if things were to warm up like they had in other golden ages of civilization, there would be great benefits, especially in the expansion of habitable areas of a frozen nation like mine.

As a consolation, we could still have our hockey rinks due to modern refrigeration techniques. Sounds like the best of both worlds to me.