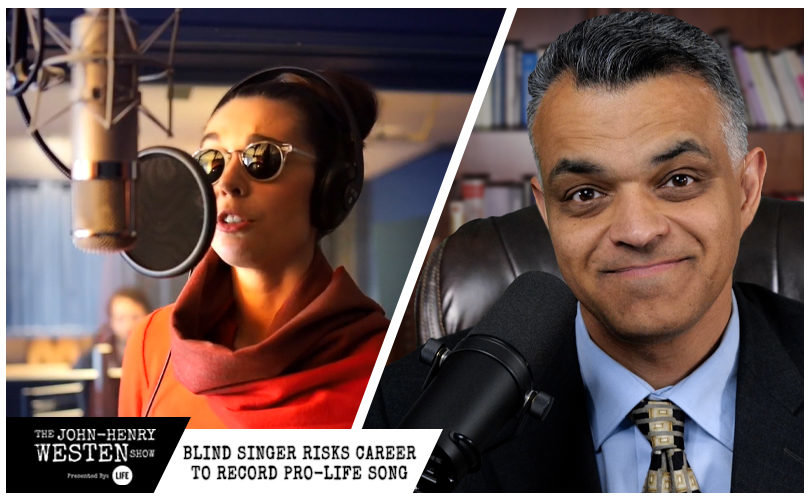 June 29, 2021 (LifeSiteNews) — European singer Bernarda Brunovic stunned the world when she first performed her incredible pro-life song at the Berlin March for Life last year. In this episode of The John-Henry Westen Show, I sit down with her to discuss why she decided to stand up for the unborn in such a profound way, going against the “orthodoxy” of the music industry.

Brunovic is a Croatian singer who reached popularity when she competed on The Voice of Germany, a competitive talent show similar to The Voice in the United States. She tells me that around the time she was competing on the program, she was informed by her spiritual director Bishop Marian Eleganti about a priest, Fr. Thomas de Beyer, who had written and composed a pro-life song.

After looking at the piece, Bernarda loved it, but at the time was too busy on The Voice to record it. After finishing the show, she contacted Fr. de Beyer and preparations were made to record the song.

It was at this time that her manager and others told her to not “to ruin your career” by recording the song. Brunovic says that she was told how the song would prohibit her from being able “to perform on significant TV stations in Germany and … [do] promtional performances.” She explains that she was intimidated and scared into giving up on the song.

However, Brunovic decided not to give in to the pressure and instead committed to be a voice for unborn children. Her performance at the March for Life in Berlin was incredibly successful, and she received praise not only from attendees, but from pro-lifers around the world.

Her story and her motivation to use her talents to save the unborn is quite amazing, and a testament to the value and potential of every human life. Ever since birth, she has been completely blind, and her parents themselves were pressured to abort her and not have any more children because of a family history of health problems.

Bernarda says that just like her parents who chose life despite the fear, she too wished to give back her life and talent to save the most innocent and voiceless. She says that by performing the song, she wanted “to be a voice for our unborn brothers and sisters,” and to give it all to God.

This story and song is just so inspirational — I hope you listen to it in my interview.