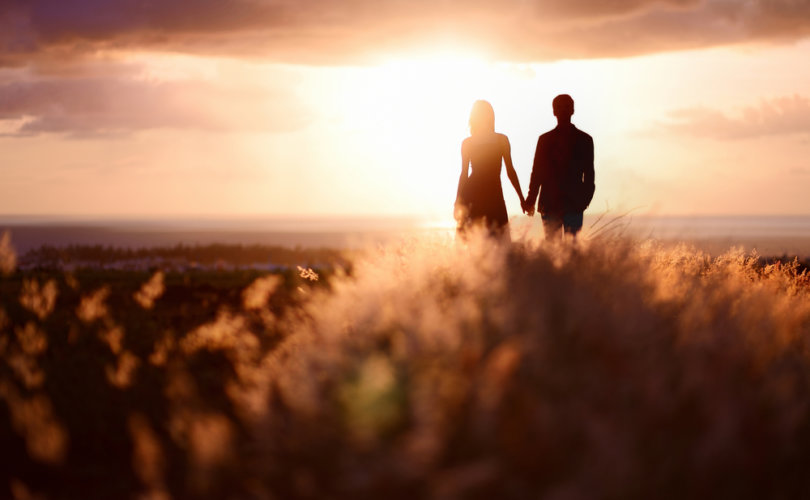 August 1, 2019 (LifeSiteNews) – In the Middle Ages, every member of Christendom lived under a common law: the law of the Gospel as taught by the Church. There were not two worlds, two standards, the sacred and the profane; there was but one, which unified all things around the Cross. Hence this society was hierarchical but not clericalist. Clericalism is the sclerosis of hierarchy. It occurs when hierarchy ceases to be a vital, internal principle of cohesion, recognized as the mouthpiece for a commonly-held Christianity, and becomes instead an externalized imposition.

If we follow St. Thomas Aquinas’s theology of marriage, which was fairly representative of the age in which he lived, we can say that married life was not seen as worldly to the exclusion of the demands of the sacred, nor was clerical and religious life seen as sacred to the exclusion of this world’s needs, but rather both were perceived as sacred realities belonging to the Church as expressions of Catholic life, and both were meant to bear fruit for the Kingdom of heaven: marriage by helping spouses to beget and educate citizens of the Kingdom, the clergy and religious by seeking first the Kingdom of God in their liturgical prayer, and then teaching and feeding the faithful with spiritual goods (and often enough, material goods). Marriage itself will no longer exist in the heavenly Kingdom, but, with the exception of Adam and Eve who were fashioned directly by God, all who are in the Kingdom are the welcome fruits of marriage, and this is precisely its great dignity: to be the unsurpassably vivid symbol and humble handmaid of ultimate heavenly joy, an indispensable midwife to the glorious City of God.

Hence, marriage in the period of Christendom was understood within the logic of the Gospel. It was not viewed as a worldly affair of self-determination and pleasure at one’s will; it involved penance and self-control, even as clerical and religious life did. During the Middle Ages Catholic spouses were routinely expected to abstain from marital relations many times during the year, including the whole of the Lenten season. Abstinence from the “use of marriage” appears to have been expected, if not obligatory, for a total of several months each year. Sexual self-restraint was an ascetical routine of periodic continence that we have not seen the likes of for hundreds of years, and a good case can be made that this loss has been detrimental to the spiritual lives of the married (cf. 1 Cor 7:5; 7:35).

The main point is that marriage was then recognized to be a true via crucis, a way to carry one’s daily cross in the footsteps of Christ. For all their differences, the married state and the religious and clerical states enjoyed a profound unity—the unity of the Christian virtues, with charity as their queen mother. The love of man and woman, and their love for their children, had to be a love of charity, not a mere earthly affection. All the demands of supernatural charity, beginning with the very demand that it have primacy over all aspects of human life, were in force in the domestic church.

However much the beautiful face of Christendom has been disfigured by wars, plagues, and revolutions over the last five hundred years, this primacy of charity remains true today, since the intrinsic nature of sacramental marriage has not changed, nor have its lofty aims and requirements.

An important consequence was seen clearly by St. Thomas Aquinas in his treatise On the Perfection of the Spiritual Life—namely, that even if only a few Christians embrace the evangelical counsels of poverty, chastity, and obedience to their full extent in imitation of the Redeemer’s way of life on earth, all Christians are called to live out their essential meaning. No less than those “dead to the world,” Christians “living in the world” must also be poor in spirit, pure in heart, and obedient to God’s word and the word of the Church. More specifically, they must strive to be frugal in bodily goods, ready for bodily continence, and obedient in the family structure. In other words, poverty, chastity, and obedience are to be lived, both in spirit and in flesh, by all Christians according to their states in life and the needs and demands of different stages in their lives.

Married couples know this from experience: such circumstances as sickness, injuries, pregnancies, travel or work demands, and the simple fact of aging make abstinence unavoidable. Moral virtue is required if the spouses are to accept these periods with a generous spirit of charity and self-denial, and turn them into meritorious temporary continence for the Kingdom. The same is true with the use of wealth and the relinquishment of independent activities outside the home that no longer suit the common good of the family.

It is a tragedy that much of the teaching of Sacred Scripture on the family, as well as much of the wisdom of the patristic and medieval tradition, has been discarded due to plain embarrassment or, worse, a modernistic view that the moral dictates of Scripture are culturally determined and thus replaceable by the more “enlightened” code of behavior that men and women of the modern West deem themselves to possess. As I pointed out in a lecture, even the Catechism of the Catholic Church succumbs at times to this temptation to follow the Zeitgeist instead of the Holy Ghost. Fortunately we are possessed of a rich and consistent heritage that guides the faithful aright, even when churchmen at a particular moment in history are culpably confused.