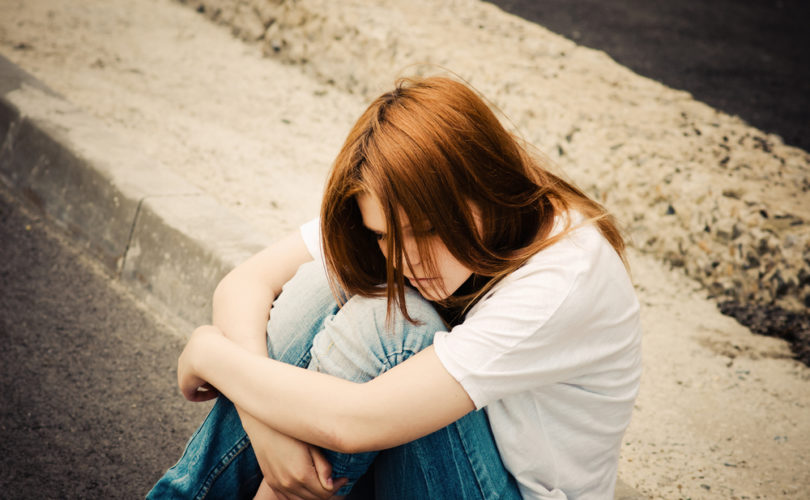 (LifeSiteNews) – For years, every whistleblower, critic, or academic who highlighted the dangers of puberty blockers and cross-sex hormones for children was shouted down by transgender activists. Books detailing these dangers, such as Abigail Shrier’s Irreversible Damage, were attacked as transphobic hate screeds and trans activists lobbied to have the book suppressed. While the number of children taking these drugs grew steadily, so did the loud insistences of the trans lobby: These drugs are reversible. They are lifesaving. And anyone who says otherwise is a liar and a bigot.

So what, I wonder, does that make the New York Times? In a lengthy report titled “They Paused Puberty, But is There A Cost?”, the Grey Lady asks questions that, only moments ago, were forbidden.

The report begins by citing the examples of children who were prescribed these drugs to prevent puberty: an 11-year-old boy who identifies as a girl; a 13-year-old girl uncomfortable with her body; an 11-year-old girl with depression who wanted to be a boy. The therapists and pediatricians had just the thing—puberty blockers. These drugs, the Times notes, “is usually framed as a safe—and reversible—way to buy time to weigh a medical transition and avoid the anguish of growing into a body that feels wrong.” Specifically, that is how it is usually framed in newspapers like the Times.

But finally—finally—the Times is covering the real story:

But as an increasing number of adolescents identify as transgender — in the United States, an estimated 300,000 ages 13 to 17 and an untold number who are younger — concerns are growing among some medical professionals about the consequences of the drugs, a New York Times examination found. The questions are fueling government reviews in Europe, prompting a push for more research and leading some prominent specialists to reconsider at what age to prescribe them and for how long. A small number of doctors won’t recommend them at all. Dutch doctors first offered puberty blockers to transgender adolescents three decades ago, typically following up with hormone treatment to help patients transition. Since then, the practice has spread to other countries, with varying protocols, little documentation of outcomes and no government approval of the drugs for that use, including by the U.S. Food and Drug Administration. But there is emerging evidence of potential harm from using blockers, according to reviews of scientific papers and interviews with more than 50 doctors and academic experts around the world.

Studies, the Times now acknowledges, have shown that puberty blockers impact bone density in adolescents—a very worrying side effect that results in weaker bones more prone to fracture. “There’s going to be a price,” said the Mayo Clinic’s Dr. Sundeep Khosla, who leads a bone research lab. “And the price is probably going to be some deficit in skeletal mass.” Research like this—which has been available for some time—is why many European countries are backing away from the use of puberty blockers.

— Article continues below Petition —
Stand with Christian daycare worker fired for refusing to indoctrinate kids with LGBT agenda
Show Petition Text
7444 have signed the petition.
Let's get to 7500!
Thank you for signing this petition!
Add your signature:
Show Petition Text

The Times takes great care, mind you, to emphasize that Republicans and conservatives who oppose these practices (that is, those who were correct from the beginning) are politicizing the issue and to load their report with quotes from medical professionals who insist that puberty blockers fundamentally do more harm than good. Many insist that even as the evidence of the effects of these drugs on bone density piles up—with stories of teenagers with fractured spines and other broken bones emerging—that the benefits are worth the costs. Not all parents feel that way:

The 11-year-old in New York, who had begun puberty and started at a new school, was increasingly distressed — refusing to bathe or go to class and, for the first time, expressing a desire to no longer have a girl’s body. When the parents consented to blockers in 2018, they hoped the drug would bring emotional stability and time to consider next steps. “If everyone thinks this will help, and it’s reversible, then we need to give this a chance,” said the mother, who asked that her name be withheld to protect the family’s privacy. The first two years were promising, with the patient, by then a teen, taking Prozac in addition to the blockers. But at the start of the third year, a bone scan was alarming. During treatment, the teen’s bone density plummeted — as much as 15 percent in some bones — from average levels to the range of osteoporosis, a condition of weakened bones more common in older adults. The doctor recommended starting testosterone, explaining that it would help the teen regain bone strength. But the parents had lost faith in the medical counsel. “I was furious,” the mother recalled. “I’m thinking, ‘I worry we’ve done permanent damage.’”

Teens who took puberty blockers are now being diagnosed with osteoporosis and chronic back pain; some have a “permanent disability” as a result of the drugs defended by trans activists and their medical enablers as lifesaving. Other experts are warning that puberty blockers have an impact on the brain that we do not yet fully understand. Permanent infertility is likely for those who took the drugs from a young age—a momentous decision for children who cannot possibly grasp the implications to make. Increasingly, de-transitioners are coming forward to tell their stories.

Jacy Chavira, who was prescribed puberty blockers and hastened on the path to transition, eventually de-transitioned but now has a voice that permanently sounds masculine as well as other irreversible changes. “I wish there had been more questions asked by the doctors,” she told the Times. “I wish I hadn’t been steered into transitioning the way I was, and that I had been told there were other ways to cope with the discomfort of puberty.” She isn’t the only one, and there will be thousands more in the years ahead.