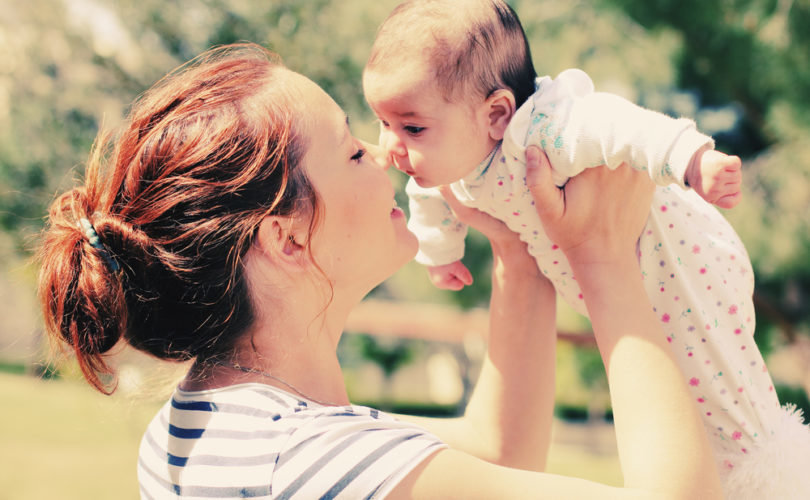 January 24, 2020 (LifeSiteNews) – To many outsiders looking in, today’s March for Life in Washington, D.C. seems to be a strange and foreign event. Hundreds of thousands of people, many of them young, from every walk of life, faith background, and corner of the country, will show up in the nation’s capital during one of the coldest months of the year to demand protection for human life in the womb, driven by a passion that many Americans on the other side of the ideological divide find nearly impossible to understand. Many of my friends will be there today, and I wish I was with them.

So why are so many people so passionate about an issue that the abortion movement thought would die almost fifty years ago? Yesterday, Ben Domenech, publisher of The Federalist, posed a question on Twitter that helped to answer that question: “Everyone who is strongly pro-life has a moment that made them feel this way. What’s yours?” Thousands of answers to that question promptly followed. Domenech’s own response was viscerally powerful:

I knew I was pro-life from a young age. But when I was 12, I read Whittaker Chamber's book, WITNESS. If you haven't read it, the chapter THE CHILD is the fulcrum of the whole thing:

“For one of us to have a child,” my brother had said “would be a crime against nature.” I longed for children. But I agreed with my brother. There had been enough misery in our time. What selfish right had I to perpetuate it? And what right had any man and woman to bring children into the 20th-century world? As a Communist, I took it for granted children were out of the question. Abortion, which now fills me with physical horror, I then regarded, like all Communists, as a mere physical manipulation.

One day, early in 1933, my wife told me she believed she had conceived. No man can hear from his wife, especially for the first time, that she is carrying his child, without a physical jolt of joy and pride. I felt it. But so sunk were we in that life that it was only a passing joy, and was succeeded by a merely momentary sadness that we would not have the child. We discussed the matter, and my wife said that she must go at once for a physical check and to arrange for the abortion.

When my wife came back…she was quiet and noncommittal. The doctor had said there was a child. My wife went about preparing supper. “What else did she say?” I asked. “She said that I am in good physical shape to have a baby.”

My wife went on silently working.

Very slowly, the truth dawned on me.

My wife came over to me, took my hands and burst into tears.

A wild joy swept me. Reason, the agony of my family, the Communist Party and its theories, the wars and revolutions of the 20th century, crumbled at the touch of the child.

And that sums it all up, does it not? The arrival of a newborn child is hope itself, perhaps even more so when the world around her seems to be darkening. I didn’t truly understand this until my daughter was born, but it is true. A child gives you a reason to fight harder for the things you love, to create a safe home for her to have a childhood, and to bear whatever burden you must to ensure that for a few precious years, she might live carefree. Yes, the world is often an ugly place. But that reality means that a little child creates a contrast so vivid than even those who do not like children cannot help but smile when they hear a baby’s giggle or see a huge, unfeigned smile of unrestrained joy.

In the thousands of responses to Domenech’s question were many heartbreaking stories, too, of women who found out too late what abortion really was and grieve their missing babies even when their missing offspring would have long moved into adulthood. And over and over again, people said that it was seeing what abortion actually is that changed their mind. Seeing the reality of severed limbs, broken skulls, and hideously beautiful little faces cut from their bodies is enough to change someone’s life. It certainly changed mine.

I wasn’t planning to join the pro-life movement fulltime when I headed off to university to study history. Nobody really plans to join the pro-life movement—as Scott Klusendorf once said, it is more like you are summoned into it. One of my professors mentioned abortion during a history of religion class, and it occurred to me that I had no idea how to make the pro-life case. I went up to the library, googled the word, and watched a video of a baby getting pulled apart by an abortionist wielding metal tools. It was as if someone had closed a fist around my insides and then squeezed and twisted. I will never forget it.

That is why hundreds of thousands of people will march today: For those 3,000 little children that will be brutally killed today, and every day, until we end the killing and restore protection for every human being, regardless of age. That is why so many people will not stop staffing crisis pregnancy centers, and counseling outside of abortion clinics, and doing street outreach, and flooding social media with the pro-life message, and volunteering for candidates who promise to stand up for the pre-born. We have seen what abortion is, and what it has done to human beings just like us. We have seen their faces, and we cannot forget them.

Jonathon’s new podcast, The Van Maren Show, is dedicated to telling the stories of the pro-life and pro-family movement. In his latest episode, he interviews speaks with Dr. Charles Murray about why America has fallen apart and what we need to do about it. Dr. Murray first became well known in 1984 with the publication of Losing Ground, a piece which is credited with being the intellectual foundation for the Welfare Reform Act. Murray is a New York Times bestseller, political researcher and scholar, and the F.A. Hayek Emeritus Chair in Culture Studies at the American Enterprise Institute.