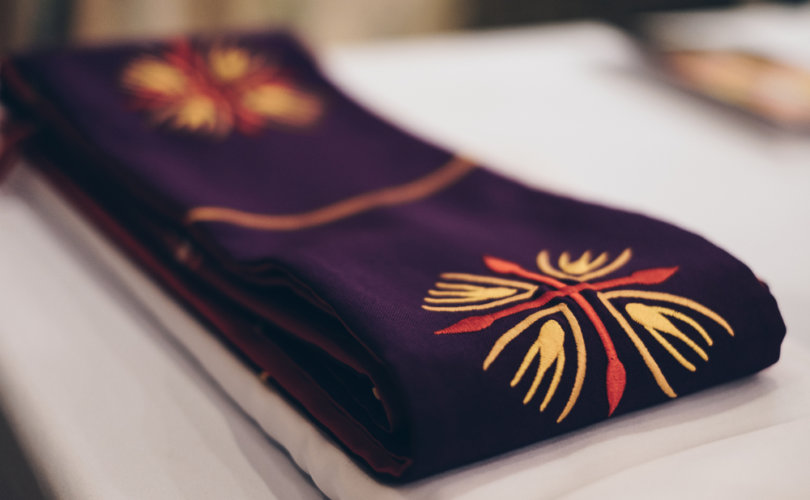 April 8, 2019 (LifeSiteNews) – Professor Marianne Schlosser, a German theologian and expert in the question of the female diaconate, has given LifeSiteNews an interview on the matter of the history of female deacons, pointing out how important it is to deal with it in a differentiated manner.

LifeSiteNews had reached out to her because Professor Peter Huenermann recently had claimed in an interview with LifeSiteNews that Professor Schlosser – who has also been a member of the Vatican Commission of the female diaconate (2016-2018) – had told the doctrinal commission of the German Bishops' Conference what the result of the work of that commission was, namely, that there were never sacramentally ordained female deacons. The report itself so far has not been published by Pope Francis.

Schlosser denied that she ever spoke about this report to anyone, let alone to the German bishops' doctrinal commission.

Professor Schlosser further gave LifeSiteNews some insights into the history of the Early Church and how this could be helpful in dealing with the matter of female deacons.

The comments below are Professor Schlosser's personal views as an expert in the question of female deacons.

LifeSiteNews: Is it true that you have given such a report [about the final report of the Vatican's female diaconate commission] to the German bishops' doctrinal commission?

The members are not permitted to speak about the results of a commission of this kind or about its discussions. That is why the claim that I had passed on such information to others comes close to damaging my reputation. However, I do not assume that this was the intention. The statements by Prof. Hünermann seemed to be based on various conjectures, false conclusions, or misinformation provided by those persons to whom he refers. In any event, these statements are as little grounded in reality as the claim that I was a “student of then-Professor Ratzinger.” This is also not true – to my own regret. A simple look at the date of my birth and my curriculum vitae would have shown that I was still in high school when Joseph Ratzinger left the university to become a bishop in 1977.

LifeSiteNews: Could you confirm that Hünermann's claim is correct, namely that the female deacon commission came to the conclusion that, in the history of the Catholic Church, there never existed ordained female deacons?

Marianne Schlosser: This second question is one that I cannot answer for the above-mentioned reason! I have not commented in the past on this commission, and I do not plan to do so in the future – except if the Pope were to order the publication of the commission’s final report. The results of such study commissions are meant for the Pope’s own use, and it is solely up to his own assessment of what to do with it.

As an academic expert who has dealt in her research for several years now with these questions, I would like to point out, however, a special difficulty, which comes to light in many discussions – and also in your own question. The answer to the question “Were there ordained female deacons?” depends upon how one takes the word “ordained.”

In the sources of the early Church, we encounter several different expressions – for example in Latin ordinare, sacramentum – which should not mislead us into taking them only in today's sense. In the first millennium the expressions “ordinatio” and “ordo” were used in a broader sense than in later times. Today this word nearly always means the “sacramentum ordinis,” the Sacrament of Holy Orders. At the time, “ordo” primarily meant a state, into which one was received with the help of a liturgical ceremony (“ordinatio”). In this sense, one spoke of the “ordo” of the monks, the widows, the presbyters, and so on. Up to the High Middle Ages we find liturgical texts that unabashedly speak of the “ordination of a diacona or diaconissa”. This is nothing new and has been known for a long time!

Therefore, does “ordained” mean that they received a “sacramental ordination”? Here, we also need to take into account that today's understanding of the sacrament – just as the number of the seven sacraments – was theologically clarified only in the 12th century and then further specified in the 16th century. In earlier centuries, the dividing line to the so-called “sacramentals” was not yet drawn in such a precise manner. This means, concretely: there were and there are liturgical ceremonies for persons, which are more than a “blessing,” inasmuch as through them an objective spiritual reality is being founded (for example the consecration of monks, nuns, or virgins), and which one certainly could call “sacramental” according to the Church Fathers – even though they have nothing to do with the sacramental ordination for an ecclesiastical office.

It seems to me to be of prime importance to focus on the theological-spiritual kernel of the “ordination of a female deacon,” as has been done for a long time, for example, by the American theologian, Prof. Dr. Sara Butler. For what kind of tasks were female deacons ordained? Are there any indications that the early Church understood this ordination as a participation in the Apostolic office? Do liturgical texts indicate that the female deacons were simply “deacons who were female,” or, rather, that they were something different, something special?  The fact that the ordination prayers for female deacons and for deacons are not identical in any of the cases that are known to me, deserves our close attention. According to the ancient principle “lex orandi, lex credendi,” such a comparison could provide a better sense of how the early Church understood the ordination of female deacons.

Yes, this matter is complicated. But one cannot dispense with such complexity if one hopes to come to reliable conclusions. In any event, I hope that these short comments indicate how problematic – and how misleading – simplifying statements can be.